Solemnity of All Saints - Vox Clara Meets in Rome re Sacraments

Almighty ever-living God, by whose gift we venerate in one celebration the merits of all the Saints, bestow on us, we pray, through the prayers of so many intercessors, an abundance of the reconciliation with you for which we earnestly long. Through our Lord Jesus Christ, your Son, who lives and reigns with you in the unity of the Holy Spirit, one God, for ever and ever. 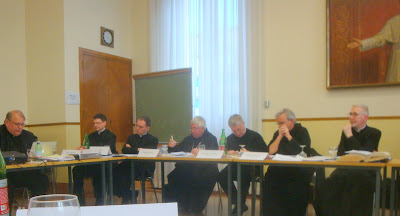 This year's meeting took place at the Pontifical North American College from October 29-31 and principally examined early translations of the Order of Confirmation and the Order for Celebrating Marriage.  Below is the press release regarding the meeting followed by some photos from the meeting itself and the social interactions during tea breaks:

The members and staff of the Vox Clara Committee met from October 29-31, 2012 at the Pontifical North American College in Rome. This Committee of senior Bishops from Episcopal Conferences throughout the English-speaking world was formed by the Congregation for Divine Worship and the Discipline of the Sacraments on July 19, 2001 in order to provide advice to the Holy See concerning English-language liturgical texts and to strengthen effective cooperationwith the Conferences of Bishops in this regard.

The representatives of the Holy See included the Delegate to the Vox Clara Committee, Reverend Anthony Ward, S.M., Undersecretary of the Congregation; Monsignor Anthony Kollamparampil; and Reverend Andrew Menke.

Various members of the Committee reported on the reception of the English translation of the Roman Missal throughout the world and ntoed with gratitude the contribution of priests in its effective implementation.

The main work of the Committee was an intensive review of the International Commission on English in the Liturgy (ICEL) Green Book translations of the Order of Confirmation and the Order of Celebrating Marriage. The members noted that all involved have gained from the experience in producing the translation of the Missale Romanum over the past decade. Making a limited number of general and specific observations on these texts to the Congregation, the members look forward to the successful completion of this project with the publication of the ICEL Gray Books early next year.

In reviewing the timelines for translation of the remaining editiones typicae by ICEL, the Committee was gratified by the Commission’s careful attention to maintaining a process which is both expeditious and attentive to the need for careful consultation on all levels.

The Committee was gratified by the success of the Roman Pontifical, recently published by Vox Clara on behalf of the Congregation. With over a thousand copies in use throughout the English-speaking world, the Roman Pontifical brings a certain stability and uniformity to liturgical practice. Further publication projects were also discussed.

On the second day of the meeting, Cardinal Pell welcomed Cardinal Antonio Cañizares Llovera, Prefect of the Congregation for Divine Worship and the Discipline of the Sacraments, as well as the new Secretary, Archbishop Arthur Roche, noting the Archbishop Secretary’s significant contribution to the work of liturgical translation during his years as Chairman of ICEL. The Prefect expressed his thanks to the Vox Clara Committee not only for its assistance to the Congregation through the years, but also for the model of episcopal collaboration which it has provided in the important work of the translation of liturgical texts of the Roman Rite.

On the last day, the Committee was received in audience by Pope Benedict XVI, who warmly greeted the members and advisors and thanked them for their work. 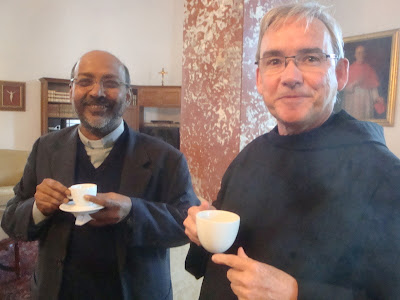 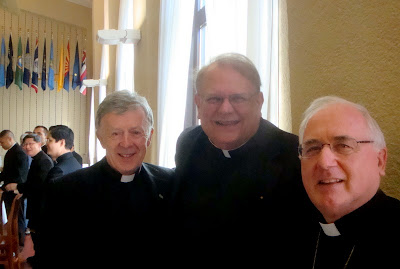 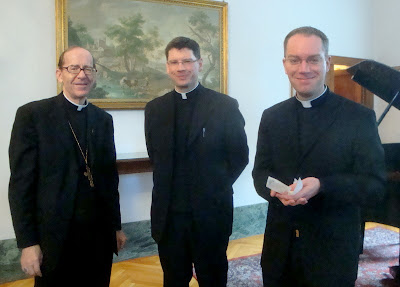 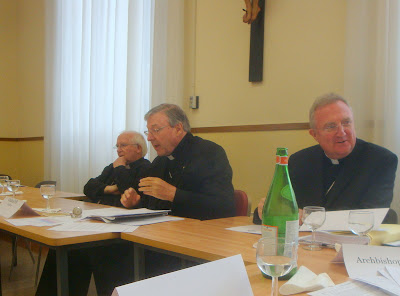 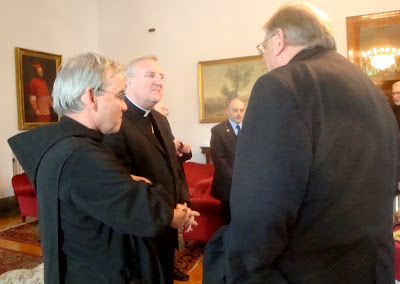 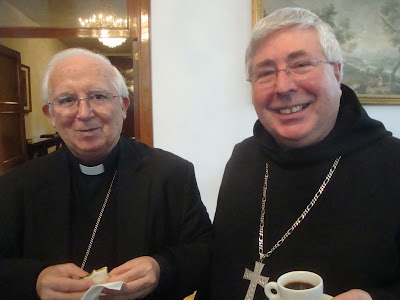 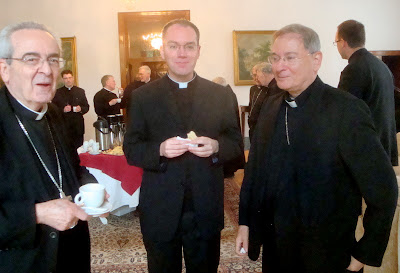 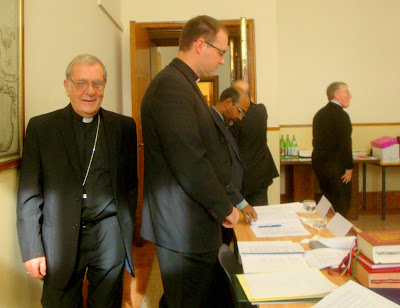 Posted by Archbishop Terry at 2:02 AM