St. Joseph is the founder of the Poor Clerks Regular (Piarists), a community devoted to the task of educating youth. At an early age Joseph loved to care for children; he gathered them together, conducted religion classes in boyish fashion, and taught them how to pray.

After a time of severe illness he was ordained a priest. His zeal found expression as he organized the Order of the Poor Clerks Regular of the Mother of God of the Pious Schools and directed the members in the instruction and rearing of children from poor parents.

While residing in Rome, Joseph endeavored to visit the seven principal churches of that city almost every evening, and also to honor the graves of the Roman martyrs. During one of the city's repeated plagues a holy rivalry existed between him and St. Camillus in aiding the sick and in personally carrying away for burial the bodies of those who had been stricken.

On account of his heroic patience and fortitude in the midst of trouble and persecution, he was called a marvel of Christian courage, a second Job. When eighty years old, he was led as a criminal through the streets of Rome by the Inquisition. His life is a consoling example of how God permits misunderstandings and opposition, even from ecclesiastics, to harass noble undertakings.

At the time of his death his Order had almost been destroyed. Then, however, it again began to flourish. [Excerpted from Pius Parsch, The Church's Year of Grace]

O God, who adorned the Priest Saint Joseph Calasanz with such charity and patience that he labored tirelessly to educate children and endow them with every virtue, grant, we pray, that we, who venerate him as a teacher of wisdom, may constantly imitate him, for he was a co-worker of your truth. Through our Lord Jesus Christ, your Son, who lives and reigns with you in the unity of the Holy Spirit, one God, for ever and ever 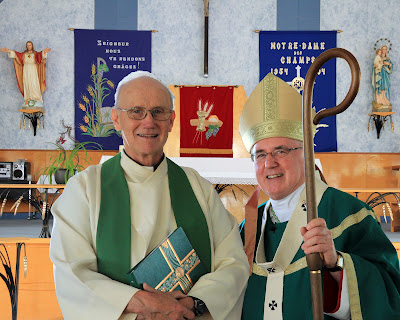 Last Sunday, I presided at the installation of abbe Maurice Dionne as pastor of two parishes, the tiny Notre Dame des Champs in Navan and the large urban parish of St. Joseph, Orleans.  Herewith some photos of the first ceremony.  Tomorrow, some pix from Orleans. (Photos courtesy Marc Lapointe) 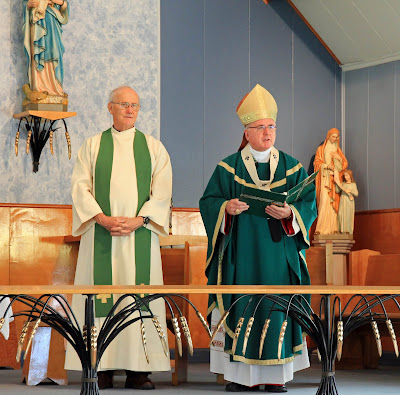 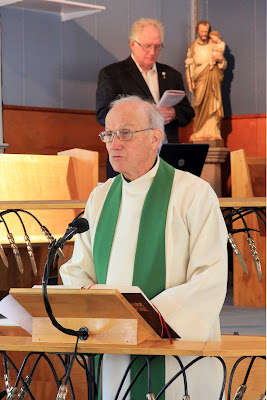 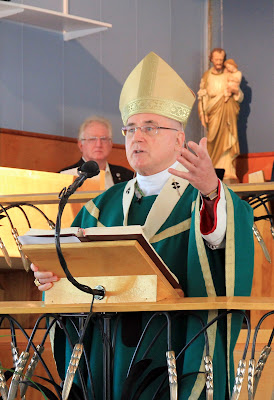 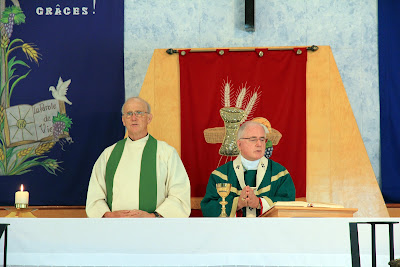 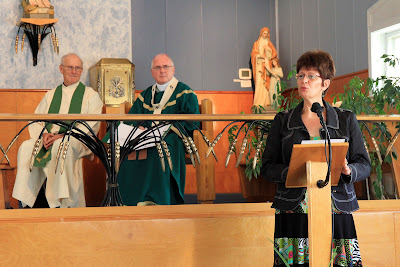 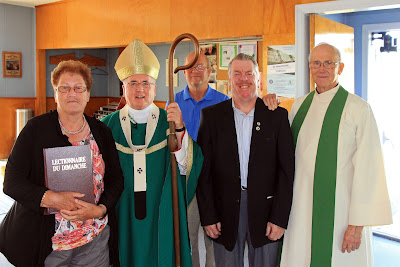 Posted by Archbishop Terry at 7:26 AM