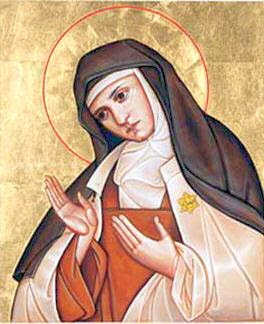 St. Teresa Benedicta of the Cross


A brilliant philosopher who stopped believing in God when she was fourteen, Edith Stein was so captivated by reading the autobiography of Teresa of Avila that she began a spiritual journey that led to her Baptism in 1922. Twelve years later she imitated Teresa by becoming a Carmelite, taking the name Teresa Benedicta of the Cross.

Born into a prominent Jewish family in Breslau (now Wroclaw, Poland), Edith abandoned Judaism in her teens. As a student at the University of Gottingen, she became fascinated by phenomenology, an approach to philosophy. Excelling as a protege of Edmund Husserl, one of the leading phenomenologists, Edith earned a doctorate in philosophy in 1916. She continued as a university teacher until 1922 when she moved to a Dominican school in Speyer; her appointment as lecturer at the Educational Institute of Munich ended under pressure from the Nazis.

After living in the Cologne Carmel (1934-1938), she moved to the Carmelite monastery in Echt, Netherlands. The Nazis occupied that country in 1940. In retaliation for being denounced by the Dutch bishops, the Nazis arrested all Dutch Jews who had become Christians. Teresa Benedicta and her sister Rosa, also a Catholic, died in a gas chamber in Auschwitz on August 9, 1942.

Pope John Paul II beatified Teresa Benedicta in 1987 and canonized her in 1998 (excerpted from The Saint of the Day, Leonard Foley, OFM).

God of our Fathers, who brought the Martyr Saint Teresa Benedicta of the Cross to know your crucified Son and to imitate him even until death, grant, through her intercession, that the whole human race may acknowledge Christ as its Savior and through him come to behold you for eternity. Who lives and reigns with you in the unity of the Holy Spirit, one God, for ever and ever

A VISIT TO SACRED HEART OF MARY PARISH 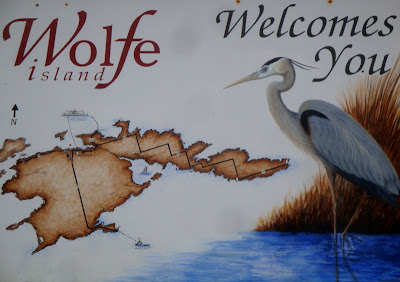 Last weekend, I finally was able to accept Father Raymond De Souza`s invitation to visit his parish--Sacred Heart of Mary--on Wolfe Island, just off-shore from Kingston.  I had heard of WI from a brother Jesuit, Father Wayne Bolton, and I enjoyed meeting his brother and other relatives and other members of the island community.

This year Father Raymond and I both celebrate significant anniversaries of priesthood, 10 years in his case, 40 in mine (a total of 50), so friends from the Queens University chaplaincy organized a trip to WI and prepared supper on the grill, a cake and great conversation. Another noteworthy point: it was the hottest day of the summer.

Father Raymond presided at the anticipated Lord`s Day Mass on Saturday afternoon, while I presided on Sunday. Here are some photos of the two Masses, the barbecue on Saturday evening, and Sunday Mass. 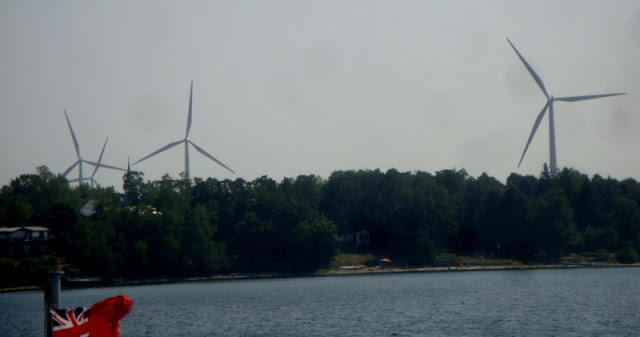 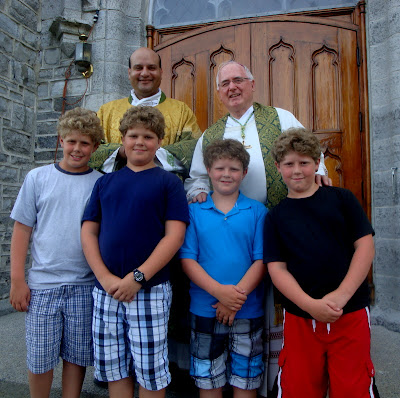 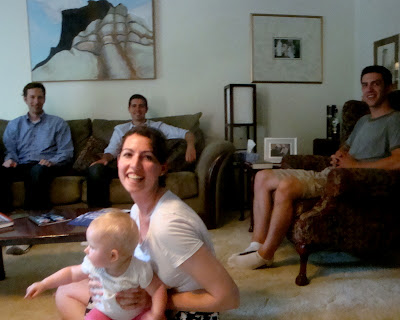 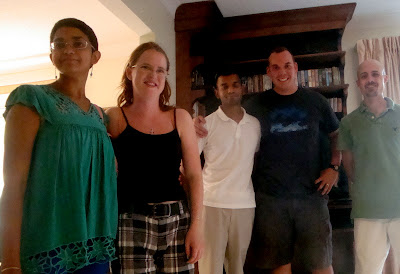 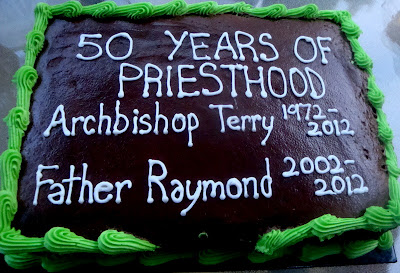 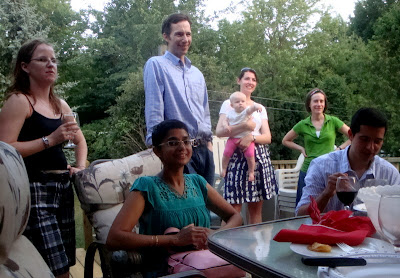 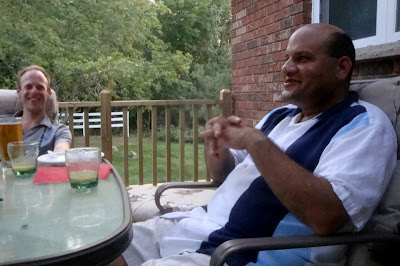 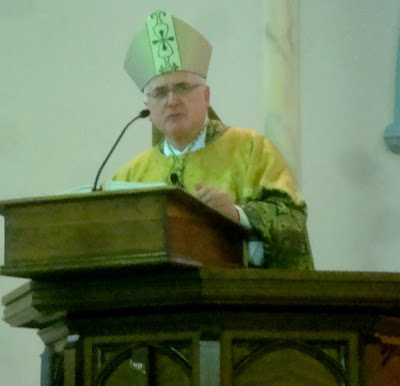 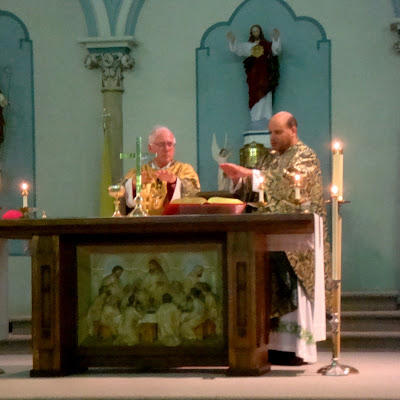 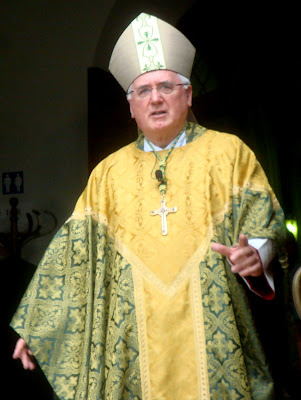 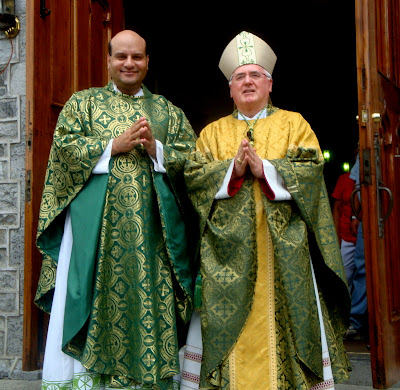 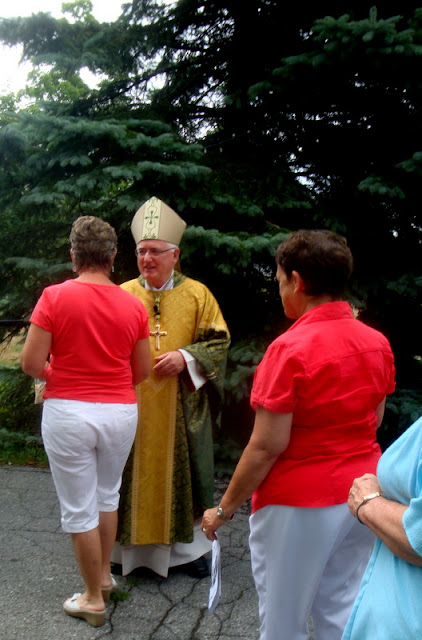 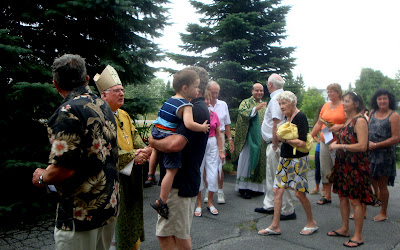 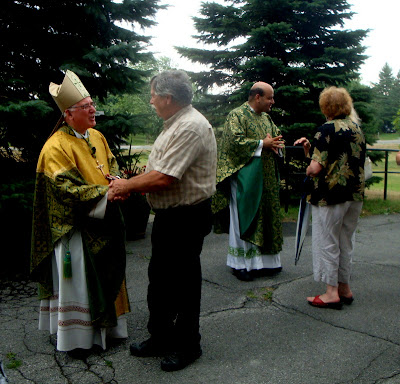 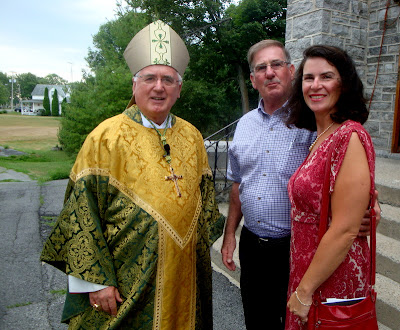 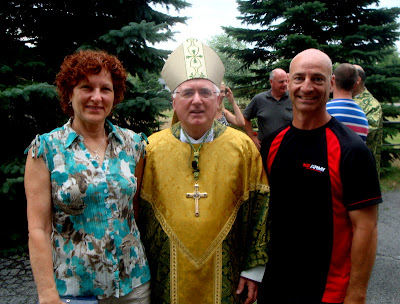