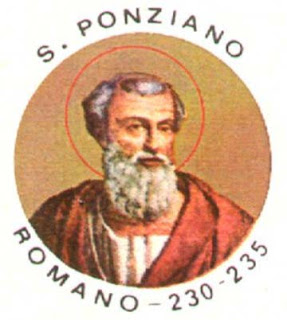 As kind as Severus might have been to the Christians, his successor Maximus Thrax persecuted them. Although Maximus was not a religious man himself, he despised Severus and intended to reverse any attitude to which Severus might have been disposed. He therefore decreed that leaders of the Church be singled out and banished to the labour mines of Sardinia, the famous "Island of Death."

Pontian, a Roman and son of Calpurnius, had enjoyed a peaceful reign over the Roman Church during Severus' time, but soon found himself among the first victims of this new emperor. Rounded up with the antipope Hippolytus, Pontian was deported to the labour mines. Since deportation was a life sentence which few survived, Pontian felt obligated to abdicate so that a successor might quickly preside over the Holy See. He is the first pope known to have abdicated. 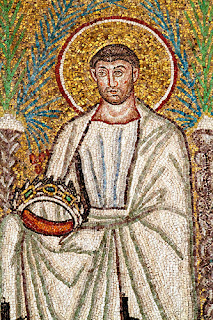 While imprisoned, Hippolytus reconciled his differences with Pontian and even ordered his followers to bring themselves back to the Church. Before he succumbed to the harsh treatment of the mines, Hippolytus became a true confessor of Christ.

Pontian, in the mines only two months, was brutally beaten to death by his jailers. His body, with that of Hippolytus, was returned to Rome approximately a year later, during the pontificate of Fabian. He was buried in the cemetery of Calixtus and was rightfully honoured by the Church as a martyr.  [Excerpted from J. V. Bartlett, The Popes: A Papal History]


* * *
May the precious long-suffering of the just, O Lord, we pray, bring us a great increase of love for you and always prompt in our hearts constancy in the holy faith. Through our Lord Jesus Christ, your Son, who lives and reigns with you in the unity of the Holy Spirit, one God, for ever and ever. 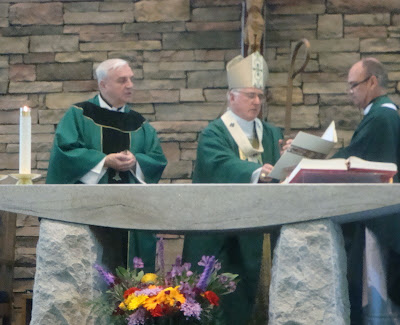 Yesterday I visited Holy Spirit Parish in Stittsville to preside at the installation of Msgr. Joseph Muldoon as pastor.

There was a brief ceremony leading Father Joe to the chief locations in the Church where he will carry out his pastoral ministry to parishioners: the baptistery, the church entrance, the reconciliation room, the adoration chapel, then in the sanctuary: the foot of the altar where couples make their commitment as they celebrate their marriage; the ambo, the altar and the presidential chair.

Prior to this ceremony, Monsignor renewed the promises made on the occasion of his priestly ordination in 1976; then the congregation accepted responsibility to assist their new pastor in his new charge. 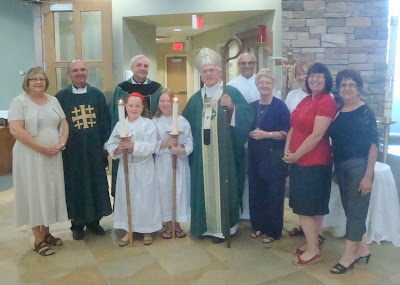 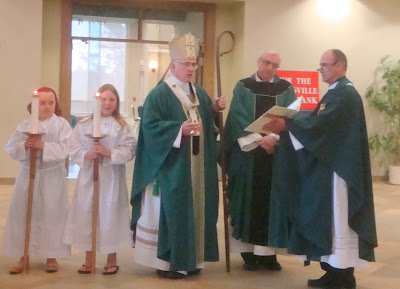 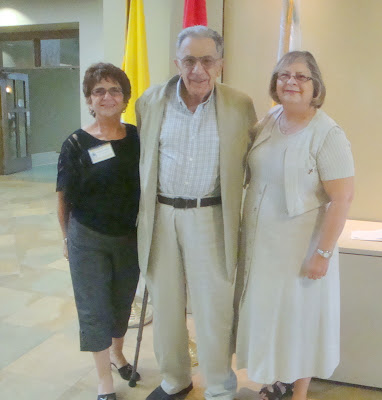 Posted by Archbishop Terry at 6:51 AM