A Visit to Maryvale Academy 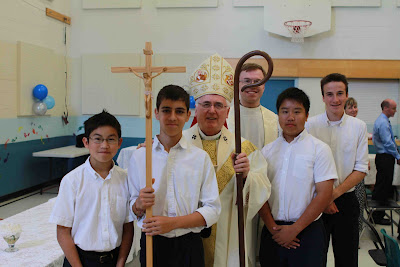 There are a couple of events that took place on the eve of my departure for the Eucharistic Congress and did not get reported on: a visit to Maryvale Academy (reported on now) and the Diocesan Feast (which will be reported on on Friday).

Maryvale is a private Catholic school with some 40+/- students now in the west end of Ottawa.  Principal Michael Dopp, who is leaving after several years in office, presided over the graduation ceremonies for the three students completing Grade 8.  He also introduced Dr. Colin Kerr, who will take over this summer as school head.

My visit included Mass, then the graduation ceremony and the awarding of prizes, all of which was followed by a delicious luncheon prepared by the parents, supporters and friends of the Academy. Father Terry Donahue, CC, who does some teaching and mentoring, concelebrated the Mass.

At the close of the Mass, I was surprised with the presentation of a spiritual bouquet and cake in honour of my 40th anniversary of priesthood which would occur in a few days' time. 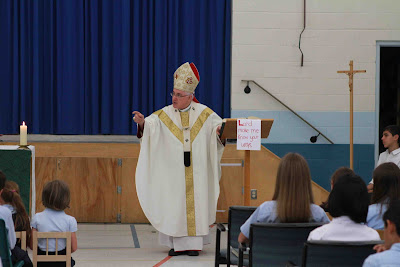 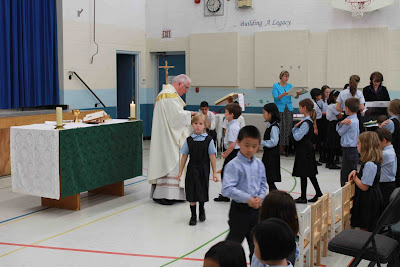 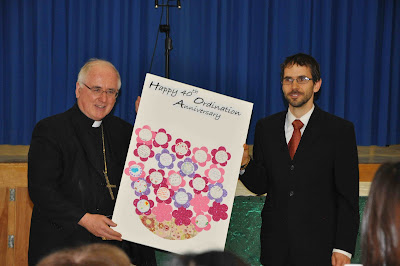 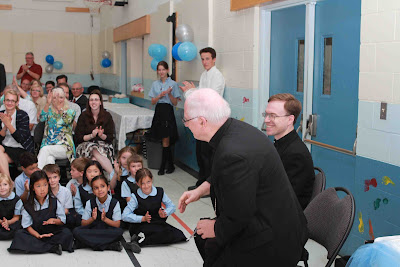 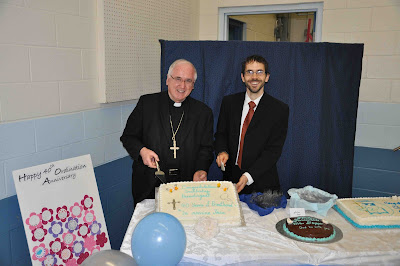 Posted by Archbishop Terry at 7:22 PM