St. Anthony of Padua, Doctor of the Church - Eucharist and Marriage 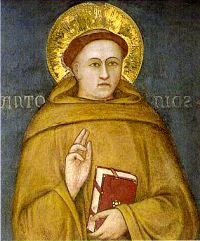 Anthony is one of the most popular saints in the Church. He is the patron of lost things and numerous other causes. In Brazil, he is considered a general of the army; he is the patron of the poor and has been recognized as a wonderworker from the moment of his death.

He was born in Portugal and entered the Augustinian monastery of Sao Vicente in Lisbon when he was fifteen. When news of the Franciscan martyrs in Morocco reached him, he joined the Franciscans at Coimbra. At his own request, he was sent as a missionary to Morocco, but he became ill, and on his return journey his boat was driven off course and he landed in Sicily. He took part in St. Francis' famous Chapter of Mats in 1221 and was assigned to the Franciscan province of Romagna.

He became a preacher by accident. When a scheduled preacher did not show up for an ordination ceremony at Forli, the Franciscan superior told Anthony to go into the pulpit. His eloquence stirred everyone, and he was assigned to preach throughout northern Italy.

Because of his success in converting heretics, he was called the "Hammer of Heretics" and because of his learning, St. Francis himself appointed him a teacher of theology. St. Anthony of Padua was such a forceful preacher that shops closed when he came to town, and people stayed all night in church to be present for his sermons. He became associated with Padua because he made this city his residence and the center of his great preaching mission.

After a series of Lenten sermons in 1231, Anthony's strength gave out and he went into seclusion at Camposanpiero but soon had to be carried back to Padua. He did not reach the city but was taken to the Poor Clare convent at Arcella, where he died. He was thirty-six years old, and the whole city of Padua turned out in mourning for his passing.

He was canonized within a year of his death and was declared a Doctor of the Church by Pope Pius XII in 1946. [Excerpted from Clifford Stevens, The One Year Book of Saints]

Almighty ever-living God, who gave Saint Anthony of to your people as an outstanding preacher and an intercessor in their need, grant that, with his assistance, as we follow the teachings of the Christian life, we may know your help in every trial. Through our Lord Jesus Christ, your Son, who lives and reigns with you in the unity of the Holy Spirit, one God, for ever and ever.
* * * * * *

THE HOLY EUCHARIST
& THE SACRAMENT OF MARRIAGE 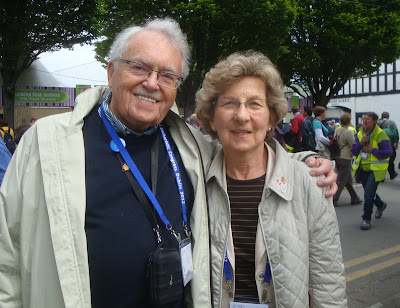 This evening a 2.5 kilometer procession with the Blessed Sacrament is scheduled.  While there were threats of rain yesterday, it mostly amounted to sprinkles here and there, though bishops and priests wore plastic rain covers over albs and chasubles. The weather forecast has the same forecast for the rest of the week, so we shall see how matters evolve if there is a down-pour.

Here are some photos giving the flavour of the Congress as organizers are cheered by growing crowds: 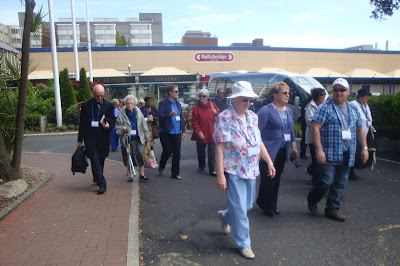 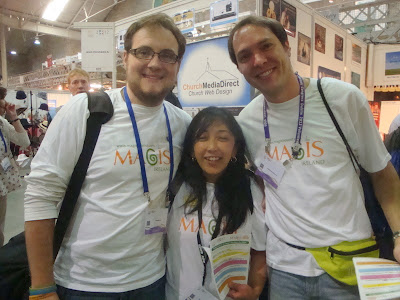 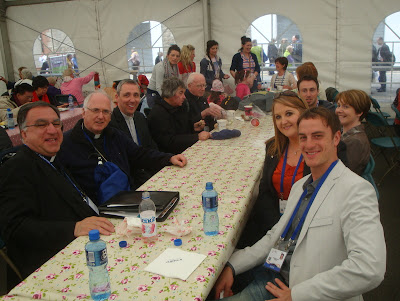 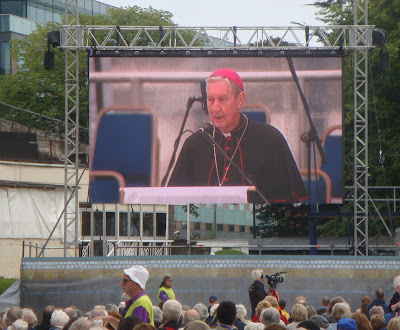 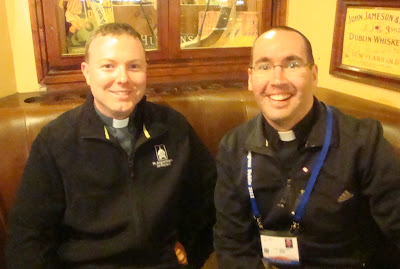 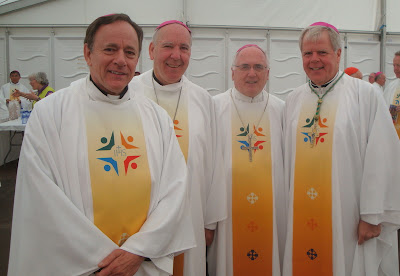 Posted by Archbishop Terry at 1:48 AM