The Pope's Weekend in Milan - June: Month of the Sacred Heart - Memorial: Saint Justin the Martyr 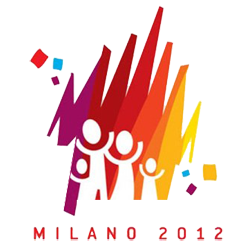 Families from five continents are meeting in Milan for the 7th World Meeting of Families. These same families will welcome Benedict XVI this afternoon on his arrival in the capital of Lombardy. One can bet that they will welcome him with the same enthusiasm with which they flooded the streets, squares, churches and meeting places in the Ambrosian metropolis during the past few days.

The participating families - coming from 100 countries including Canada, Guinea Bissau, one of the world's poorest countries, and even Australia from the other side of the world - are not only enlivening the Pastoral Theological Congress' work at Fieramilanocity, in several places in the city and various neighbouring dioceses, but are actively participating in all initiatives, such as the “Congress of Children”, uniting the youngest participants.

At the first gathering, hundreds of children hand-in-hand recited, each in their own language, the “Our Father” for their parents and the victims of the earthquake which struck Emilia Romagna and part of Lombardy. It was an act of solidarity in addition to the fund raising organized by Family 2012 and Caritas.

In short, as one of the largest posters hung in the city announces: “In Milan, doors open to the world”— because the family, despite its great changes and challenges, remains the cornerstone of civil life and society.

Cardinal Angelo Scola, Archbishop of Milan, underlined that the World Meeting “wishes to be an event of the people, able to enter into dialogue with the fundamental needs of every person”.

Along that same line, according to Cardinal Ennio Antonelli, President of the Pontifical Council for the Family, “the event in Milan, like every true and intense meeting of persons, is made up of a rich, complex and interesting network of relationships”, which must be recognized and welcomed “with gratuitousness, passion and intelligence”. (Courtesy: L’Osservatore Romano)

BEHOLD THE HEART THAT HAS SO LOVED MANKIND 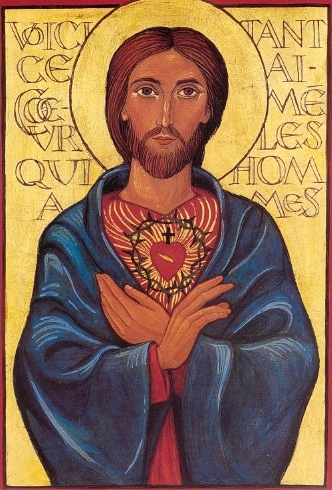 Pope Benedict has invited the faithful to renew their devotion to the Sacred Heart and with good reason: as a symbol – and object of meditation – it contains many dimensions of the mystery of God. Let’s reflect on a few of those.

First, the heart is visible. Jesus does not conceal his love, but makes it readily available to all. It is offered to us. He is vulnerable in that respect. It calls us to let down our barriers.

There are thorns that encircle it. This is not a valentine, but a passionate love that has and will suffer for the beloved. Just as our own vulnerable love can sometimes suffer, so does Christ’s for us.

There’s a cross on top of the heart. John and Mary stood at the foot of the cross when others had run away. This is an invitation to us to stand with them for Jesus. However this plays out in our lives, this is love in action.

The wound. It reminds us of the blood and water that flowed when the heart was pierced by the soldier’s lance. Both elements signify the life (Eucharist and baptism) that results from his sacrifice. It is also the birth of the Church.

The fire blazing. The most dramatic element, it tells us about the fierce love that God has for his people. It offers light and warmth to all who approach, and its blaze melts the hardened parts of our hearts. This fire is also contagious, and will inflame us in going out to set the world on fire.

[To read more of his presentation, including word of a new book that explains the spirituality of the Heart of Christ, go to this site: http://iboetnonredibo.blogspot.ca/2012/05/heart-of-world.html#more].


This month's Prayer Intentions recommended by the Holy Father, also a intergral aspect of devotion to the Sacred Heart, are as follows:

GENERAL INTENTION: That believers may recognize in the Eucharist the living presence of the Risen One who accompanies them in daily life.

MISSIONARY INTENTION: That Christians in Europe may rediscover their true identity and participate with greater enthusiasm in the proclamation of the Gospel.

O God, who through the folly of the Cross wondrously taught Saint Justin the Martyr the surpassing knowledge of Jesus Christ, grant us, through his intercession, that, having rejected deception and error, we may become steadfast in the faith. Through our Lord Jesus Christ, your Son, who lives and reigns with you in the unity of the Holy Spirit, one God, for ever and ever.
Posted by Archbishop Terry at 7:08 AM