Pope Benedict’s legate to the International Eucharistic Congress in Dublin predicts that the event, which begins on June 10, “will be an extraordinary moment in the Church in Ireland and the starting point of a new path which will be followed also by other initiatives in the wake of this gift of God.” 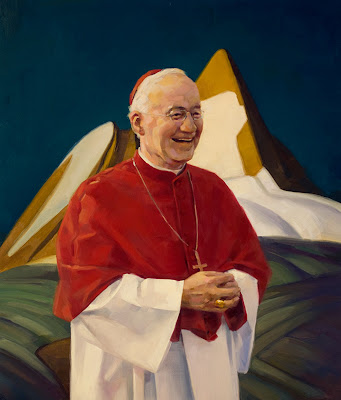 Cardinal Marc Ouellet, prefect of the Congregation for Bishops, said that Irish Catholics have an “extraordinary history, and they should be proud of this past which still has an impact on the present and is always part of the heritage that we should meditate upon and look for new energies for the renewal of the Church nowadays in Ireland.”

The former archbishop of Québec recalled that the 2008 International Eucharistic Congress in Québec led to the opening of two new seminaries and increased unity within the Church.

“My hope is that the Church in Ireland be really strengthened in its identity as communion of God among people and through this testimony of others who are coming to visit and to share the same faith together with the people in Ireland”, says Cardinal Marc Ouellet, Prefect of the Congregation for Bishops and Papal Legate to the 50th International Eucharistic Congress in Dublin, Ireland. He will be presiding at the Opening Mass in the RDS Arena this Sunday June 10th, but before his departure for Ireland spoke to Emer McCarthy about his hopes for the Congress and the Church in Ireland.

“I think this is the first hope of a Eucharistic Congress to strengthen the bond of love in the Church, faith and love”. “Since the last decade has been so difficult in terms of the tragedies, of sexual abuse, of this crisis at the level of society of the economy, there is a real need of reconciliation of forgiveness and new dialogue among all people of Ireland, among the bishops and the laity, among the priests and the religious. There is a need of a new dialogue. We must turn the page on these difficult times – not to forget them, rather to keep them in mind so as not to repeat them – and to ask God, in His loving mercy to renew us”.

“Most of the participants will be from Ireland, which is normal, but there will be a good number of people coming from the whole world. A Eucharist Congress is the Universal Church that is uniting in a local Church to turn to God and ask Him for all kinds of blessings which we need for the path of the Church. I am convinced that this will be an extraordinary moment in the Church in Ireland and the starting point of a new path which will be followed also by other initiatives in the wake of this gift of God”.
Posted by Archbishop Terry at 11:27 AM