St. Aloysius Gonzaga's outstanding quality was his radiant purity and the Church praises this perfect innocence with the words, "Thou has made him little less than the angels."

He was baptized in the womb, because his life was in danger, and he made a vow of chastity at the age of nine.

When he was sixteen he joined the Society of Jesus and died at the age of twenty-three in 1591 as a result of his devoted nursing of the plague-stricken.


O God, giver of heavenly gifts, who in Saint Aloysius Gonzaga joined penitence to a wonderful innocence of life, grant through his merits and intercession, that, though we have failed to follow him in innocence, we may imitate him in penitence. Through our Lord Jesus Christ, your Son, who lives and reigns with you in the unity of the Holy Spirit, one God, for ever and ever.

On June 21st, Canadians from all walks of life are invited to participate in the many National Aboriginal Day events that will be taking place from coast to coast to coast.


* * * * * *
The following statement from the Canadian Catholic Aboriginal Council acknowledges the importance of this day as the Canadian Truth and Reconciliation Commission begins four days of meetings in Saskatoon, Saskatchewan today. 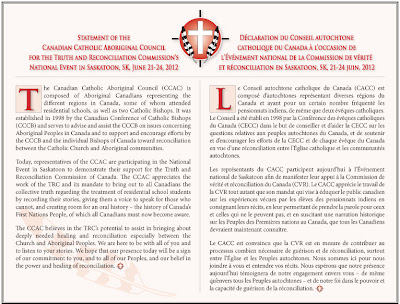 Statement of the Canadian Catholic Aboriginal Council for the Truth and Reconciliation Commission’s National Event in Saskatchewan, June 2012

The Canadian Catholic Aboriginal Council (CCAC) is composed of Aboriginal Canadians representing the different regions in Canada, some of whom attended residential schools, as well as two Catholic Bishops. It was established in 1998 by the Canadian Conference of Catholic Bishops (CCCB) and serves to advise and assist the CCCB on issues concerning Aboriginal Peoples in Canada and to support and encourage efforts by the CCCB and the individual Bishops of Canada toward reconciliation between the Catholic Church and Aboriginal communities.

Today, representatives of the CCAC are participating in the National Event in Saskatoon to demonstrate their support for the Truth and Reconciliation Commission of Canada. The CCAC appreciates the work of the TRC and its mandate to bring out to all Canadians the collective truth regarding the treatment of residential school students by recording their stories, giving them a voice to speak for those who cannot, and creating room for an oral history - the history of Canada’s First Nations People, of which all Canadians must now become aware.

The CCAC believes in the TRC’s potential to assist in bringing about deeply needed healing and reconciliation especially between the Church and Aboriginal Peoples. We are here to be with all of you and to listen to your stories. We hope that our presence today will be a sign of our commitment to you, and to all of our Peoples, and our belief in the power and healing of reconciliation. 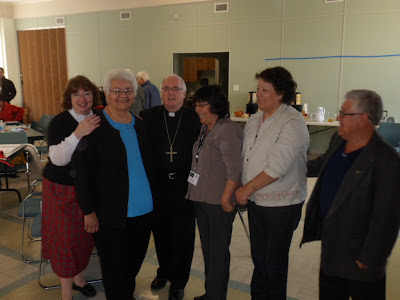 Some weeks back, I was asked to participate in a Catholic Native Leadership session at St. Paul's University, with a half-day dealing with biblical questions.  It was good to return to the professor's role and I had come lively students interacting with me. 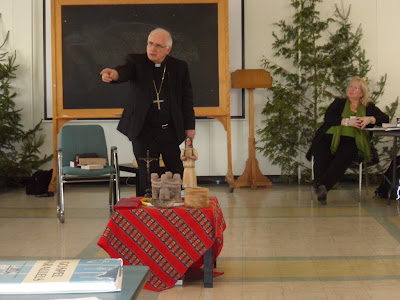 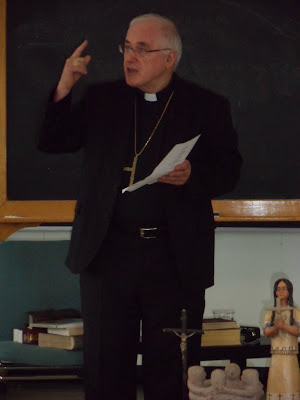 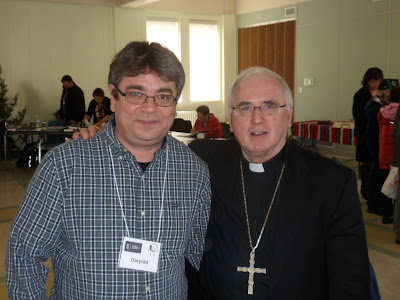 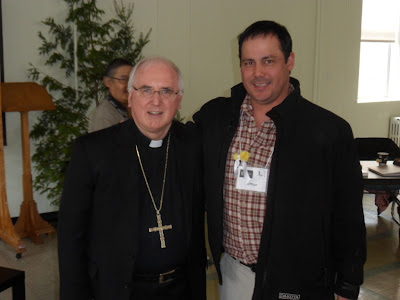 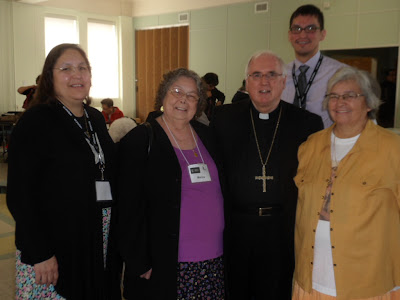 Posted by Archbishop Terry at 9:30 AM