The Solemnity of the Nativity of John the Baptist 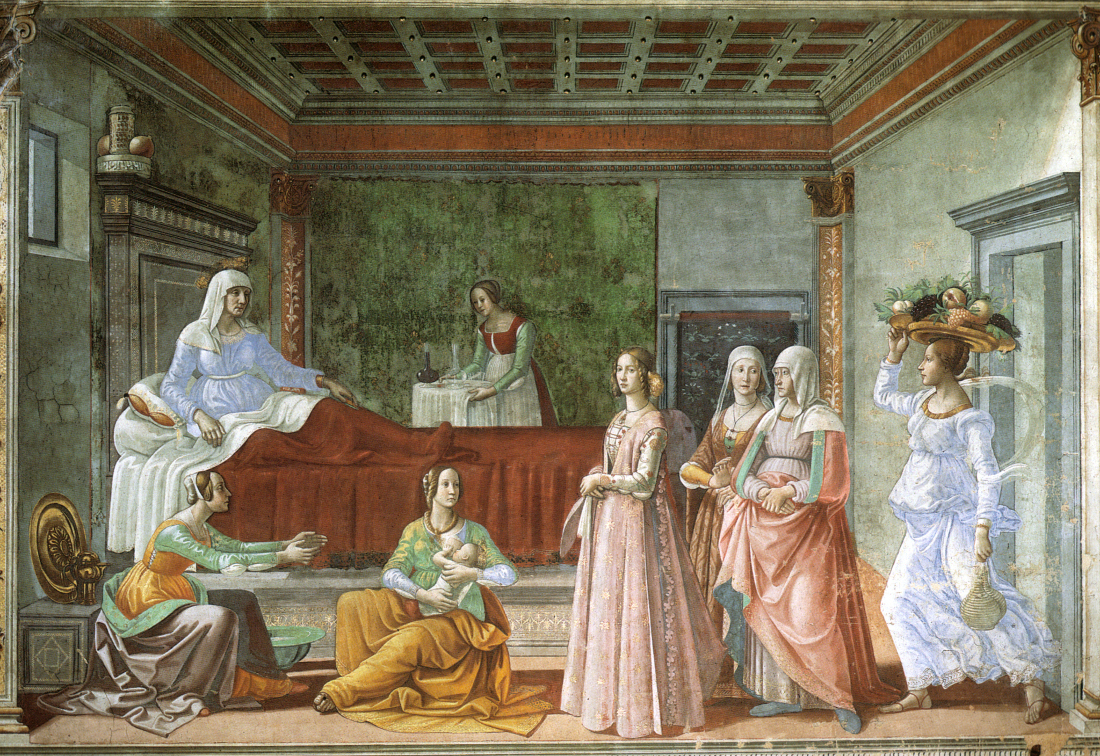 During his historic visit to Damascus, Pope John Paul II noted that Syria is dear to Christians because “here our religion has known vital moments of its growth and doctrinal development, and here are found Christian communities which have lived in peace and harmony with their Muslim neighbours for many centuries”.

The Holy Father spoke during a visit to the great Umayyad Mosque where the skull of St. John the Baptist is venerated. He observed that John is revered not only by Christians, but also by followers of Mohammed.

‘We are meeting close to what both Christians and Muslims regard as the tomb of John the Baptist, known as Yahya in the Muslim tradition. The son of Zechariah is a figure of prime importance in the history of Christianity, for he was the Precursor who prepared the way for Christ.

‘John's life, wholly dedicated to God, was crowned by martyrdom. May his witness enlighten all who venerate his memory here, so that they—and we too—may understand that life's great task is to seek God's truth and justice.’

John's prophetic call to serve both Israel and the nations lay hidden within the designs of God. It was issued before his birth, as he was being carried in the womb of Elizabeth (“The Lord called me before I was born, while I was in my mother's womb He named me”). This motif is echoed by the psalm (“My frame was not hidden from you, when I was being made in secret”).

The majority of Israelite names, like ancient Semitic names in general, had readily understandable meanings. Parents consciously chose such names, which could be translated into sentences, to describe the identity of, or aspirations they had for, their child. The name ‘Zechariah’ means, ‘The Lord remembers’, while ‘John’ means ‘God has been gracious’.

John's name was assigned him by the angel Gabriel when Zechariah was told that his wife would conceive and bear a son in her old age. Though Zechariah had been rendered mute for his momentary unbelief, Elizabeth in a wondrous manner had arrived at the divinely appointed name. She insisted on naming her son John.

John's birth is mentioned only cursorily so that attention may be given to the drama of his naming and the end of Zechariah's speechlessness. When Zechariah wrote “His name is John”, people were amazed, Zechariah's tongue was loosed and he began praising God, uttering the Benedictus (Luke 1.68-79), which the Church prays at Lauds every morning.

The second of the “Servant Songs” of Isaiah (and the others found in 42.1-4; 50.4-9; 52.13-53:12) originally referred to an Israelite spiritual leader of the sixth century BC. Still, it finds resonances in the ministry of Jesus (it evokes the Passion of Jesus in Holy Week) and in the career of John.

The Baptist's words were like a sharpened arrow, piercing to the heart believers of his time. As with the ‘Suffering Servant’, John's labours must have seemed to him emptiness and frustration (“I have laboured in vain, I have spent my strength for nothing and vanity”). But God reassured him, promising that “I will give you as light to the nations that my salvation may reach to the end of the earth”.

In the passage from Acts, Peter described the closing of John's preaching career as a selfless one, his humility leading him to speak thus about Jesus: “What do you suppose that I am? I am not He. No, but one is coming after me; I am not worthy to untie the thong of the sandals on His feet”.

John himself testified, “He must increase, but I must decrease” (John 3.30), a saying that the Church's liturgy has applied to the location of these feasts in the solar calendar. 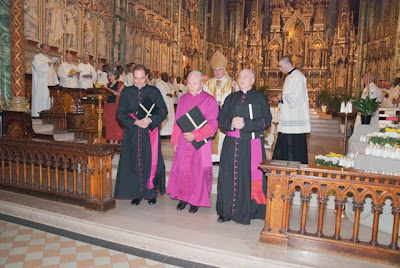 The Archdiocesan Feast this year was held on June 7, the actual 60th anniversary of the ordination of one of the new Monsignori, Everett McNeil [centre in photo above with Mgr Daniel Berniquez (left) and Msgr. Joseph Muldoon (right)].

The feast noted the 165th anniversary of the foundation of the Diocese of Bytown on June 8, 1847 and the 126th anniversary of the designation of Ottawa as an archdiocese on June 25, 1886. Everything seems to have happened in June: the diocese's name was changed from Bytown to Ottawa on June 14, 1860.

The celebration featured the conferral of the medal Pro Ecclesiae et Pontifice (for the Church and the Pope) on five persons who have made a significant contribution to the life of the Church: Soeur Pauline LeBrun, sco; Mr. Andrew Doyle, Dr. Andre Gauthier, Dr. Stanislaw Krazaniak, Mr. Gerald Larkin.

The focal point of the entrance procession, in which each parish had representatives bring a Bible in their language or a vigil lamp to symbolize that God's Word is a light for our path, was the celebration of the theme of the Pastoral Year 2011-2012, "The Word of God was fruitful and multiplied".

Here are some photos from the occasion courtesy of Heri Riesbeck (and, for a few, Sarah DuBroy): 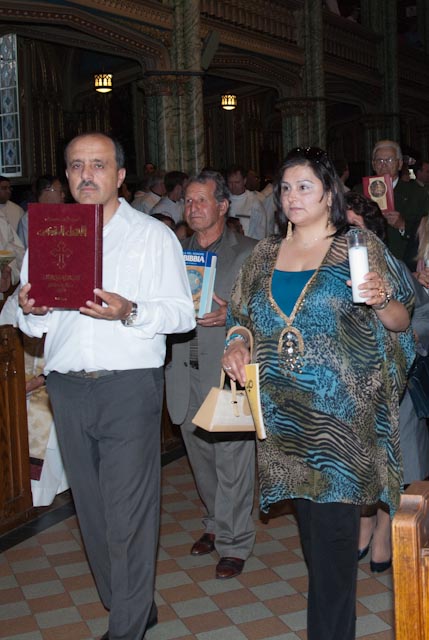 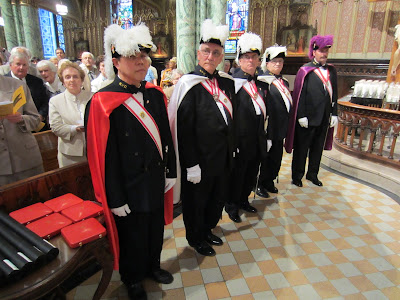 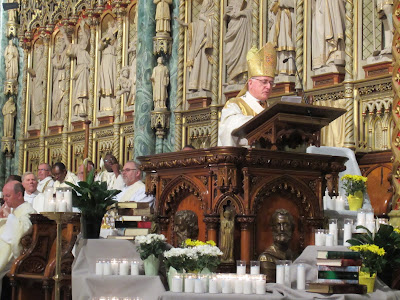 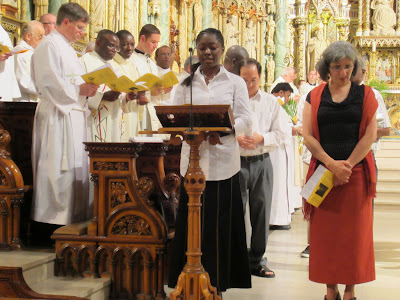 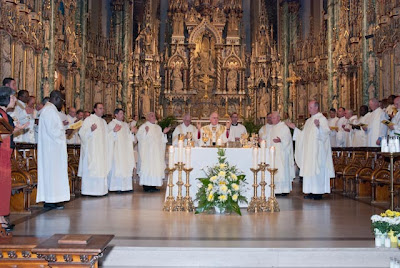 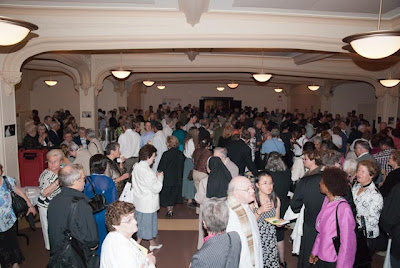 Posted by Archbishop Terry at 9:35 AM