Mass in the Extraordinary Form at the 2012 International Eucharistic Congress in Dublin, Ireland 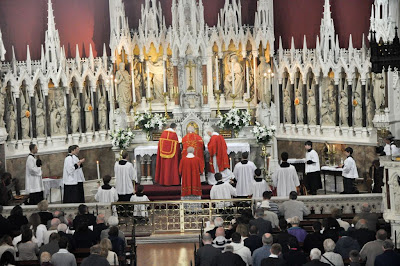 Several weeks before the International Eucharistic Congress (ICE), I received a letter from the CEO of the ICE, Father Kevin Doran, inviting me in Archbishop Diarmuid Martin's name to preside at a Mass in the Extraordinary Form at St. Kevin's Church, Harrington Street, Dublin.

Father Gerard Deighan, Administrator of St. Kevin's and Chaplain to the those attending the Latin Mass, facilitated arrangements: I was to bring the miters and gloves, etc. and he would arrange for ministers (deacon and subdeacon), an MC who could guide us all in a Pontifical Mass on the Feast of the Apostle St. Barnabas (hence the red vestments) and well-trained servers.

The choir of the Parish sang beautifully and the church itself is very fitting for the Mass in the Extraordinary Form; somewhere around 400+/- were in attendance, and a friendly reception took place in the parish fall after the liturgy. The photographer, John Yung, who was very busy later returning home to Singapore from medical school studies, has just sent me a selection of photos he took, which are interspersed with the text of my homily that day. 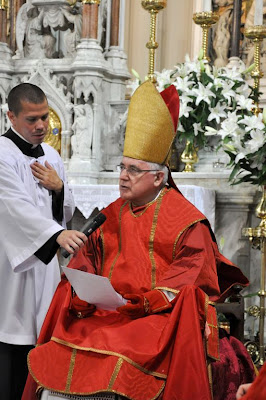 The first reading from Acts tells us something of the activity of Joseph, who was given the name Barnabas, meaning “son of encouragement.” He was, in the words of Scripture, “a good man, full of the Holy Spirit and of faith” (Acts 11.24). Elsewhere, we learn that he was a Levite. He was a native of Cyprus, later to become its patron saint, had sold some land and gave the proceeds to the apostles in Jerusalem (4.36–37). He was also a cousin of John Mark (Colossians 4.10). Barnabas and Paul eventually parted ways as missionaries of the gospel. This was because impetuous John Mark had left them (Acts 13.13; 15:37-38) at the early stage of the first missionary voyage (13.2–14.28; 15.39). Barnabas, ever the encourager, chose to travel with John Mark again. We believe Barnabas and Paul later reconciled. 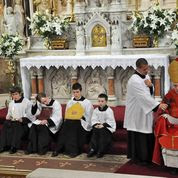 How should we portray Barnabas when it comes to the issue of tradition? Could he not be branded as an agent of rupture with the past? He introduced Paul to the church at Antioch, where the followers of the way of the Lord Jesus were first called Christians. He argued strenuously for a new way of looking at the relationship of Christ to Judaism. Opposing the Judaizers, Barnabas sought to permit converts to enter the community of faith without complying with the full demands of the covenant community, but only some requisites that would allow all to live in peace (15.19–21). 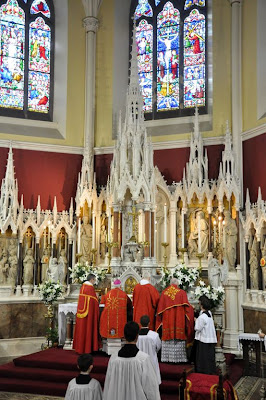 Surely, Barnabas and Paul were agents of change. However, Luke goes to great pains to show that Peter introduced the Gentiles into the Church. In addition, Luke reminds us that James, who represented tradition, agreed with this new focus of evangelisation. In other words, the Holy Spirit was guiding the process of change within continuity, and that it was Peter who kept the Church together, even if at times he vacillated.

This is an important point as we gather to celebrate the Mass in its Extraordinary Form during an International Eucharistic Congress when most of our fellow Catholics—and we ourselves—will celebrate in the Ordinary Form.

For, sometimes many in the Church make the mistake of thinking that the Roman Rite has two different Masses, and it’s a matter of taste, which one a person prefers. But the beautiful, profound truth is that we have only one, holy sacrifice of the Mass in two usages: the ordinary and extraordinary forms. This is perhaps one of the best examples of that most Catholic expression of “both/and” and not “either/or.”

It can be a challenge, though, to explain to people who know little of the Church’s history, how we embrace as Catholic, valid, holy and beautiful, these two different forms of the Eucharist. The differences most often grab our attention. We can overlook the shared, fundamental basis of the sacrament of the Eucharist. Sadly, for some, a particular devotion to one form can result in a reluctance to appreciate the truth, goodness and beauty of the other. Tragically, the preferred form of celebrating the sacrament of the Most Holy Body and Blood of our Lord Jesus Christ can divide Catholics. In our human weakness, we can become competing camps rather than a united Mystical Body of Christ.

In his Apostolic Letter Summorum pontificum, Pope Benedict XVI, eloquently reminded us of the heritage of the Roman Rite for Latin Catholics. He praised Pope Pius V who, “sustained by great pastoral zeal and following the exhortations of the Council of Trent, renewed the entire liturgy of the Church.” 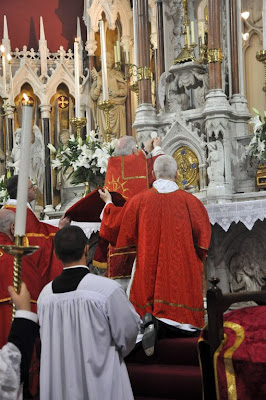 The Holy Father reminds us that throughout her history, the Church’s liturgy has undergone change and clarification. There are still Catholics alive today, for example, who can remember a time before 1952 when the Easter Vigil was celebrated at noon on Holy Saturday! Every Catholic can agree on the real pastoral need to present the Church’s faith with clarity, dignity and beauty, in harmony with the faith of our ancestors.

Both usages of the Roman Rite, when celebrated with attention, devotion, and full and conscious participation, are beautiful, dignified, and moving expressions of our Catholic Christian faith. The Holy Father expressed the hope that each form might have a positive influence on the other. There is a lot of speculation about what that might mean. What it does not mean is that we blend the forms together. We must celebrate each form according to its proper Rite. Instead, perhaps, we might see each one’s strengths enhancing the other. 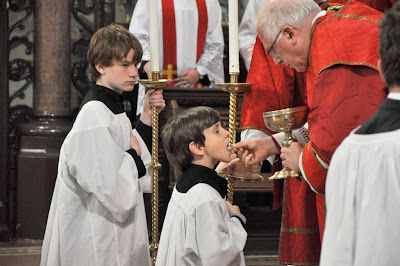 From the Ordinary Form, for example, we might hope to see a more robust presentation of the texts of Sacred Scripture. We can include new saints whom the Church has declared since 1962, who themselves celebrated or attended the Mass of what we know today as the Extraordinary Form. St. Padre Pio, St. Maximilian Kolbe, and St. André Bessette—whose faith led to the building of St. Joseph’s Oratory in my home town of Montreal—immediately come to mind.

From the Extraordinary Form, we might hope to see the influence of a careful attention to the words and gestures. We also hope to see the sober, careful dignity so characteristic of the Roman Rite. 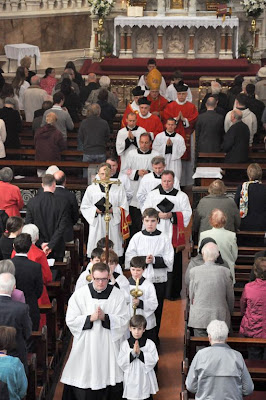 We are blessed in our Catholic faith to have two usages of the Roman Rite to nourish and sustain us in our Christian faith. As we lift our hearts and minds in worship, adoration, and praise of the Lord our God, we are conscious of our rich liturgical heritage. We take humble pride in expressing, with the same intent, the faith of those who have gone before us.

In the Ordinary and Extraordinary Forms of the Eucharist, we are united in the Mystical Body of Christ under Jesus, our One High Priest. And, in keeping with the theme of this 50th International Eucharistic Congress, we are called in all our celebrations of the Eucharist to discover Communion with Christ and with One Another. 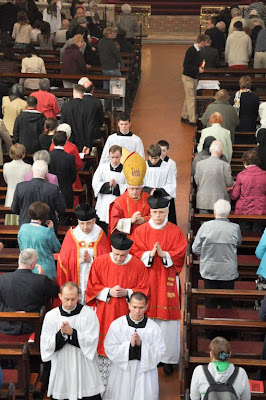 All of the apostles, except St. John, gave their lives as martyrs. So did Barnabas, who, according to tradition, founded the Cypriot Church and died as a martyr at Salamis in the year 61. The gospel in our day, in promising persecutions, may be bracing us for future conflicts. The Church’s message runs counter current to our radically secularizing culture.

Take courage, then, brothers and sisters, in Our Lord’s pledge to strengthen us with the gift of the Holy Spirit. We are called to witness and persevere to the end. Let us be perseverant encouragers, like Barnabas. Take this as an added encouragement to find communion with all our brothers and sisters. 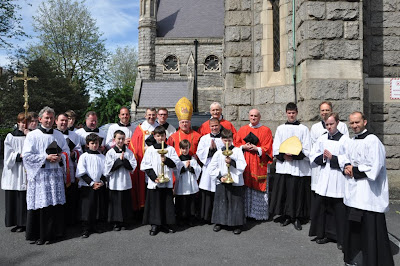 Posted by Archbishop Terry at 5:26 PM