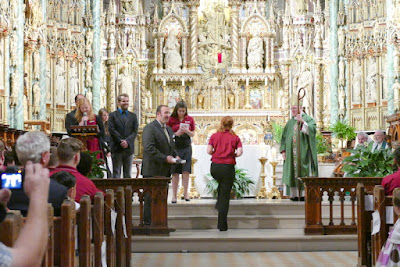 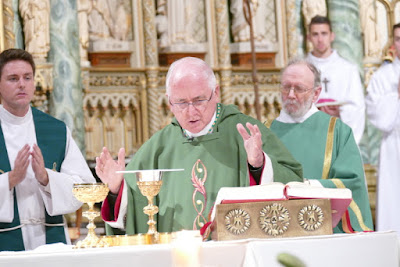 Let’s talk about sex. Rarely do priests bring up this subject from the pulpit. But given how much ink it gets in the Bible, it’s an important subject to God, so it should be important to you how to do sex right.

We hear these scriptural readings on marriage and divorce as the eyes of the world turn toward the Vatican. There, tomorrow, Pope Francis will celebrate Mass with bishops from around the world to invoke God’s blessing on the Synod of Bishops on the family and evangelization.

The synod, which will run until October 25, has as its theme: “The vocation and mission of the family in the church and the modern world.” We know the issues well: separation and divorce among Catholic couples, breakdown in family life, new structures in child-rearing, blended families, and legislative changes worldwide in the definition of marriage to include “same-sex marriage” and adoption.

Jesus brought out the deeper sense of the Scriptures. Jesus pointed to God’s plan in creating man and woman, citing two texts from Genesis, 1.27 (“from the beginning of creation ‘God made them male and female’”) and 2.24 (“For this reason a man shall leave his father and mother and be joined to his wife, and the two shall become one flesh”).

Jesus grounded his teaching about marriage on the order of creation, God’s intention in creating human beings. In marriage, man and woman are “no longer two, but one flesh.” Jesus’ concluding remark, “what God has joined together, let no one separate” serves as the conclusion to the debate with his adversaries.

The high percentage of couples living together before marriage is of great concern to priests who help Catholics preparing for marriage these days. Not long ago, cohabitation was uncommon and was frowned upon by society. Today, cohabitation by couples planning marriage and common-law marriages are much more frequent. And there is less social stigma attached.

The world tells us that there are good reasons for having sex before marriage and living together. It’s convenient. It will save money. It’s a trial run to see whether the relationship will work out. Unfortunately, these are grave deceptions.

Sex before marriage and cohabiting are contrary to the witness the Lord Jesus expects of his disciples. Also, they don’t make good sense for relationships.

Recent studies have shown that, contrary to popular belief, couples who live together before getting married have higher rates of divorce and domestic violence. When compared with those who did not cohabit, those who lived together before marriage scored significantly lower in both quality of marital communication and satisfaction in intimacy.

There is an even bigger picture than your happiness and your success as a couple. God certainly loves you as an individual, but His perspective spans generations and nations. What you decide today will have profound consequences in eternity. 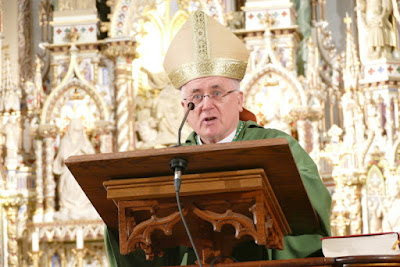 Roman Catholic teaching sees in marriage a “covenant by which a man and a woman establish between themselves a partnership of their whole life and which of its own very nature is ordered to the well-being of the spouses and to the procreation and upbringing of children” (canon 1055).

Generosity, self-restraint, and good communication are needed for a good marriage and must be cultivated beforehand. Living chastely during one’s engagement teaches a couple many things about each other, can draw them closer together, and may even reveal to them that they are not ready for Christian marriage.

The sacrament of marriage places the couple under a seal, within the walls of God’s protection. Marriage vows give God permission to mature the couple, to place angels at the doors of their home, and to soften their hearts when there are conflicts. God can keep the temptation of infidelity at a distance. He can bless them with health and prosperity. As the two have become one flesh, Jesus’ salvific work now operates in and through the couple.

In contrast, the cohabiting or unchaste couple have said “no” to God’s plan, effectively refusing His Providence and His protection, opening themselves up to all kinds of spiritual attacks.

When the married couple conceives a child, that new life has God’s hedge of protection around him. The child is within the defences of his parent’s covenant with each other and with God.

In contrast, the child conceived outside of marriage is exposed to spiritual attack. God loves that child no less, but He will not provide the protection that comes from the sacrament of marriage when his parents have refused it.

You are here, I imagine, because you know that every Christian is called to be an evangelist. You have received the Good News that your sins have been forgiven by Christ’s sacrifice on the Cross in your place. You want to share that Good News with others, so that they, too, can follow Christ right into heaven. But you have probably heard the expression, “You may be the only Gospel some people will ever read.” If your life does not witness to the Gospel, your words will have no effect.

Starting with your children. In a few years, and they will come faster than you think! In a few years, you will want to tell your children to be chaste and not to cohabit before marriage. I’ll give you three guesses what they will ask. “Were you and Mom chaste?” “Did you and Dad cohabit?” Nothing you will say after that will carry the same weight as your answers to those two questions. Nieces, nephews, and neighbours will also emulate you.

Then will come your grandchildren. And their children. Your decision today will affect generations.

God frequently uses the marriage covenant as the model for us to understand his covenant with Him. The Church is the Bride of Christ. He is the bridegroom. It’s explicitly in Psalm 19, in Isaiah, in the synoptic Gospels and in the Book of Revelations. No wonder Satan despises this sacrament and seeks to despoil it. He does not want the nations to be evangelized by your marriage!

To accept Jesus’ teaching on divorce and marriage is counter-cultural today. To grasp that God’s plan is natural marriage, the blessed union of one man and one woman, is counter-cultural. It requires a conversion of heart, a rebirth, and continued compassion toward those with same-sex attraction, whom God loves no less.

Those struggling with the Church’s proclamation of Jesus’ teaching on marriage may take heart from the Epistle to the Hebrews. Its message tells those struggling to be good that “Jesus is not ashamed to call them brothers and sisters.”

Sex is a gift from God. It is so precious that He has even told us how to do it right.

Let us pray for people who struggle with sexual purity and those whose families are not under His Grace. Let us pray that even those in serious sin know they are precious in God’s eyes and the mercy of God is available to them. And let us pray that the Synod members will discern wise paths to assist the Church with all who seek the grace of God to live as Jesus would have us live. 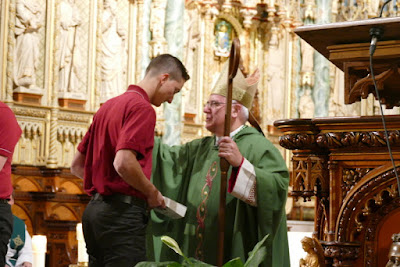 Posted by Archbishop Terry at 3:22 PM