New Association of the Faithful: Queenship of Mary Community - Tuesday in 5th Week of Lent 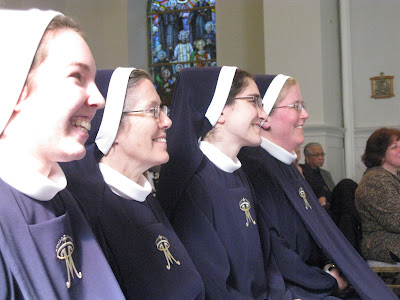 Yesterday, the Solemnity of the Annunciation of the Lord, a special ceremony was held at Notre Dame Cathedral Basilica: the establishment of five women as members of a private association of Christ's faithful, with four of the five making vows for a period of one year (the fifth is a novice).
The festivities began in the lower chapel (Archbishops' Chapel) at 11:15, the acceptance of their desire for consecration to the service of God's people as the Community of the Queenship of Mary.  Their new habits and veils were blessed, brief accounts were given of the history of the association, which began in Halifax some seven years ago. In the last five years, the testing of the vocational charism has been tested here in Ottawa.
A large number of supporters, benefactors and friends was present.  Here are some photos of the clothing ceremony and the vow ceremony during Mass (thanks to Paul Lauzon for the pix): 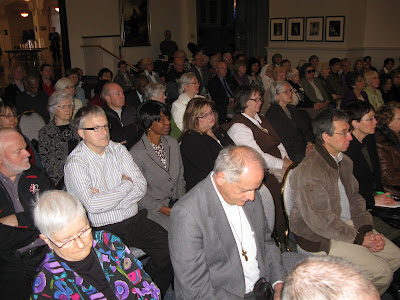 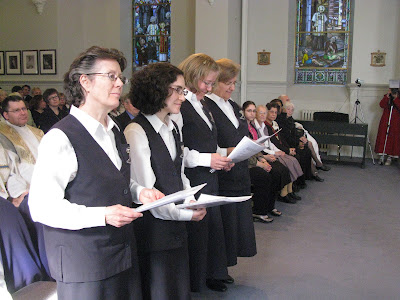 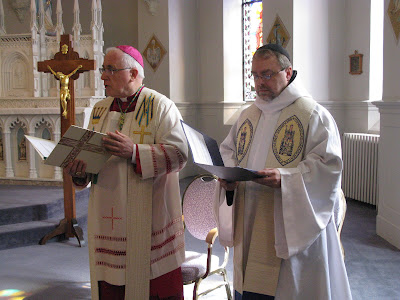 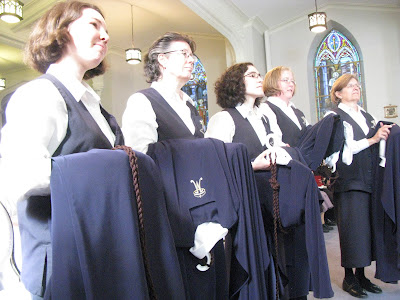 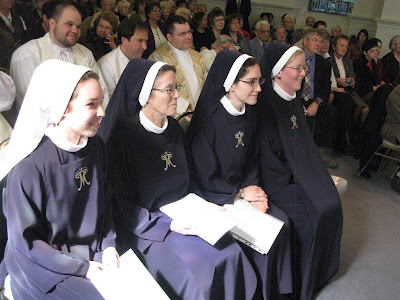 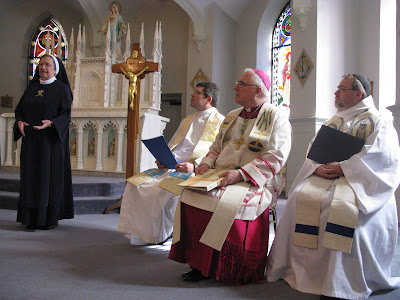 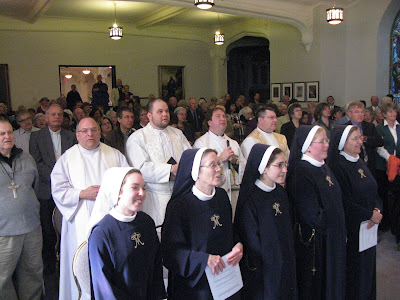 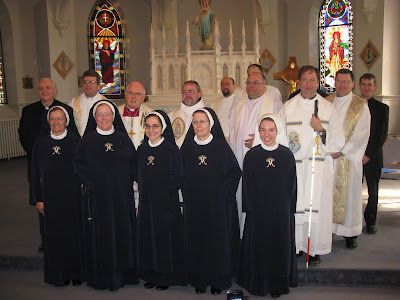 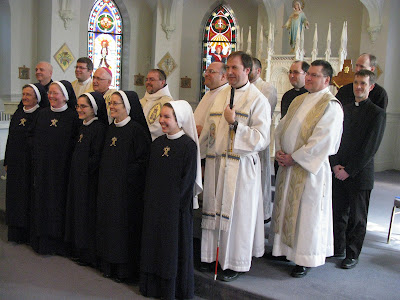 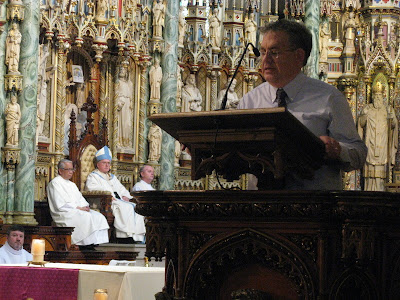 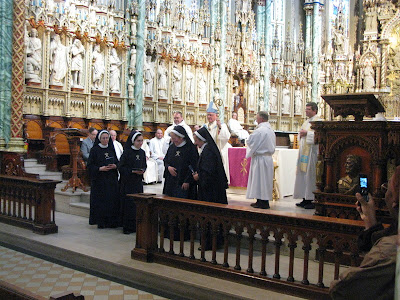 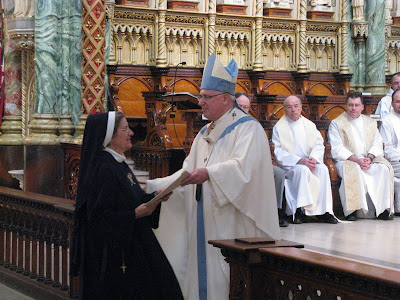 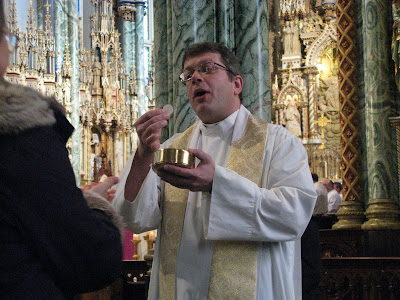 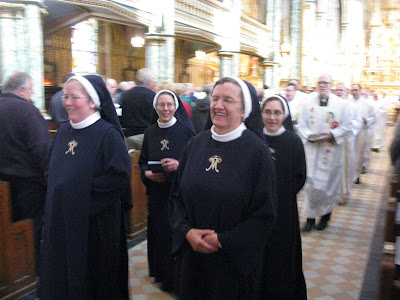 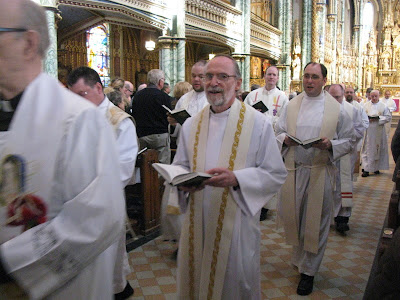 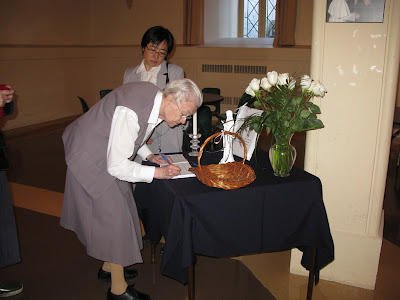 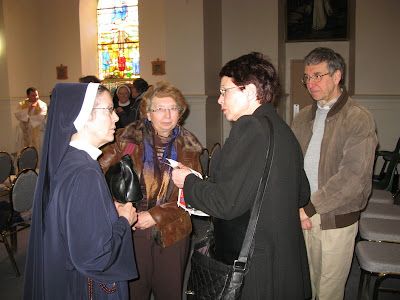 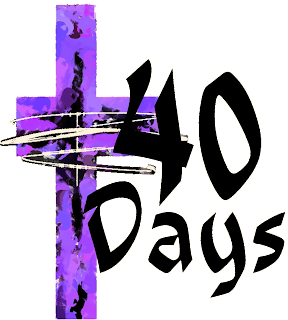 O God, who choose to show mercy not anger to those who hope in you, grant that your faithful may weep, as they should, for the evil they have done, and so merit the grace of your consolation. Through Christ our Lord.

Posted by Archbishop Terry at 1:56 AM