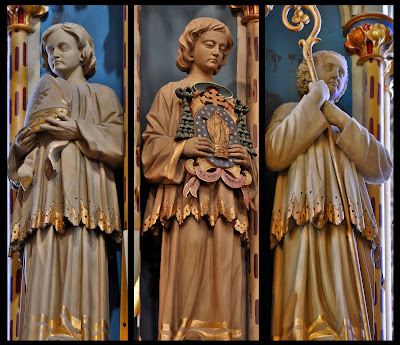 Wednesday after the Ascension
Grant graciously to your Church, O merciful God, that gathered by the Holy Spirit, she may be devoted to you with all her heart and united in purity of intent. Through our Lord.

OTTAWA BECOMES
AN ARCHDIOCESE
ON JUNE 8, 1886

One hundred and twenty-five years ago today, the Holy See raised the Diocese of Ottawa to the status of an Archdiocese.
This year, the Diocesan Feast will be observed with an anniversary Mass tomorrow evening, at the close which more than seventy members of our local church will be presented with a special commemorative 125th Anniversary Certificate of Merit.
The bilingual Mass, which begins at 7:30PM tomorrow evening, will be taped for broadcast on the Sunday morning Radio-Canada program "Jour du Seigneur" on Trinity Sunday, June 19 at 10AM.
* * * * * * 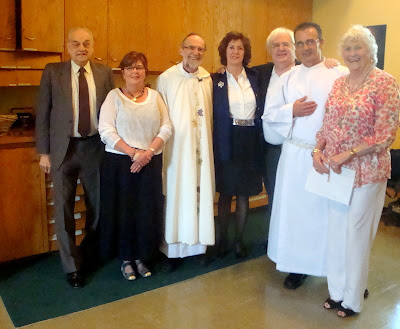 On Sunday, I presided and preached at the 9:30 and 11:00 o'clock as the parish begins to cope with the departure of Father Joe Leclair, praying for his time away on a renewal program, and preparing for the new pastor, Father Randall Hendricks, C.C., who will begin his new duties on July 1.  Father Francis Donnelly, C.C. will continue as pro-tem pastor until then.
Some photos: 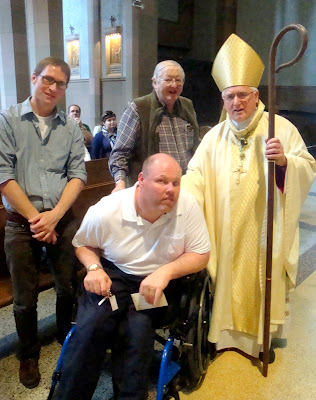 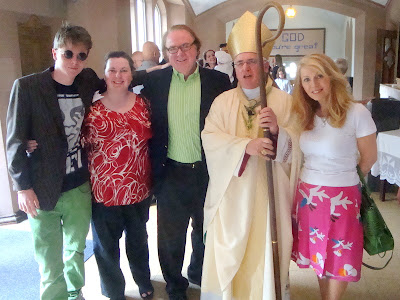 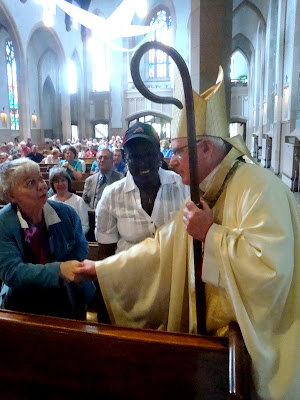 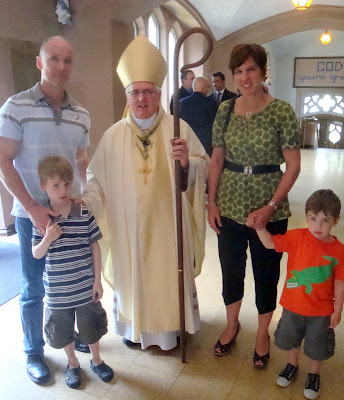 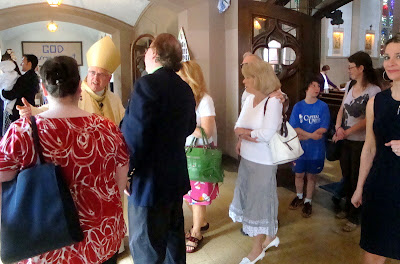 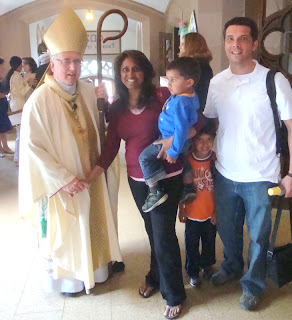 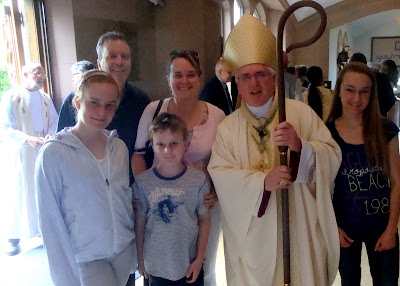 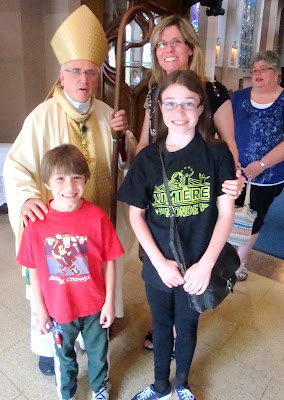 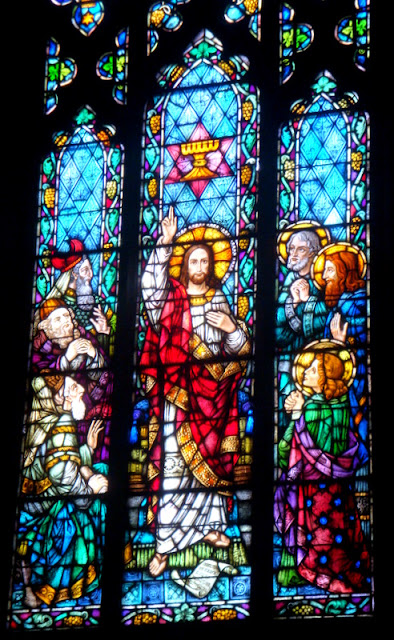 In travelling to celebrations of Confirmation in my diocese, I have noted that today's second reading (in a slightly longer version that includes mention of the gifts bestowed by the Spirit) is frequently chosen for the liturgy.
A key theme in this passage (and its parallel in Romans 12.4-8) is the way each person's spiritual gifts benefit the community (“to each is given the manifestation of the Spirit for the common good”). This assertion is meaningful even if the gifts Paul mentioned are harder to identify with today (the utterance of wisdom, the utterance of knowledge, faith to work miracles, gifts of healing, prophecy, the discernment of spirits and the interpretation of tongues).
Another strong emphasis in Paul's writing is the notion of the members of the church forming the Body of Christ. Paul says that race or religious distinctions (“Jews or Greeks”) no longer count. Nor do social or economic divisions (“slaves or free”). In Galatians 3.28, Paul said that even sex and gender distinctions are overcome (“there is no longer male and female”).
Naturally, people still are either male or female, belong to different races, share in a variety of ethnic backgrounds, cultural spheres and social classes. But in Christ these no longer have any import. Now, all believers have become members of one entity. They form the Body of Christ.
We might have expected Paul to say, that “just as the body is one and has many members...so it is with the Church”. Instead, Paul moved beyond analogy to suggest an equation between the Church and Christ.
Some have asked whether the identification of the Church with Christ is a metaphor or a mystical union. Clearly, the term “Body of Christ” is a metaphor. But it illumines the underlying truth that Christians who make up the Church are united with and participate in Christ's life.
While the visible Church bears the marks of a human organization, this should not cloud the more important truth that the Church is brought into being by the activity of the Holy Spirit. The indwelling Spirit binds believing disciples who make up the Church into a living union with Jesus, their crucified and risen Lord.
In recalling for the Corinthians the basis of their unity in Christ, Paul uses two symbols: “in the one Spirit we were all baptized into one body” and “we were all made to drink of one Spirit”. The Spirit is the element into which the newly converted were immersed. It is as if they were plunged into the world of the Spirit, drenched like plants in the Spirit.
“Drinking the Spirit” is a curious yet powerful image. It suggests that the Spirit who makes believers one has been given in overflowing abundance to Christians. In John's Gospel, Jesus used a similar image to invoke the Spirit: “Let anyone who is thirsty come to me, and let the one who believes in me drink. As the Scripture has said, ‘Out of the believer's heart shall flow rivers of living water’”.
In speaking of baptism and drinking deeply of the Spirit, Paul speaks of the experience of conversion in terms of its most crucial ingredient, the receiving of the Spirit. And conversion, as Christians learn, must be ongoing.
After their first enthusiasm at having received spiritual gifts in service to the community, it seems that members of the Corinthian Church began wrangling about which gift (and which person, therefore) was the most important. The gifts which had been intended by God to foster the unity of the Body of Christ became, instead, the occasion of its being torn apart.
Paul, however, never became discouraged no matter how petty the arguments among the disciples. For he knew that it was God who had begun the good work among the Corinthians; and he trusted that God would faithfully see them through blameless to the end (cf. 1 Corinthians 1.4-9).
Christian experience of the Holy Spirit requires becoming attuned to the Spirit's presence, discerning where the Spirit is leading. Members of the Church need to make wide-open spaces in their hearts so that the Spirit can enter and renew daily life. “Come, Holy Spirit, fill the hearts of your faithful; and kindle in them the fire of your love”.
Posted by Archbishop Terry at 6:57 AM