Earlier today, the bishops of Canada (and I presume other countries) received a copy of the Holy Father's third encyclical letter in which he shows the importance of social outreach as an integral dimension of our faith in the Risen Lord. As it is under embargo until noon tomorrow in Rome (6 am here in the Eastern time zone), I will now set about reading it and trying to grasp its main themes.

Madame Chantal Beauvais, a professor of philosophy and Vice-Rector Academic, after having served in a variety of administrative offices, has been named as the sixth rector since 1965 of St. Paul's University in Ottawa.

She succeeds Father Dale Schlitt, omi, who has been rector for fifteen years. He is owed a great debt of thanks.

As chancellor one of my duties is to forward the nomination on behalf of the Oblates of Mary Immaculate (Notre-Dame-du-Cap Province here in Canada and the OMI Generalate in Rome responsible for this office at St. Paul's and its antecedent institutes since 1856) to the Congregation for Catholic Education, and to request, as this is a Pontifically-chartered University, the granting of the needed Nihil Obstat (nothing stands in the way), a step which then permits the Civil Corporation to designate the candidate for the office.

The other part of my task in this process is to communicate the approbation, dated on June 24, the Solemnity of St. John the Baptist and received in my office on June 30, of the candidate presented and the remarks of the Congregation in this case that I encourage her to foster the Catholic identity and mission of this institute of higher learning ("qu'elle veille a favoriser l'identite et mission catholique de l'Universite saint Paul"). 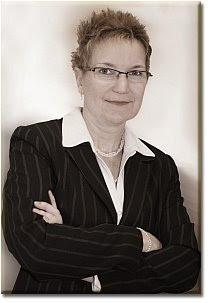 This I was pleased to do today in sending her my congratulations when her appointment became public.

Please pray for her in this new mission and all Catholic university presidents who face grear challenges today in living out this goal of the two great charters of Catholic higher education: Sapientia christiana (Christian wisdom) and Ex corde Ecclesiae (from the heart of the Church).
Posted by Archbishop Terry at 5:46 PM