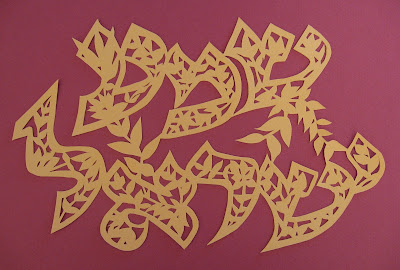 Fifteen years ago, the Plenary Assembly of the Canadian Bishops Conference was the occasion for the release of a document inviting Catholics to grow in appreciation of the Church's relationship with the Jewish people.

Titled Jubilee, the 6-page pamphlet speaks of “renewing our common bonds with the Jewish community”. Nowhere is this clearer than in the Sunday liturgy where the first reading and the psalm are regularly drawn from the Old Testament.

Today's first reading includes the beginning of a text known by the Jewish people as the Shema (“Hear, O Israel”) [Deuteronomy 6.4-9]. This declaration of faith is so important that observant Jews recite it every morning, and it is found imbedded in a small cylinder known as the mezuzah posted at the entry to their homes (“write [these words] on the doorposts of your house and on your gates” ([6.9]).

This formula binds every true Israelite to hear and obey the truth that the Lord is one God, the only deity to be worshipped by God's chosen people. It is not an explicit confession of monotheism (the belief that there is only one God), though for Israel all energy is to be directed to serving the Lord. The text allows for henotheism—belief that there are other gods, among whom the Lord YHWH was to be worshipped by Israel—because when this text was composed people generally held that each nation had its own proper deity.

As Israel's faith deepened over the centuries, mounting evidence from the Old Testament shows that Israel recognized what was implied by the Shema, namely that there was only one God.

This one God, who had been revealed to Moses and intervened in history to save the Hebrews from bondage in Egypt, was gradually understood to be the only God, Creator of heaven and earth and Redeemer of all men and women under heaven, beginning with Israel.

It may seem odd that love is commanded, but what is envisaged here is deep loyalty and affection for God's rescue of His people from slavery and the coming gift of the promised land (the Book of Deuteronomy represents the last testament of Moses to Israel as they prepare to enter a land flowing with milk and honey): “Keep these words I am commanding you this day in your heart”.

As Jubilee points out, “Jesus was born of the Jewish people, and was rooted in the tradition of Moses and the prophets. Although his teaching had a profoundly new character, in many instances Christ took his stand on the teachings of the Hebrew Scriptures and often employed the methods of the rabbis of his time”.

When asked about the first of all the commandments, Jesus made his own the Shema, the confession that the Lord God is one, then summarized the Law as the double commandment to love God totally and, citing Leviticus 19.18, to love one's neighbour as oneself.

The scribe repeated Jesus' answer, drawing the right conclusion that this two-fold love is “more important than all whole burnt offerings and sacrifices”. In biblical thought, sacrifices were efficacious when they were accompanied by a contrite heart, one overflowing into love of God and love of neighbour.

Though in Mark's gospel the scribes are almost universally depicted in a negative light, in this instance the scribe's insight merited Jesus' approval (“You are not far from the Kingdom of God”). If we were to ask what further step, in the evangelist's perspective, the scribe must take to inherit or enter the Kingdom, it seems the Markan Jesus' answer would involve some such reply as “go now and put into practice the conclusion you have correctly drawn”.

The Epistle to the Hebrews concludes that the priesthood of Jesus differed from biblical antecedents in several ways, chiefly in that he offered his life on the Cross “once for all”. Now Jesus' priesthood continues in heaven where “he always lives to make intercession” and “to save those who approach God through him”.

Posted by Archbishop Terry at 3:41 AM