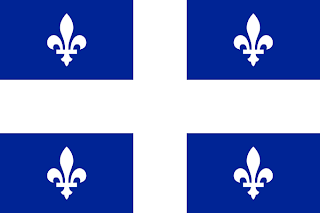 The Solemnity of the Birth of St. John the Baptist, Precursor of Christ is a popular feast worldwide but particularly dear to French Canadians and the Knights of Malta. As our Cathedral Mass this afternoon was bilingual and had the knights and ladies specially gathered for the occasion, my homily made reference to both groups. Here is the English version; the parts in italics were to be delivered in French:

Today, we celebrate the birthday of the Forerunner of Christ, the only one besides our Blessed Mother and Our Lord himself whose birth is celebrated liturgically.

For centuries, the birth of John-situated just after the summer solstice-has had significance for French Canadians who brought with them from France the custom of night-time fires, something I remember from my youth in Montreal. Over time, processions and other religious events and, more recently, secular observances have developed into today's "Fête nationale des Canadiens français". 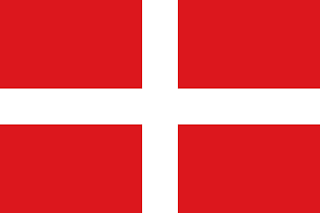 This day also taps into a long association of the Knights and Ladies of Malta who have gathered for Mass this afternoon, with John the Baptist. The Knights of the Order of St. John of Jerusalem (to give their full name) were formed long before their reign on Malta.

The Order, who motto is "Teutio fidei et obsequium pauperum": for the defence of the faith and assistance to the poor", was originally established in 1085 as a community of monks responsible for looking after the sick at the Hospital of St. John the Baptist in Jerusalem.

John's prophetic call to serve both Israel and the nations lay hidden within the designs of God. It was issued before his birth, as he was being carried in the womb of Elizabeth: "The Lord called me before I was born; while I was in my mother's womb He named me".

The majority of Israelite names, like ancient Semitic names in general, had readily understandable meanings. Parents consciously chose such names, which could be translated into sentences, to describe the identity of, or aspirations they had for, their child. The name "Zechariah" means, "The Lord remembers", while "John" means "God has been gracious".

John's name was assigned him by the angel Gabriel when Zechariah was told that his wife would conceive and bear a son in her old age. Though Zechariah had been rendered mute for his momentary unbelief, Elizabeth in a wondrous manner had arrived at the divinely appointed name. She insisted on naming her son John.

John's birth is mentioned only cursorily so that attention may be given to the drama of his naming and the end of Zechariah's speechlessness. When Zechariah wrote "His name is John", people were amazed, Zechariah's tongue was loosed and he began praising God, uttering the Benedictus (Luke 1:68-79), which the Church prays at Lauds every morning.
In the passage from Acts, Paul described the closing of John's preaching career as a selfless one, his humility leading him to speak thus about Jesus: "'What do you suppose that I am? I am not He. No, but one is coming after me; I am not worthy to untie the thong of the sandals on His feet'".

John himself testified, "He must increase, but I must decrease" (John 3:30), a saying that the Church's liturgy has applied to the location of these feasts in the solar calendar.

Let us pray on this lovely solemnity of John the Baptist's birth that all Catholic Christians and French Canadians and Members of the Order of Malta who have a particular attachment to St. John the Baptist, may be strengthened in our desire to follow God's will for our lives by our dedication to Christ and our desire to embrace the motto of the Precursor, that Our Lord may increase and we may decrease, to the glory of God our Father. Amen.

MORE FROM POPE BENEDICT XVI’S LETTER TO PRIESTS (part 4)
Today the Holy Father continues a theme begun yesterday, the cooperation of priest and laity, as called for by the Second Vatican Council:

[Vianney’s] example naturally leads me to point out that there are sectors of cooperation which need to be opened ever more fully to the lay faithful. Priests and laity together make up the one priestly people and in virtue of their ministry priests live in the midst of the lay faithful, “that they may lead everyone to the unity of charity, ‘loving one another with mutual affection; and outdoing one another in sharing honour’” (Rom 12:10).

Here we ought to recall the Second Vatican Council’s hearty encouragement to priests “to be sincere in their appreciation and promotion of the dignity of the laity and of the special role they have to play in the Church’s mission. … They should be willing to listen to lay people, give brotherly consideration to their wishes, and acknowledge their experience and competence in the different fields of human activity. In this way they will be able together with them to discern the signs of the times”.
Posted by Archbishop Terry at 7:35 AM