St Peter Canisius, whose optional memorial may be kept today (in Switzerland and Jesuit houses it is observed on April 27) revitalized a Church that had grown lazy in bringing the faith to people. 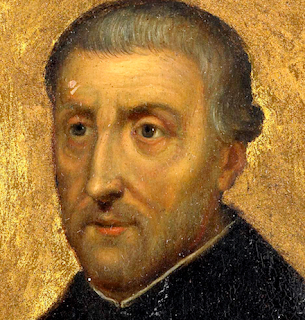 One of the most important Jesuits of the 17th century, Pieter Kanis did much to revitalize the Church in the German-speaking borderlands that come under the influence of Protestant ideas.

A Doctor of the Church, he served in the Society of Jesus at a time when it was credited with saving the Catholic faith in much of Germany, Switzerland, Bohemia ad Moravia.

Born in the Habsburg-controlled Netherlands in 1521 (the region would become part of the Dutch Republic in 1549), he lost his mother very early and his father, a wealthy magistrate, sent him to study at the University of Cologne. There he come under the influence of Peter Faber, one of the founders of the Society of Jesus, and Canisius became the first Dutchman to join the order.

A skilled preacher and writer, he re-invigorated a Church that had grown lazy in bringing the faith to ordinary people. He travelled around the German-speaking world, especially its colleges – a dangerous task that earned him the nickname “the Second Apostle of Germany” (the first being the Anglo-Saxon Boniface). He even turned down the offer of becoming Bishop of Vienna because he wished to continue his travels.

The Dutchman also had a strong influence on Emperor Ferdinand I, who came close to going over to the other side when his son and heir, Maximillian, became a Protestant. Had the Holy Roman Empire itself gone along with the rising tide, then Catholicism could have ended up as a fringe, southern European faith.

Much of the success of the Counter-Reformation was due to Catholics imitating the methods of Protestants, and Canisius’s great success was to produce the “German Catechism”, by which the basics of Catholics were made available in German so that all Germans could understand it. Moving to Augsburg in 1559, he preached and preached and preached, winning back hundreds of Protestants to the faith, and establishing the Jesuits as the most effective agency of the Catholic Church, feared and admired in equal measures. Even after a stroke left him paralysed at the age of 70 he continued to preach and wrote for another eight years until his death.

Canisius was beatified in 1864 and canonized in 1925. He is buried in the grounds of the Jesuit college in Fribourg. 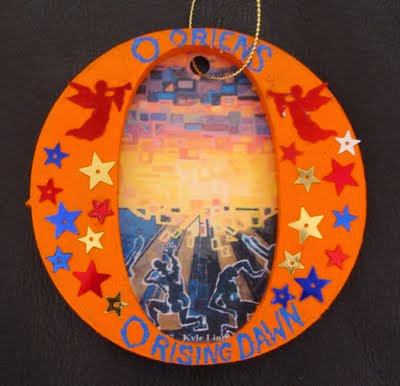 O Radiant Dawn, splendour of eternal light, sun of justice: come, shine on those who dwell in darkness and the shadow of death.
Posted by Archbishop Terry at 7:44 AM