February 29 is the 60th day of the Gregorian calendar in such a year, with 306 days remaining until the end of that year. Leap years

Although most years of the modern calendar have 365 days, a complete revolution around the sun takes approximately 365 days and 6 hours. Every four years, during which an extra 24 hours have accumulated, one extra day is added to keep the count coordinated with the sun's apparent position.

The Gregorian calendar repeats itself every 400 years, which is exactly 20,871 weeks including 97 leap days. Over this period, February 29 falls 13 times on a Sunday, Tuesday, or Thursday; 14 times on a Friday or Saturday; and 15 times on a Monday or Wednesday. 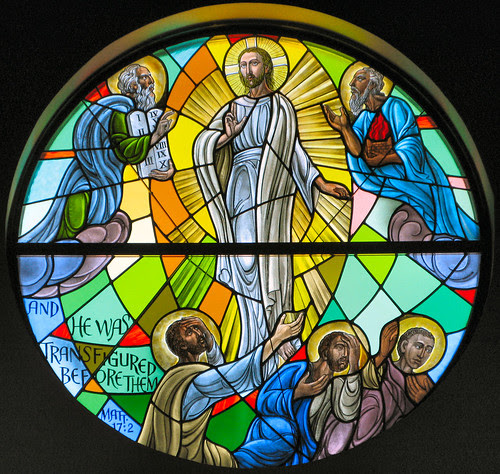 On the First Sunday of Lent, Christians found themselves with Jesus in the wilderness of temptation.

This Second Sunday of Lent finds believers with Him and three chosen disciples on a high mountain. Tradition situates this gospel episode on Mount Tabor in Galilee, now known as the Mount of Transfiguration though other mountains are candidates for the honour.

The context of the Transfiguration fits in very well with Lent, which is oriented to the Paschal Mystery celebrated in Holy Week.

For at mid-point in the gospel narrative, the issue of Jesus' identity had been resolved with Peter's confession—speaking on behalf of the Twelve—that he was “the Messiah” (literally, ‘the Christ’ or the ‘anointed one’ [cf. Mark 8.27-30]).

Jesus then commanded Peter and the others to be silent about his identity. However, he began to tell them “quite openly” about his coming Passion, death and resurrection. And to invite them and all would-be disciples to “deny themselves, take up their cross and follow me”. Several additional sayings by Jesus on the cost of discipleship culminated with his promise that “there are some standing here who will not taste death until they see” the Kingdom of God come in power (Mark 8.31-9.1).

Interpreters are divided about whether the Transfiguration narrative should be interpreted as fulfilling Jesus' promise. Some have maintained that Jesus' was pointing, instead, to his resurrection as the fulfilment of this saying. Other scholars say that Jesus spoke of the Parousia, and that this promise was not realized, becoming instead an embarrassment for the Church.

In favour of the Transfiguration as the accomplishment of Jesus' saying is the temporal notice (“six days later”) that ties the mountain-top experience to the mini-catechism on discipleship. [These words have been omitted from the introductory verse of today's gospel reading.]

Another thematic link with the sayings on cross-bearing and self-offering, however, is found in the words from heaven urging Peter, James and John to “listen to him”. Within the framework of the gospel narrative, God's voice guides the disciples to the teaching on self-surrender that Jesus has just begun to give them.

From this point on in the gospel virtually all of Jesus' sayings will speak of the cost of being a follower of the messiah who fulfils his vocation by dying on the cross. Henceforward—whether the subject matter is true greatness, family life, the use of riches or some other dimension of life—Jesus will be continually referring to the presence of the Cross and its meaning at the heart of the believer's life (Mark 9.14-10.52).

A key feature of the Transfiguration is Peter's suggestion to Jesus that he and his companions build three tents, “one for you, one for Moses, and one for Elijah”. The evangelist observed that “Peter did not know what to say, for they were terrified”.

Their fear is relieved by the discovery, after God's voice falls silent and the heavenly visitors depart, by their seeing “only Jesus” who encouraged them to remain silent “until after the Son of Man had risen from the dead”. The disciples need for continuing instruction is hinted at in the notice of their “questioning what rising from the dead could mean”.

Another tale of terror on the mountain is that of Abraham's ‘binding of Isaac’ and willingness to offer him up in obedience to God's command. The people of Israel continue to remind God of this devotion by Abraham when they make petitions.

Paul reminds Christians that God willingly made for sinful humanity the sacrifice not demanded of Abraham—the sacrifice of his only-begotten Son—(“God did not withhold his own Son, but gave him up for all of us”). This is the ground of the Christian's hope that God will give believers everything else as well, including one day the glory of being transfigured into the likeness of Christ (cf. Philippians 3.21).
Posted by Archbishop Terry at 6:13 AM