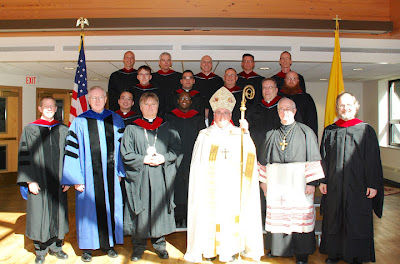 On May 11, I flew to Pittsburgh, en route to St. Vincent's Archabbey Seminary in Latrobe, PA, where at the invitation of Archabbot Douglas Nowicki, O.S.B. the seminary conferred on me a degree of Doctor of Divinity (honoris causa) during a Service of Vespers and I delivered the Address at the seminary's convocation.

The legendary Benedictine hospitality was very much in evidence and I was pleased to get to know the abbey and the seminary (its history dating back to the first abbot in the USA, Abbot Boniface Wimmer, who founded a large number of institutions that began by serving German Catholic immigrants and later extended their ministrations to every other ethnic group, mainly--in keeping with the monastic tradition--in rural areas).

St. Vincent's College, with some 1800 students, is also a going concern, served by numerous monks from the archabbey's community numbering over 160, and many lay Catholics who share the vision of the monastic community.  They have recently redone their science complex, which is now state of the art, and are delighted with the Fred Rogers Conference Centre, where a festive dinner was held and which fosters the values and hosts the archives of the TV series, Mr. Roger's Neighborhood.

It was a very happy experience as the remaining photos, made available by the archabbey's communications office, show: 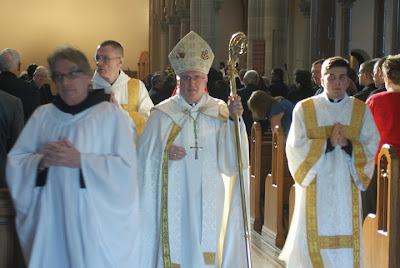 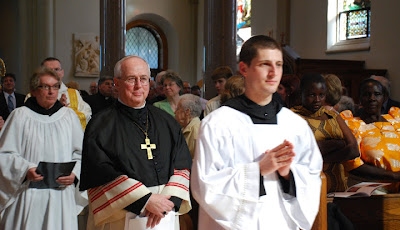 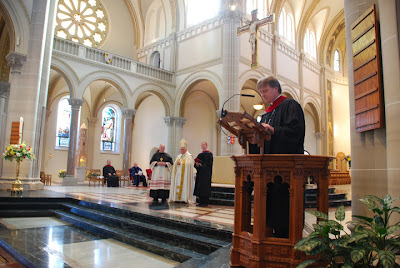 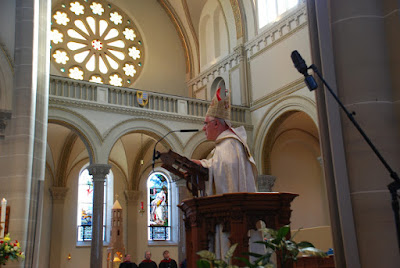 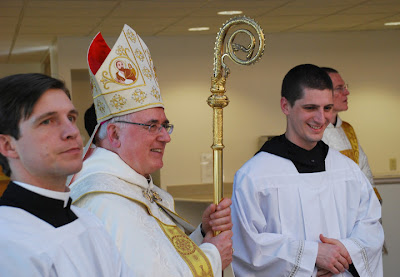 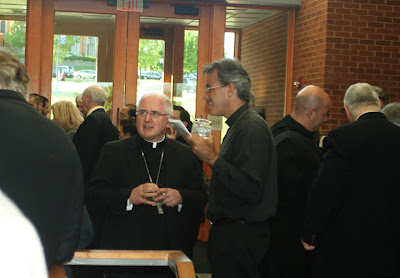 Posted by Archbishop Terry at 6:46 AM