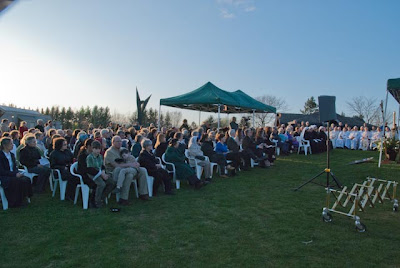 ...Today, we come to a final commendation of Father Bob Bedard's mortal remains in a beautiful mausoleum. In a small way, this structure will keep his life present to our memory to help us cling to the ways of discipleship he shared with us. Certainly, the inspiring writings and the vibrant community of priests he has left us will do that. We become aware of this legacy: a fellowship devoted to Christ and his Church that is rooted in the Magisterium, is centred on the Eucharistic, rejoices in the charisms bestowed on us by the Holy Spirit, and lives under the sheltering protection of the Blessed Virgin Mary, inspired by her “yes” to God. This urges us on in the task of the new evangelization.

The reading from Paul’s second epistle to Timothy, chosen for this occasion, speaks of the testament that will guide ministry in the church from generation to generation. The gospel of the day reminds us of the many rooms in the Father’s house to which our brother in Christ has preceded us. Both these New Testament readings bring us consolation and peace on this solemn occasion. 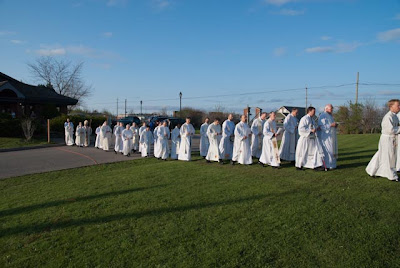 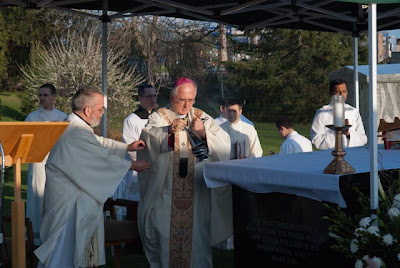 In today’s epistle reading, we see Paul encouraging Timothy—a timid person—to let the scriptures guide him in all the decisions he will have to take during his ministry, once his mentor has gone home to the Lord. Father Bob did this, too, by both word and example. In his own life and ministry, he knew the truth Paul declares—that scripture has a multitude of purposes, namely, “teaching, reproof, correction, training in righteousness”—even instruction about prayer—during the time allotted us on this earth.

We lay Father Bob’s body to rest until Christ’s return, confident that, having been nourished by the Eucharist, it will be restored in glory on the last day. St. Paul’s summary of his career as an apostle and evangelist applies also to Father Bob, “I have kept the faith.”

Like St. Paul, he had been loyal in keeping trust with the Lord who called him to his service. God will offer him the victor’s prize. Not the race-winner’s wreath of leaves given at the Olympics or Isthmian Games that wither. Rather, on the last day, God will confer the infinitely more precious “crown of righteousness.”

Timothy and Father Bob, and all of us gathered here this evening, know that, by clinging to the Scriptures and their embodiment in the sacramental life of the Church, we too can receive this crown from Jesus, “the righteous judge.”

Paul tasked Timothy, and I believe Father Bob would want to say the same to us, that we continue to evangelize: “proclaim the message; be persistent whether the time is favourable or unfavourable.”

Paul used dramatic images to symbolize the nearness of his death. His statement, “I am already being poured out like a libation,” alludes to the wine poured out upon ritual temple sacrifices.

“The time of my departure” evokes impressions of breaking camp or letting a ship loose from its moorings. Both were common euphemisms for death in antiquity. Paul also expressed a serene sense of accomplishment. This comes not from his strength alone but with Christ’s power.

Two athletic images lead into a concluding summary of Paul’s ministry: the fight and the race. All that remained for Paul was to accept God’s final gift, the culmination of a life of blessings freely bestowed, “To him be the glory forever and ever. Amen.” 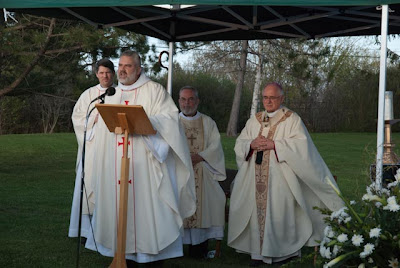 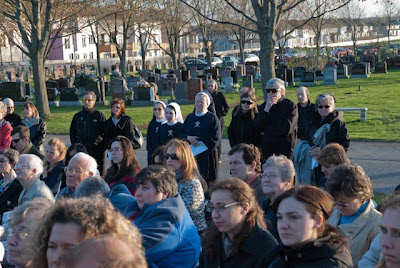 Thomas, the disciple who is our twin, expresses our confusion in the face of the mystery of death, “Lord, we do not know where you are going. How can we know the way?” Behind these questions lies the plaintive cry to Jesus, “Why must you leave us?” You may have felt similar emotions stirring when Father Bob passed away.

This appeal echoes the early Christian community’s concern about how to sustain the dynamism unleashed by Jesus, now that he would be absent from the world in which the Church lived. Jesus’ answer was a call to his disciples to believe in him as they believed in the Father: “Believe in God, believe also in me.”

Although Jesus’ “Father’s house” is a reference to heaven, it is likely that the revelation by the Johannine Jesus should be understood not spatially but relationally. Earlier, John had informed his readers that Jesus was always “in the bosom of his Father” (1.18), even when he was on earth and the Father in heaven.

And so, the many rooms or “dwelling places,” which have been prepared for and await Jesus’ disciples, refer to that intimate relationship they would one day enjoy with “my Father and your Father, my God and your God” (20.17). 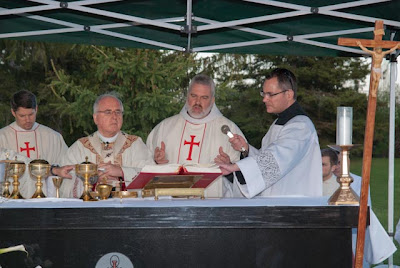 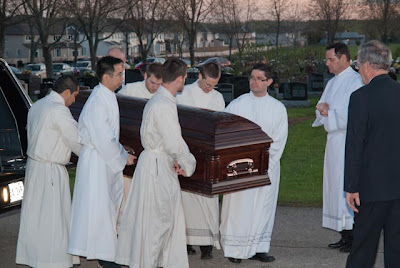 Thomas misunderstood Jesus’ sayings, which allowed for clarifications, namely, that Jesus is the way that leads to God, “I am the Way, and the Truth, and the Life; no one comes to the Father except through me.” Jesus reveals that he not only offers access to the Father, but that he is also the embodiment of life with God. Christ’s exclusive claim reminds us that evangelisation is the Church’s first priority....

Father Bob had a powerful encounter with Christ, our Risen Lord. He was hopeful enough about the future to plant seeds in our hearts that would flourish decades later, as they do today.

Although we say our farewell to Fr. Bob’ physical presence at this solemn ceremony, I am confident that he continues to pursue his ministry as an intercessor. Let us resolve to commit, as he did, to the new evangelization, so needed in our day, wherever God would send us. 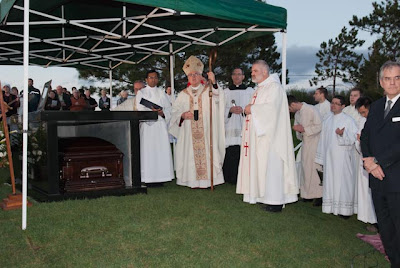 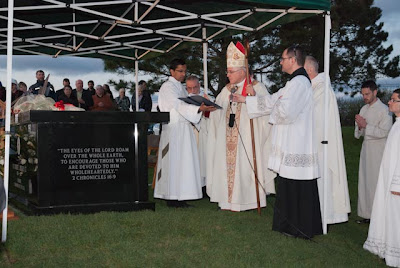 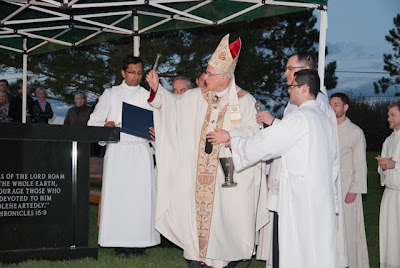 [Photos courtesy of Heribert Riesbeck]
Posted by Archbishop Terry at 6:23 AM