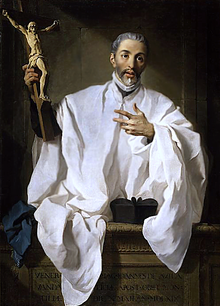 At the conclusion of a special World Youth Day Mass for seminarians at the Cathedral Church of Santa María La Real de la Almudena, in Madrid, Spain, on 20 August 2011, Pope Benedict XVI announced that he would soon declare St. John the 34th Doctor of the Universal Church.

On Pentecost Sunday, the Holy Father noted that he make this solemn pronoucement at the Opening Mass of the Synod on the “New Evangelization” and will also add St. Hildegard of Bingen to the list of those who, by their way of life and the wisdom of their spiritual doctrine are worthy of being designated perennial “teachers of the Church”.

St. John of Avila was a parish priest and theologian in 16th century Spain who exercised some influence over ideas concerning the reform of priestly reformation at the Council of Trent. Avila linked the priesthood closely to the Eucharist and regarded holiness as the preeminent quality of a priest, who must serve as a mediator between God and man. To this end, he recommended painstaking selection of candidates followed by rigorous spiritual and intellectual formation within a community. For Avila, renewal of the priesthood demanded the priest's conformity to Christ as both Good Shepherd and High Priest.

Sixteenth century Spain was a golden age of sanctity during which a veritable procession of saints appeared on the scene before and after the Council of Trent and contributed in a multitude of ways to the reform and renewal of the Church. We might mention, for example, such saints as Ignatius of Loyola, Peter of Alcantara, Teresa of Avila, Francis Borgia, and John of God. All of these saints were religious who renewed the life of the Church by founding or reforming communities that became renowned for holiness of life and apostolic zeal. Less often noticed, but definitely a participant in the procession of sixteenth century Spanish saints is St. John of Avila, a diocesan priest who laboured as a preacher, confessor, spiritual director, catechist, evangelizer, educator, and theologian and knew and helped each and all of the saints mentioned above.

Venerated in Spain as the patron of diocesan priests, John Avila was a major figure in the reform of the life and ministry of parish priests who, as shepherds of Christ's faithful, have direct influence on the holiness of the Church. His teaching on the priesthood and its renewal continues to be illuminating for the Church, especially in the contemporary situation in which profound questions have been raised about priestly life and ministry. Avila was profoundly convinced of the holiness of the priestly state and of the holiness of life required of each and every priest. He considered the very holiness of the Church and its members to depend on the careful selection and formation of candidates for the priesthood so that they might be holy and exercise their office of sanctifying others. 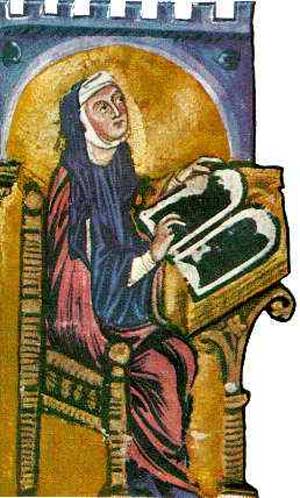 St. Hildegard of Bingen was a most remarkable woman, and one of the greatest figures of the 12th century. This German mystic was a poet and a prophet, a physician and a moralist. She fearlessly rebuked popes and bishops, princes and lay people.

Becoming a nun at 15, Hildegard led an uneventful life for the next 17 years. But more and more she found herself foretelling the future in her conversations. After she became prioress of her community she felt the need to begin writing down the visions and revelations that were coming to her. The archbishop of Mainz examined her writings and declared, “These visions come from God.” Encouraged, she began her greatest work, 26 visions dealing with God and man, creation, redemption and the Church. Full of apocalyptic language, warnings and prophesies, the writing took 10 years to complete. Pope Eugenius III examined the results and cautiously told Hildegard to continue to write whatever the Holy Spirit told her to publish.

With the blessing of the pope, Hildegard, overcoming much opposition, built a larger monastery for her nuns in a place that had been revealed to her in a vision. The new monastery had such things as running water for the 50 women religious who resided there. And Hildegard was able to entertain the community with hymns and canticles for which she wrote both the music and the words. She composed a sacred cantata and wrote 50 allegorical homilies to be used for community reading.

Her more than 300 letters, written to popes and kings, to clergy and abbesses, are full of warnings and prophecies. As was to be expected, she was widely criticized by some, including her own nuns, while others valued her counsel. Despite sickness, she continued to write. One book was on natural history, another on medicine. Some of her ideas on blood circulation and mental illness were far ahead of her time.

Although she has never been formally canonized, the Roman Martyrology lists her as a saint.

Hildegard once said, “These visions which I saw—I beheld them neither in sleep nor dreaming nor in madness nor with my bodily eyes or ears, nor in hidden places; but I saw them in full view and according to God’s will, when I was wakeful and alert, with the eyes of the spirit and the inward ears.”
Posted by Archbishop Terry at 6:37 AM