Last Tuesday, I atttended the episcopal ordination of Bishop Daniel Miehm, Auxiliary Bishop of Hamilton.  A joyous occasion for all in attendance. 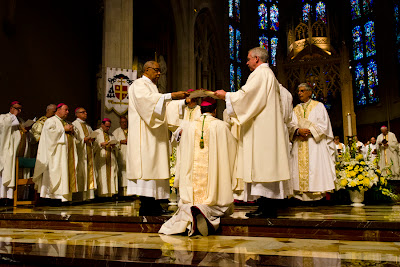 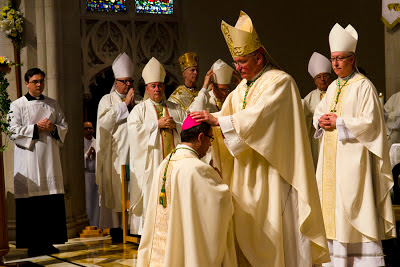 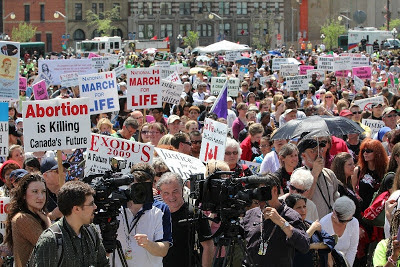 The weather was sunny and warm last Thursday for the successful March for Life (more than 20,000 taking part), even though rain and thundershowers had been foretold.

The Eastern Rite prayer service around 4 o'clock after the March was completed took place in front of the Peace Tower.  Though I do not have a photo from the service, the homily is reproduced below, illustrated with photos from the day.

Reflection on Parliament Hill at the March for Life—May 9, 2013
EASTERN CATHOLIC PRAYER SERVICE
HEALING THOSE HURT BY ABORTION
[Luke 1.39-49, 56] 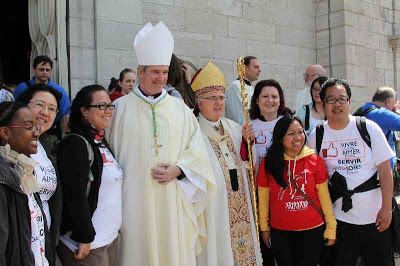 Bishop Pazak, brothers in the presbyterate and diaconate, dear brothers and sisters in the Lord:

The beautiful text on the encounter of Elizabeth and her kinswoman Mary during which Elizabeth’s son leapt in her womb as Mary with Jesus in her womb drew near in welcome is a wonderful context for our reflection in prayer at this closing ceremony on Parliament Hill at this 2013 edition of the March for Life. What joy should be ours as we contemplate life in the womb and what sadness should be ours as we consider its destruction!

Some years ago, Blessed Pope John Paul II observed that “a society will be judged on the basis of how it treats its weakest members and among the most vulnerable are surely the unborn and the dying.” Today in Canada, we are living with a great evil that is causing untold suffering–the scourge of abortion. Some in society cast the abortion debate as a matter of human rights. They argue that any limit on abortions violates the rights of women to complete autonomy. But there is a deafening silence as to the real cost of abortion on women, men, preborn children, and society. 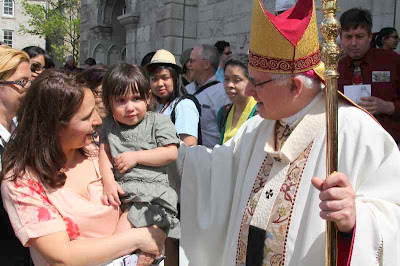 The moral evil of abortion has far-reaching effects. It is not only a matter between a woman and her physician. Not only is a human life destroyed in the womb—which should be the safest place for a human being to be—but many women later profoundly regret their decision to have an abortion. They, and the fathers of their children, often later suffer feelings of anxiety and despair as the consequences of an abortion. This reality gets little or no public recognition because it challenges the assertion that abortion is merely a medical procedure comparable to minor cosmetic surgery. That is simply not the case. Ignoring, or worse, hiding the real effects of abortion does women, children, men and families a great disservice. The effects have physical, emotional and spiritual dimensions, as we have just heard in the testimony by the women taking part in “Silent No More”. We rightly demand accountability and full disclosure in our financial dealings with institutions, as well as from our physicians. So why is the whole truth of abortion and its effects being hidden from the public?

We need to challenge the false idea that abortion is merely a personal decision. The truth is abortion hurts everyone–the developing child in the womb, the mother, the father, the extended family, the community and even our culture. We need to be witnesses to our God-given dignity as human beings. We are created and loved by God from the moment of conception, called into being to be united with God. We were made to love and serve one another in Christ Jesus.

One of the victims of abortion, let us call her Joanne, is a 20-year-old university student. A neighbour noticed that she was often teary-eyed in the residence hallway. When he visited her room, he couldn’t help notice all the baby pictures on her wall. She explained that that was what her child would have looked like, had she not had an abortion. She hadn’t been to Mass since the abortion, convinced that God now despised her. Her neighbour told her that Jesus would forgive her if only she asked. 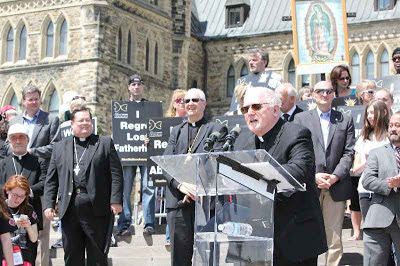 In the struggle to end abortion, we must not lose sight of the need for compassion and healing for the Joann’s who suffer in the wake of this wrong choice. There is a stereotype that the Catholic Church is harsh and judgemental on the ‘abortion issue.’ The deceit maintains that Catholics only care about the baby and not about the mother (and father). But the Catholic Church does not abandon those women and men who struggle to come to terms with their decision. In the painful aftermath of abortion, when mothers and fathers realize the full import of their decision, despair and feelings of worthlessness often arise. Into this darkness, the Church shines the warm, penetrating light of Christ’s mercy and forgiveness for the repentant. The Sacrament of Reconciliation provides an opportunity to experience God’s forgiveness for the person who sorrowfully approaches our loving heavenly Father for mercy and healing. There is no sin, no matter how great, that God cannot forgive.

As Catholic Christians, we need to be agents of healing and mercy, not pitiless judges. One of the most powerful scenes in the New Testament is in the Gospel of John. Jesus confronts the accusers of the woman caught committing adultery and says, “Let anyone among you who is without sin be the first to throw a stone” (John 8.7). The point of this encounter is that we all are in need of God’s mercy and forgiveness because we are all sinners. Are we able to love another as Christ has loved us first? We will not win the struggle to end abortion with polemics. We will win it with truth spoken in love, and with mercy and forgiveness for those suffering from the effects of this moral disease.

Being pro-life is about treasuring and respecting the reality of each human life, from the very moment when it came into existence. It is a unique expression of humanity that shares in the life and dignity of Christ–whatever its condition, its struggles, or its expression. But as committed Catholic Christians, we must not only protect human life from the moment of conception until the moment of natural death. We must also show compassion for those who suffer in the devastating aftermath of the evil of abortion. Sometimes the challenge of being Pro-Life can be overwhelming in the light of modern culture. To encourage us, Blessed Pope John Paul II reminds us of this important truth, “Do not abandon yourselves to despair. We are the Easter people and hallelujah is our song”! How apt for today when Christians following the Julian calendar are celebrating the Octave of Easter, while those following the Gregorian calendar are celebrating or preparing to celebrate the Risen Lord’s Ascension into glory, becoming for all eternity in heaven the Lord of Life! 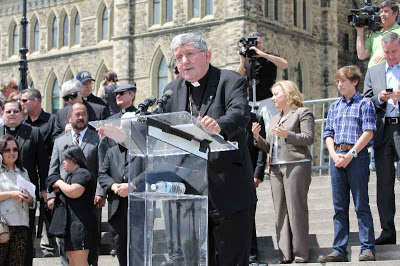 Being Pro-Life means being a person of faith, hope and compassionate love. We see the full scope of the evil of abortion. We reach out to love and care for not only the preborn, but also for the other victims of abortion: the mothers, fathers and families. They often silently deal with its aftermath in doubt and despair.

I challenge you also to treat kindly those who oppose us. Be steadfast but do not be harsh. Your loving witness and your persistent prayers will soften their hearts.

\In closing, I would like to quote from the first Letter of Peter. “Now that you have purified your souls by your obedience to the truth so that you have genuine mutual love, love one another deeply from the heart” (1 Peter 1.22).

May God bless you, and may Our Lady of Guadalupe, the guardian of the life of God’s people, watch over you always. 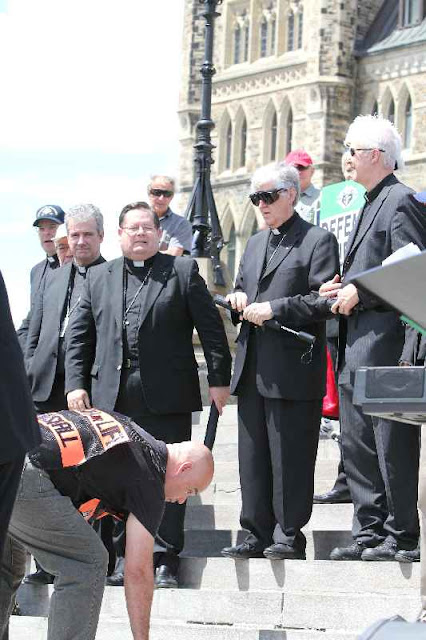 CONFIRMATIONS AT THE POLISH-LANGUAGE PARISH 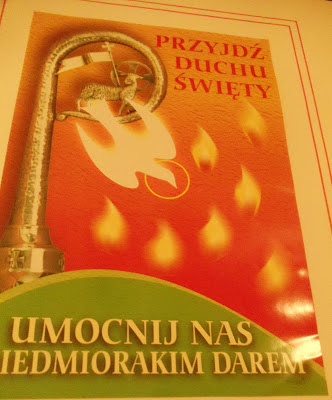 On Saturday evening, I celebrated the Sacrament of Confirmation with some 36 candidates (mostly adolescents, but with several adults) at St. Hyacinth Parish, directed by the Oblate Fathers.

After the Mass, a reception was held in the parish hall. 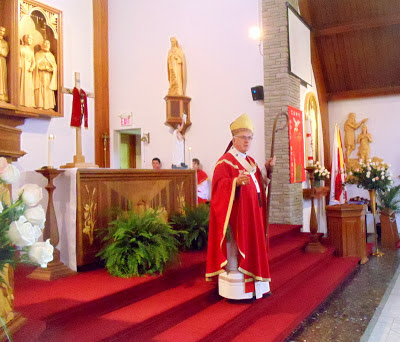 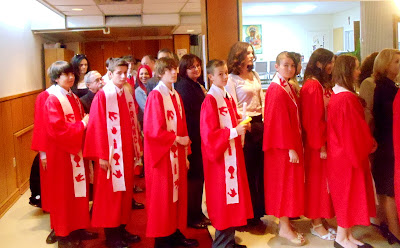 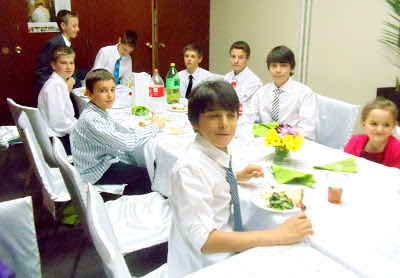 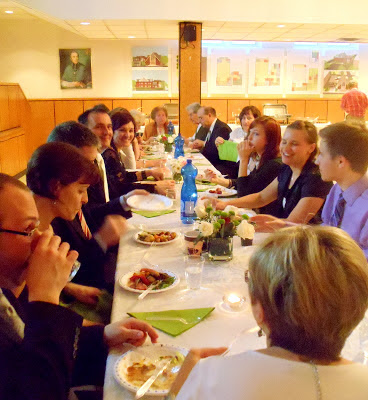 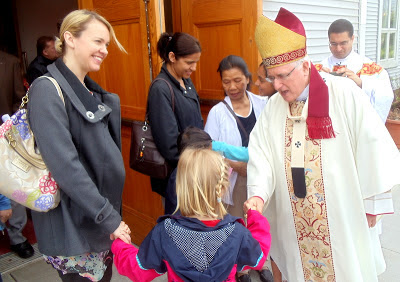 On Sunday morning, I had a quick visit to Divine Infant Parish in Orleans on the Solemnity of the Ascension (which was also Mother's Day).

After the second Mass, I had a chance to greet some families and to pose with the seminarian intern Matthew Chojna and Pastor Father Frank Brewer and associate Father Hezuk Shroff. 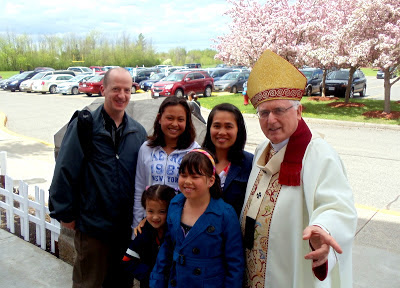 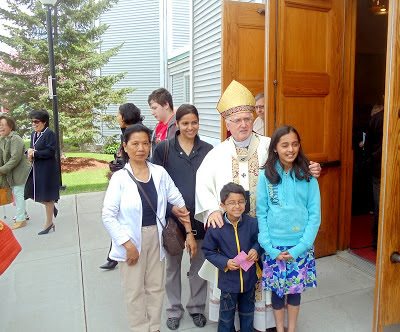 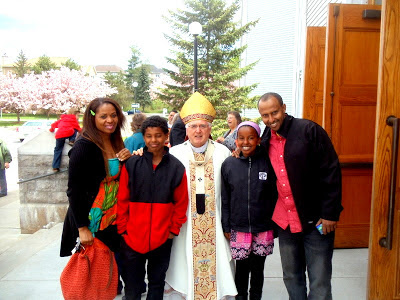 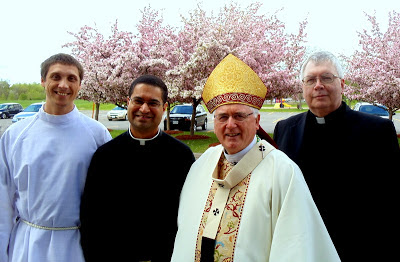 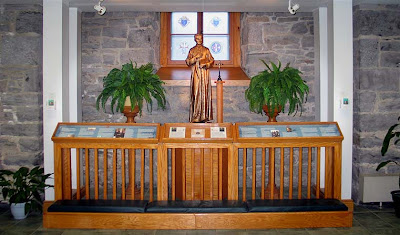 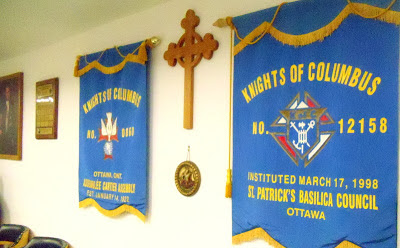 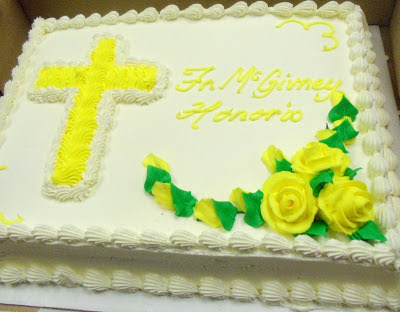 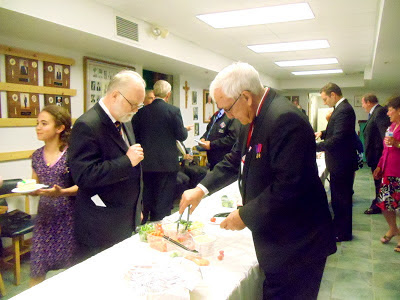 O God, who assigned Saint Matthias a place in the college of Apostles, grant us, through his intercession, that, rejoicing at how your love has been allotted to us, we may merit to be numbered among the elect. Through our Lord Jesus Christ, your Son, who lives and reigns with you in the unity of the Holy Spirit, one God, for ever and ever 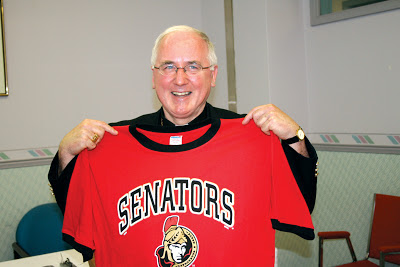 The Feast of St. Matthias in 2007 was the occasion of my nomination as Archbishop of Ottawa.  On that day, Emeritus-Archbishop Marcel Gervais presented me with a sweater of the home town Senators (which effected a conversion from my life-long attachment to my hometown Canadiens).

Fortuitously, today is the start of the second round of the playoffs--now Ottawa is Canada's lone remaining playoff contender.  Go, Sens, Go!

Posted by Archbishop Terry at 6:10 AM