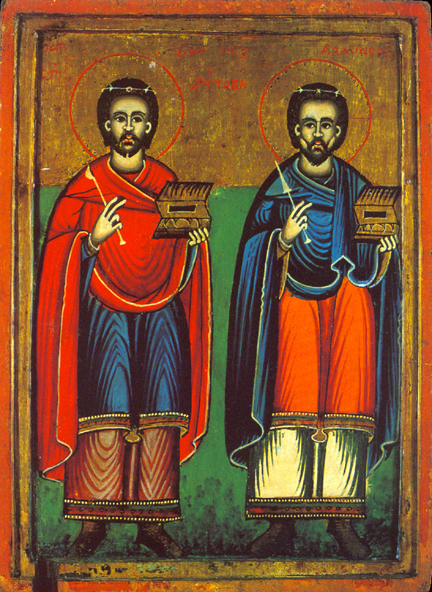 This is one of the most ancient feasts of the Church, and these two martyrs have been honoured in the East and West in many ways, including the building of churches in their honor in Rome and Constantinople. Along with St. Luke, they are the patron saints of doctors. Little is known of their true history, but the legend that has come down to us is of very early origin.

Sts. Cosmas and Damian were venerated in the East as the "moneyless ones" because they practiced medicine gratis. According to the legend, they were twin brothers, born in Arabia, who studied in Syria and became skilled physicians. They were supposed to have lived on the Bay of Alexandretta in Cilicia, in what is now Turkey.

Since they were prominent Christians, they were among the first arrested when the great persecution under Diocletian began. Lysias, the governor of Cilicia, ordered their arrest, and they were beheaded. Their bodies, it was said, were carried to Syria and buried at Cyrrhus.

What is certain is that they were venerated very early and became patrons of medicine, known for their miracles of healing. The Emperor Justinian was cured by their intercession and paid special honour to the city of Cyrrhus where their relics were enshrined.

Their basilica in Rome, adorned with lovely mosaics, was dedicated in the year 530. They are named in the Roman Martyrology and are mentioned in the Roman Canon [First Eucharistic Prayer] of the Mass, testifying to the antiquity of their feast day.

The great honour in which they are held and the antiquity of their veneration indicate some historical memory among the early Christians who came out of the great persecutions with a new cult of Christian heroes. Cosmas and Damian were not only ideal Christians by their practice of medicine without fee, they also symbolized God's blessing upon the art of healing and that respect for every form of science, which is an important part of Christian tradition. [Excerpted from Rev. Clifford Stevens, The One Year Book of Saints]

* * *
May you be magnified, O Lord, by the revered memory of your Saints Cosmas and Damian, for with providence beyond words you have conferred on them everlasting glory, and on us, your unfailing help. Through our Lord Jesus Christ, your Son, who lives and reigns with you in the unity of the Holy Spirit, one God, for ever and ever.

The Ottawa Chapter of the CANADIAN FEDERATION OF CATHOLIC PHYSICIANS SOCIETIES is under the patronage of today's doctor-saints.

Naturally, we are all pleased that this feast day, which had been dropped from the Canadian liturgical calendar because it conflicted with the Canadian Martyrs Feast on September 26 has been restored, and is being observed now a day earlier in Canada as an optional memorial.

The CFCPG holds an annual convention, which in 2013 will take place from May 31-June 2 in Quebec City.

Here is the poster for the meeting: doctors, medical students and others associated with health care in various forms are invited to take part.

For more info or to register for the conference: www.quebec2013.ca.

VIEWS OF THE BISHOPS' ASSEMBLY 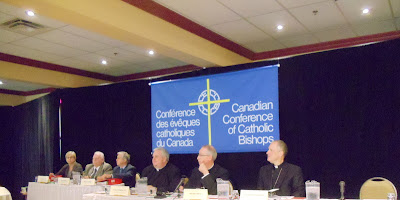 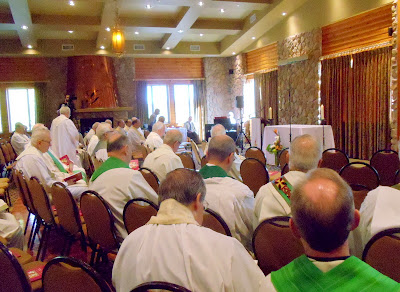 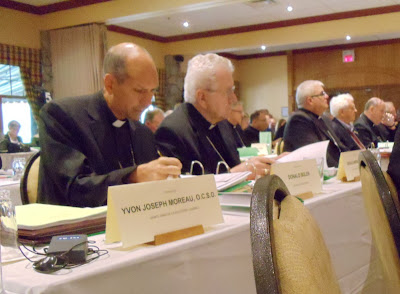 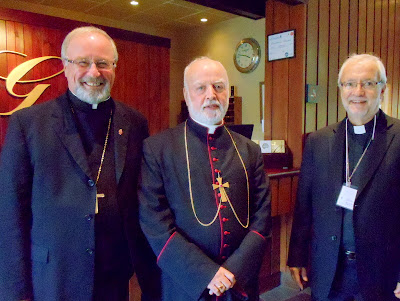 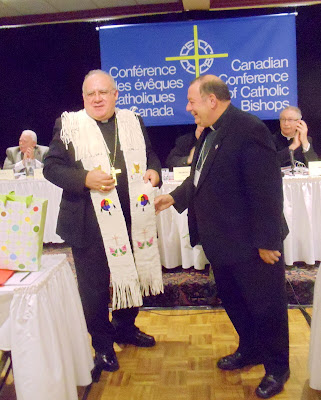 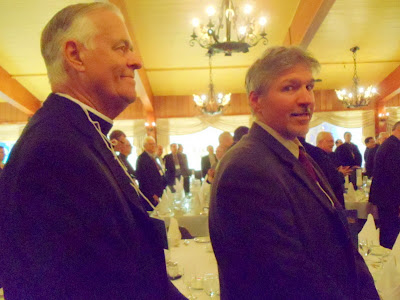 Posted by Archbishop Terry at 6:09 AM