Jesus Calls Disciples to Carry the Cross - The Pope in Lebanon 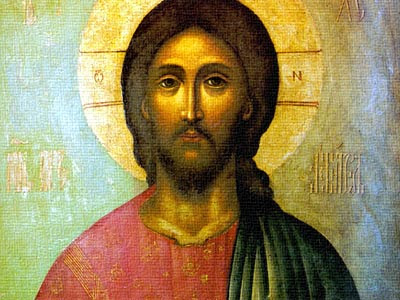 The second half of the gospel (Mark 8:31-16:8) seems to be pre-occupied with answering the question "how will Jesus be the Christ (Hebrew messiah)?" The answer that Jesus begins to give in Mark 8:31 is that he will fulfil his role as God's anointed one by suffering, dying and, after three days, rising from the dead. In contrast with Jesus' messianic identity, Mark tells us and he said all this quite openly. In reaction to Peter (and the disciples -- notice that Jesus has his eyes on the disciples when he rebukes Peter, calling him Satan), Jesus says there are two different ways of looking at reality: God's way and the human way. He then calls the people and the disciples to himself and teaches the paradoxes of the cross that should touch all of his followers' lives.

Just as suffering was the lot of the prophets (notably Elijah) and John the Baptist (cf. 1:14-15; 6:14-29), so it will not be absent from the life of any who come after Jesus. Since his suffering was especially dramatic because of his crucifixion, any type of human suffering undergone out of a wish to be identified with Jesus and his gospel is called taking up one's cross. This is to be done willingly as Jesus did: hence the emphasis on desire, on one's wanting to be a follower of mine (and not wanting to save one's life). The path is that of self-forgetfulness for the sake of Jesus. It is a vision that sees that even a basic yearning to live can get in the way of entering into eternal life.

The terms of following Jesus are brutally frank: let him or her renounce self and take up the cross and follow me or losing one's life for my sake. Such sayings do not mean that Christians are to perform acts of self-hatred to show their discipleship; rather they are to recognize that the cross will inevitably come into everyone's life (as it did in Jesus' life). The Father will see us through these saving events, not always in the way we might like, but ultimately in a saving way, as God vindicated Jesus by raising him from the dead. Though people might volunteer to be part of the entourage of the Christ (Messiah), there is little likelihood that people will line up to enter upon the path that Jesus points out to his followers. That may explain why Jesus counsels silence about his messianic destiny but declares openly his destiny to suffer.

In the Transfiguration narrative, which follows this episode, God's voice from heaven tells the disciples, This is my Beloved Son; listen to him. He speaks of the cost of discipleship. On the way down the mountain Jesus tells the disciples to tell no one of the glory they had seen until the Son of Man has risen from the dead (9:9). Another way of putting this command is "don't speak of the Resurrection without speaking of the Cross". Or, in the words of the old spiritual, "if you can't bear a cross, you can't wear a crown". This may explain, then, why the demons are silenced when they confess Jesus' divine sonship early in the first half of the gospel. For, Jesus is fittingly proclaimed Son of God by the centurion only after his death on the Cross, in obedience to God's plan and out of love for sinners.


Look upon us, O God, Creator and ruler of all things, and, that we may feel the working of your mercy, grant that we may serve you With all our heart. Through our Lord Jesus Christ, your Son, who lives and reigns with you in the unity of the Holy Spirit, one God, for ever and ever.


THE HOLY FATHER
CALLS FOR RELIGIOUS FREEDOM
IN THE MIDDLE EAST
﻿﻿﻿ ﻿﻿﻿

“In examining the present situation of the Church in the Middle East, the Synod Fathers reflected on the joys and struggles, the fears and hopes of Christ’s disciples in these lands. In this way, the entire Church was able to hear the troubled cry and see the desperate faces of many men and women who experience grave human and material difficulties, who live amid powerful tensions in fear and uncertainty, who desire to follow Christ – the One who gives meaning to their existence – yet often find themselves prevented from doing so. That is why I wanted the First Letter of Saint Peter to serve as the framework of the document. At the same time, the Church was able to admire all that is beautiful and noble in the Churches in these lands.

“Ecclesia in Medio Oriente makes it possible to rethink the present in order to look to the future with the eyes of Christ. By its biblical and pastoral orientation, its invitation to deeper spiritual and ecclesiological reflection, its call for liturgical and catechetical renewal, and its summons to dialogue, the Exhortation points out a path for rediscovering what is essential: being a follower of Christ even in difficult and sometimes painful situations which may lead to the temptation to ignore or to forget the exaltation of the cross. It is here and now that we are called to celebrate the victory of love over hate, forgiveness over revenge, service over domination, humility over pride, and unity over division. In the light of today’s Feast, and in view of a fruitful application of the Exhortation, I urge all of you to fear not, to stand firm in truth and in purity of faith.

“This is the language of the cross, exalted and glorious! This is the “folly” of the cross: a folly capable of changing our sufferings into a declaration of love for God and mercy for our neighbour; a folly capable of transforming those who suffer because of their faith and identity into vessels of clay ready to be filled to overflowing by divine gifts more precious than gold (cf. 2 Corinthians 4.7-18). This is more than simply picturesque language: it is a pressing appeal to act concretely in a way which configures us ever more fully to Christ, in a way which helps the different Churches to reflect the beauty of the first community of believers (cf. Acts 2.41-47: Part Two of the Exhortation); in a way like that of the Emperor Constantine, who could bear witness and bring Christians forth from discrimination to enable them openly and freely to live their faith in Christ crucified, dead and risen for the salvation of all.

“The Exhortation as a whole is meant to help each of the Lord’s disciples to live fully and to pass on faithfully to others what he or she has become by Baptism: a child of light, sharing in God’s own light, a lamp newly lit amid the troubled darkness of this world, so that the light may shine in the darkness (cf. John 1.4f. and 2 Corinthians 4.1-6). The document seeks to help purify the faith from all that disfigures it, from everything that can obscure the splendour of Christ’s light. For communion is true fidelity to Christ, and Christian witness is the radiance of the paschal mystery which gives full meaning to the cross, exalted and glorious. As his followers, “we proclaim Christ crucified … the power of God and the wisdom of God” (1 Corinthians 1.23-24; cf. Part Three of the Exhortation).

“Fear not, little flock” (Luke 12.32) and remember the promise made to Constantine: “In this sign you will conquer!” Churches of the Middle East, fear not, for the Lord is truly with you, to the close of the age! Fear not, because the universal Church walks at your side and is humanly and spiritually close to you! It is with this hope and this word of encouragement to be active heralds of the faith by your communion and witness, that on Sunday I will entrust the Post-Synodal Exhortation Ecclesia in Medio Oriente to my venerable brother Patriarchs, Archbishops and Bishops, and to all priests, deacons, men and women religious, the seminarians and all the lay faithful. “Be of good cheer” (John 16.33)! Through the intercession of the Virgin Mary, the Theotókos, I invoke God’s abundant gifts upon all of you with great affection! God grant that all the peoples of the Middle East may live in peace, fraternity and religious freedom! May God bless all of you!”
Posted by Archbishop Terry at 6:13 AM