Sunday 22A: Paul on the Christian's New Mind-set - The Walls of Avila

﻿
Twenty-second Sunday in Ordinary Time (Year "A") - August 28, 2011 - CHRISTIAN LIFE: “A LIVING SACRIFICE”... “SPIRITUAL WORSHIP” - [Texts: Jeremiah 20:7-9 [Psalm 63]; Romans 12:1-2; Matthew 16:21-27]
In this liturgical year “A”, which features Matthew's gospel, Paul's magisterial epistle to the Romans is appointed as the second reading for Sundays 9-24.
The first part of this epitome of Paul's theological reflection began with a characterization of the human predicament deriving from the fact that all members of the human race—whether Jews or Greeks—have sinned and fallen short of their dignity as children of God.  More than that, every single person finds himself or herself unable, on their own, to extricate themselves from this sorry situation (Romans 1.16-3.20).
God's answer to this mess was to send his Son Jesus Christ, innocent and without sin, to offer his life as an expiation for sin, “a sacrifice of atonement by his blood” (3.21-25).  Just as Abraham had righteousness reckoned to him by his faith, so people in every age may freely avail themselves of God's free gift of salvation in Christ by confessing faith in Jesus (3.26-4.25).
Paul expands on this saving mystery by declaring that God's love for sinners became manifest to them when they personally experienced the love of God poured into their hearts through the Holy Spirit lavishly given them (chapter 5).  Begun in baptism, Christ's victory over sin is gradually being won in each individual disciple, though the struggle they personally wage against sin continues to have an impact on their human psyches (chapters 6-7).
The indwelling Holy Spirit, who assists Christians in joyfully bearing with the vicissitudes of everyday life, becomes the “pledge” (or down-payment) of the salvation that God will ultimately make fully theirs (chapter 8).
In a passionate summary, Paul gave expression to the paradox that “all things work together for good for those who love God” (8.28) and his conviction that nothing “in all creation will be able to separate us from the love of God in Christ Jesus our Lord” (8.39).
After an excursus on God's designs for 's final salvation despite their having refused to accept Christ (chapters 9-11), Paul gives an exhortation on how Christian life should be lived in the interim period between the beginning of salvation in this world and its completion in the world to come (12.1-15.13).
Paul urged the Romans not to be conformed to the thought-patterns of this world, but to present their bodies as “a living sacrifice, holy and acceptable to God”.  They were to allow the gospel message to “transform” their lives from the inside out.  The result would be a Christian lifestyle in which they offered their own bodies “as spiritual [or reasonable] worship”.
The Christian's change of perspective is not an act of mindless conformity, but is guided by reason, as befits an intelligent human being.  “Do not be conformed to this world, but be transformed by the renewing of your minds, so that you may discern what is the will of God”.
Christians must guard against adapting themselves to the form of this passing age.  They must enter into a permanent state of renewing their minds so that they are able to recognize God's will (“what is good and acceptable and perfect”).
God's word urges disciples to choose the good, that path which leads not to death but to life.  In the gospel, Jesus prompts his disciples to see that the pathway to eternal life lies in dying to self, in taking up the cross.  And in not following worldly views such as Peter espoused when he resisted Jesus' teaching about his coming Passion.
The truth of the cross as the way to life gets expressed in various formulas within gospel traditions:  Believers are to “deny themselves”, take up the cross and follow Jesus.  Saving one's life happens by letting go of it.  Indeed, it proves futile for people when they “gain the whole world” but “forfeit their life” in the process.
In a similar vein, Jeremiah described the effect of his decision to follow God's way as that of becoming a “derision all day long”.  He described the way of life he had embraced as a divine seduction.  Though lamenting that God had “enticed” him, he admitted that he had let himself be enticed!  Life with God is a challenge—at times a frightening one—but, like the follower of Jesus, Jeremiah would not have had it any other way.
* * * * * *
WALKING ON TOP
OF THE WALLS OF AVILA 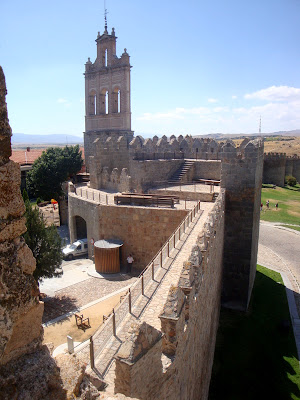 On the second day of our stay in Avila, some 25 of the Ottawa representation took an hour or so to walk along the beautiful walled ramparts of Avila.
Some photos: 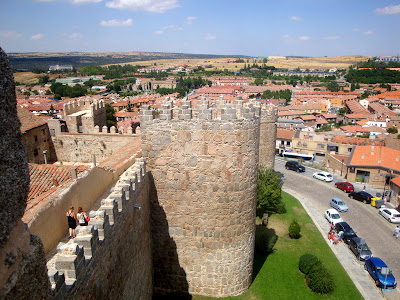 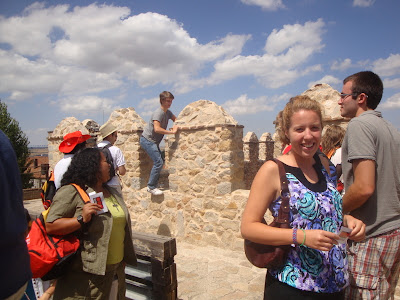 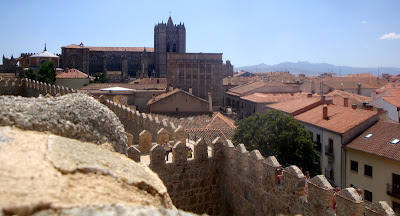 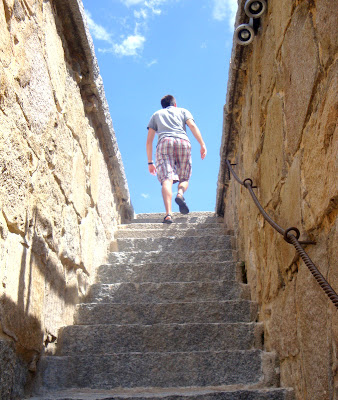 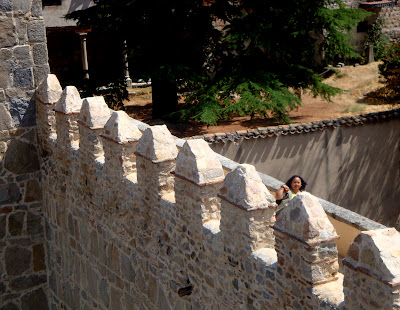 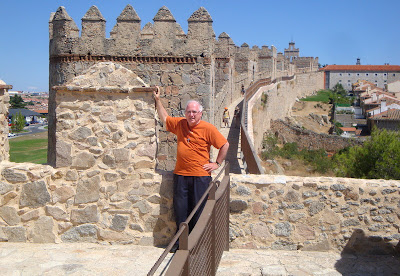 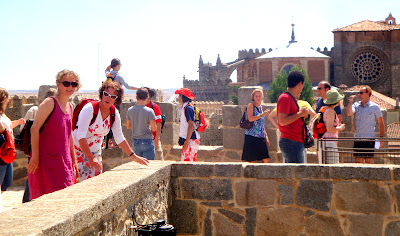 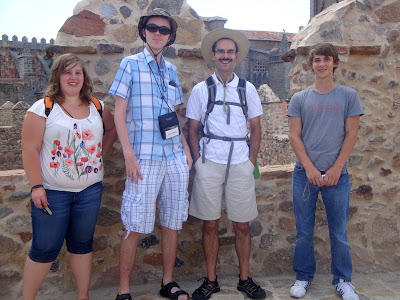 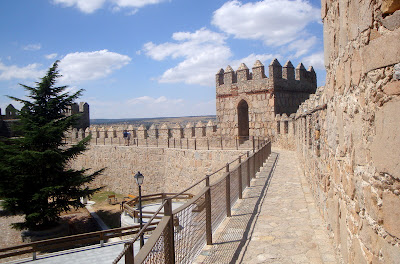 Posted by Archbishop Terry at 9:34 AM