The Holy Martyrs of Uganda 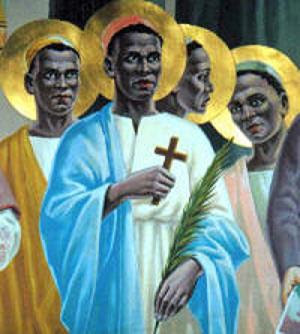 Today is the feast of Saint Charles Lwanga and his companions. They were martyred between 1885 and 1887.
Uganda Martyrs' Day Celebrations are held every June 3rd at the Uganda Martyrs' Shrine, Namugongo, Kampala-Uganda. In Uganda, this day is a public holiday, and millions of people will travel to the shrine.
St Charles Lwanga was a Ugandan catechist who was martyred for his faith. Charles worked as a page in the court of king Mwanga. After a massacre of Anglicans in 1885 the court's Catholic priest, Joseph Mukasa, reproached the king.
The king had Mukasa beheaded and arrested all of his followers. Charles Lwanga and 11 other Catholics were burnt alive on June 3 for refusing to renounce their faith. "One of the reported reasons the ire of the king was particularly inflamed against the Christians was because they refused to accede to demands to participate in homosexual acts with him. Charles Lwanga, in particular, protected the pages from King Mwanga's sexual advances." (Wikipedia)
Charles was the first to be executed, on Ascension Thursday. He was burnt slowly over a pyre. Taunted by the executioner, Charles replied: "You are burning me, but it is as if you are pouring water over my body."
He then remained quietly praying. Just before the end, he cried out in a loud voice "Katonda,"--"My God." The rest of the group were executed together in a large pyre. "The pyre was lit towards noon. The executioners themselves admitted later that they had never seen the like. 'We have put many people to death,' they said, 'but never such as these.
On other occasions the victims did nothing but moan and weep, but the Christians were wonderful. There was not a sigh, not even an angry word. All that was heard was the soft murmur on their lips. They prayed until they died.' "
* * *
O God, who have made the blood of Martyrs the seed of Christians, mercifully grant that the field which is your Church, watered by the blood shed by Saint Charles Lwanga and his companions, may be fertile and ever yield you an abundant harvest. Through our Lord. 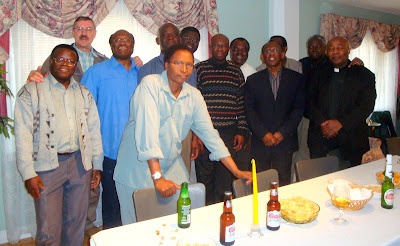 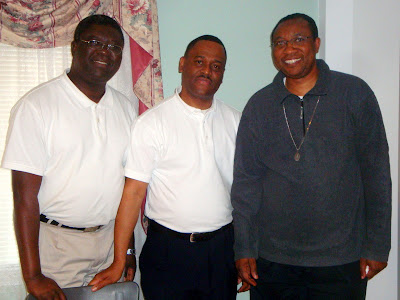 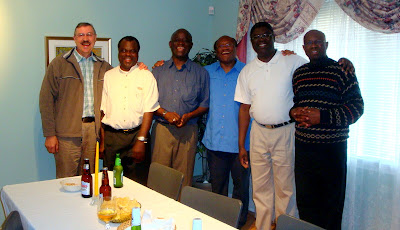 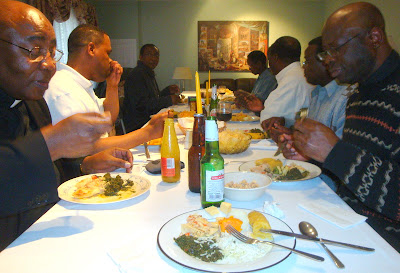 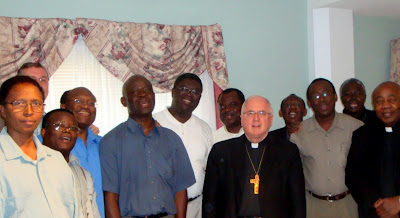 Holy Father's Prayer Intentions for the Month of June 2011

General: That priests, united to the Heart of Christ, may always be true witnesses of the caring and merciful love of God.
Missionary: That the Holy Spirit may bring forth from our communities numerous missionary vocations, willing to fully consecrate themselves to spreading the Kingdom of God.
Posted by Archbishop Terry at 6:49 AM