AD MULTOS ANNOS!
Sixty years ago this month (the Solemnity of Sts. Peter and Paul), Joseph Ratziger was ordained to the priesthood.
In gratitude to God for the many blessings that have come to him and to the Church in Germany and the Church Universal during his many years of ministry, prayers and other acts of devotion are being offered to God in thanksgiving.
In the Ottawa Archdiocese, as elsewhere in the world, the focus is on Eucharistic adoration, with intercessions for an abundant number of men to follow in his path in the Sacred Priesthood.
We pray that the Holy Father may have many more and happy years of service to God's people.  Ad multos et faustissimos annos!
* * * * * *
TWO NEW EPARCHS
TO SERVE ORIENTAL RITE CANADIAN CATHOLICS
In recent days, the Holy See has made provision for the pastoral care of Catholics of the Chaldean and Armenian rites.
When the CCCB gathers in October for our annual plenary, I hope to meet Eparch Maroudian, but I am alreadyt familiar with Archbishop Hanna Zora of the newly established Chaldean eparchy, as he often helped out with the celebration of Confirmations in the western pastoral region of the Archdiocese of Toronto when I served there as auxiliary bishop (1995-1998).
Since his parish was in Etobicoke, part of my pastoral area of responsibility, from time to time he came to my office in Mississauga to discuss matters of mutual interest.  Additionally, during the Toronto World Youth Day of 2002, a large part of the Halifax delegation attended catechetical sessions in his Church of the Good Shepherd then under construction.
As first eparch of the new Eparchy of Mar Addai (Saint Addai) he will enjoy the title of Archbishop-bishop since for many years he has not been serving in his original archdiocese of Ahwaz in Iran.
A few more details from media reports:
A NEW CHALDEAN EPARCHY
IN CANADA 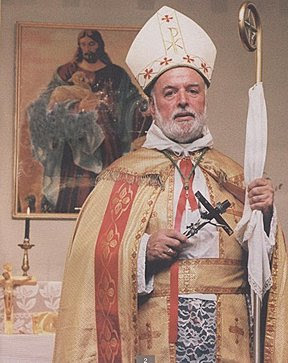 Pope Benedict XVI has erected a new Chaldean Catholic eparchy in Toronto and named Archbishop Hanna Zora, who has worked with Catholics in Toronto for nearly 20 years, as its head.

The new eparchy, or diocese, will be known as the Eparchy of Mar Addai.

In making the announcement, the Vatican said there are 38,000 Chaldean Catholics in Canada. Archbishop Zora, 72, and four priests have been involved in the pastoral care of Toronto-area Catholics, the largest community.

Led by Archbishop Zora, the growing Toronto Chaldean community rented out churches and parish halls to celebrate Mass before the construction of the church in 2001. Masses were held in the parish hall, however, until 2009, when the church was partially consecrated, meaning that Mass could be celebrated in the parish but that an official consecration was still required.

Archbishop Zora was born in Batnaia, Iraq, March 15, 1939. He was ordained in 1962 and worked in various Iraqi parishes before being transferred to Iran in 1969.

He worked in the Chaldean Archdiocese of Ahwaz, and in 1974 was elected archbishop of Ahwaz, while remaining an Iraqi citizen. He worked on developing buildings for local Catholics to use. During the Iran-Iraq war, he established a special aid station for the injured. 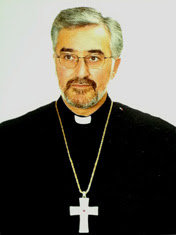 On May 23, 2011, His Holiness Pope Benedict XVI appointed Archpriest Mikael Mouradian, as Bishop of the Eparchy of Our Lady of Nareg for the Catholic Armenians in the United States and Canada.
Bishop-elect Mouradian succeeds Bishop Manuel Batakian, I.C.P.B., whose resignation from the pastoral care of the same eparchy has been accepted by the Holy Father.

Before his appointment, Archpriest Mikael Mouradian was the vicar of the Institute for the Patriarchal Clergy of Bzommar, Lebanon and superior of the convent of Notre Dame of Bzommar. The bishop-elect was born in Beirut, Lebanon in 1961 and was ordained a priest in 1987.

The Eparchy of Our Lady of Nareg, based in New York, of the Armenians includes 3 000 Catholics in Canada and two parishes, in Toronto and Montreal, three priests and two permanent deacons.