The Art of Papal Rome: Three Weeks Left to See a Wonderful Exhibition 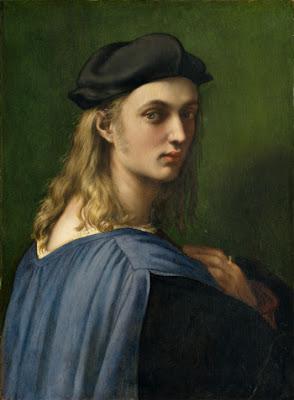 The National Gallery of Art is right across the street from the Cathedral and my residence. On my way to work, I often see the big banners announcing an exhibition and say to myself, I should take that in. But the execution of my resolve is not always present and there are always three months, two weeks, five days ... and then the exhibition closes without my having so much as crossed the street. I never did get to see the show on Bernini!

Fortunately, I was invited to take part in a private tour of the current exhibition on papal enthusiasms for art (religious and otherwise) over a 100-year period. A beautiful and awesome hour with the chief curator, Dr. David Franklin and several of the staff from the Diocesan Centre took place in late July. 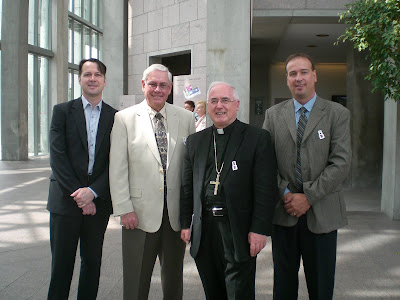 The exhibition is laid out according to the administrations of eleven popes between Pope Julius II (1503-1513) and Pope Clement VII from 1592-1605. "Good Pope Marcellus II" who lived only 22 days in 1555 (remarkably the sixth shortest papacy!) is left out for obvious reasons.

The exhibition, entitled "From Raphael to Carracci" is organized by papal terms and there are some stunning works of art and small gems.

More than 150 paintings and drawings by some of the most celebrated masters of Italian art are included in the National Gallery of Canada's major summer exhibition.

From Raphael to Carracci: The Art of Papal Rome features rare works from 16th-century Rome and the Italian Renaissance. Artists represented include Michelangelo, Raphael, Salviati, Vasari and Barocci.

As well there are works by Titian, El Greco, Federico Barocci, and Annibale Carracci, along with lesser-known but nonetheless superb artists, many of whom have only recently been appreciated for their skill and relevance.

Also on display are recent acquisitions by the Gallery, including Salviati's Virgin and Child With Angel, purchased in 2005.

The exhibition reveals "an amazing diversity and a stunning wealth of works created through the unique arts patronage of the Roman Catholic Church," the National Gallery says in a release.

The period in question was important for the renewal of the Church (the origin of religious orders such as the Theatines, the Jesuits and the Oratory of St. Philip Neri), symbolized by the various sessions of the Council of Trent and the demolition of the Constantian and construction of the new St. Peter's Basilica.

That period also contained several jubilee years, with both positive and negative consequences for the faithful and the Church overall. It was the time of the Protestant Reformation, and reform movements in the Church that became the Counter-Reformation.

I resolved that I would go back and explore more closely items I could only look at cursorily and read some of the interpretations of the exhibit.

My trip to Italy later this week for the latest session of the Vox Clara Committee (devoted to reviewing on behalf of the Congregation for Divine Worship and the Discipline of the Sacraments the process of the translation of the Messale Romanum into English) and the preaching of the retreat to my English-speaking priests in the first week of September will make the prospect iffy, but I am holding out the possibility.

Meantime, any in Ottawa who have been putting off a visit or return trip, you have exactly three weeks to get cracking; the exhibit is slated to close on Labour Day, September 7. 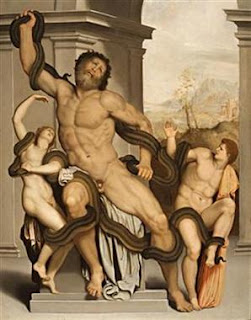 Posted by Archbishop Terry at 7:30 AM