Father Frederick J. Power S.J. was a Promoter of Devotion to the Sacred Heart of Jesus 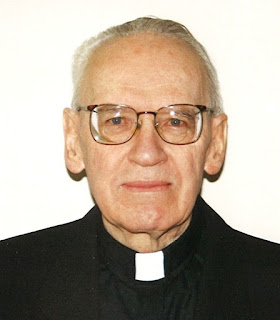 Father Frederick Joseph Power, S.J. died peacefully on November 2, 2017 at René Goupil House, Pickering, ON. He was in his 94th year and in religious life for 75 years and a priest for 62 years.


Frederick, the son of Robert B. Power and Georgia A. Tramley, was born in Moncton, NB. After three years of high school, he followed his older brother John (who died in 1980) and entered the Society of Jesus at Guelph on July 30, 1942. Completing his novitiate, he pronounced first vows on July 31, 1944, then did the usual juniorate studies. In 1946, he went to Toronto and attended the Jesuit Seminary for philosophy. As a Jesuit scholastic, he taught at Campion High School, Regina, SK from 1949 to 1952 and returned to Toronto for theology studies.


Father Power was ordained on June 19, 1955 in Midland, ON at the Martyrs’ Shrine as that was an anniversary year at the Shrine, marking 25 years since the canonization of the Canadian Jesuit Martyrs. Tertianship, his final year of Jesuit formation followed in 1956 at Cleveland, OH; he pronounced his Final Vows on February 3, 1958. 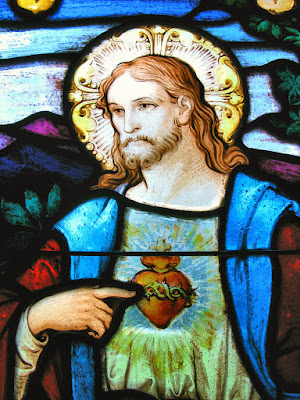 
Fr. Fred managed all of this on a shoestring budget by putting in long hours of steady work. He went out to his office on Danforth Avenue, in East Toronto faithfully for decades, working there with his small but dedicated staff.


Fr. Power travelled throughout Canada promoting this devotion and was recognized as a dedicated holy priest fulfilling the mandate given to the Society of Jesus by the Church. He wrote several books on the Sacred Heart, then published a series on reading the Old and New Testaments, and later, a 7-part series for the Jesuit Province IgNation blog called, “Some Thoughts on Praying,” which was well researched and quite informative.


Community life was a mainstay for Fr. Fred and he took part in all its activities and works. Both at Hevey House, the guesthouse on Jarvis St., and at 2 Dale Ave., he amazed younger Jesuits with his energetic cleanup of the dishes and pots and pans after every dinner without fail until his last days in those communities. A gentleman of the old school, his manner of welcoming young and old to his community was gracious and warm.


Once Fr. Fred turned over the responsibilities of his mandate to other hands, he moved readily in early summer of 2014 to the Jesuit Infirmary at Pickering. He was appointed chaplain there and regularly oversaw devotions: the Saturday rosary, Benediction on First Fridays, and other liturgical events.


Blessed with good health during his long life, he was in his final years an inspiration to many at Pickering. The week before he suffered a mild stroke he was seen doing his daily walk around the property aided by a walker.


The funeral liturgy will be celebrated there the next day, Monday, November 6 at 10:30 am (followed by a reception); burial will be at the Jesuit Cemetery, Guelph, ON, later that same day at 2:30 PM.

Posted by Archbishop Terry at 11:45 AM