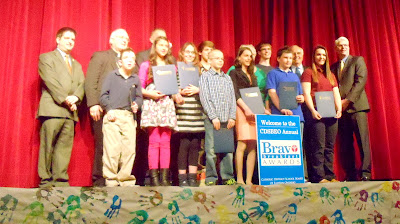 Yesterday, Father Kerslake and I attended the Catholic District School Board of Eastern Ontario's Bravo Awards recognizing student leaders who manifest self-less and faith-inspired devotion to others in their elementary and high schools (and nearby communities).

Inaugurated five years ago by School Board Director Director William Gartland, this year's edition of the Bravo Breakfast (to which family members of the honourees and school board leaders were invited) was held at St. Thomas Aquinas High School cafeteria in Russell.

Congratulations of the award winnder; here are some photos of the festivities: 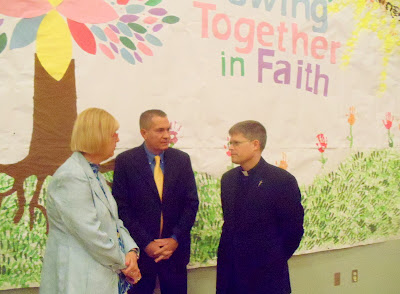 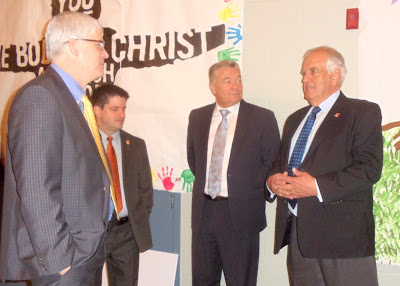 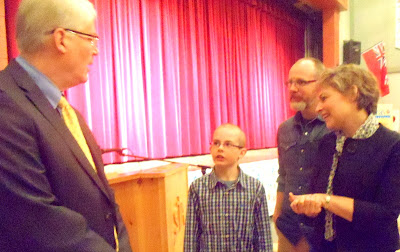 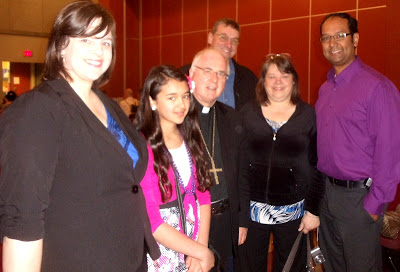 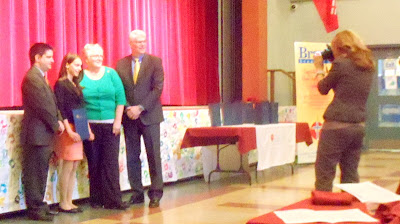 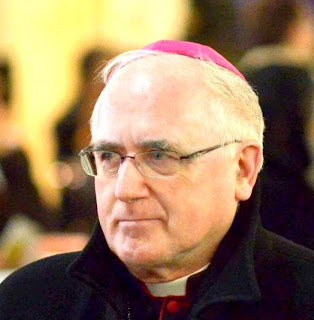 Today is the fourth anniversary of the Journey of a Bishop, which began on Good Friday, April 9, 2009.  With fewer than a dozen exceptions, there has been a posting every day over that period.

However, there have been changes in blogging and internet media.  Accordingly, after some reflection, I have decided to change the frequency of the blog, in part because I have begun to post regularly via Twitter via @archterentius and also have a Facebook account and because the daily challenge of posting has become too demanding on my time and energy.

Beginning this week (likely on Friday), I will post longer accounts of my "bishop's journey" in life and ministry once a week (with the possibility of occasional special posts). I invite you to follow me on Twitter and less frequently on this blog.

Posted by Archbishop Terry at 6:46 AM