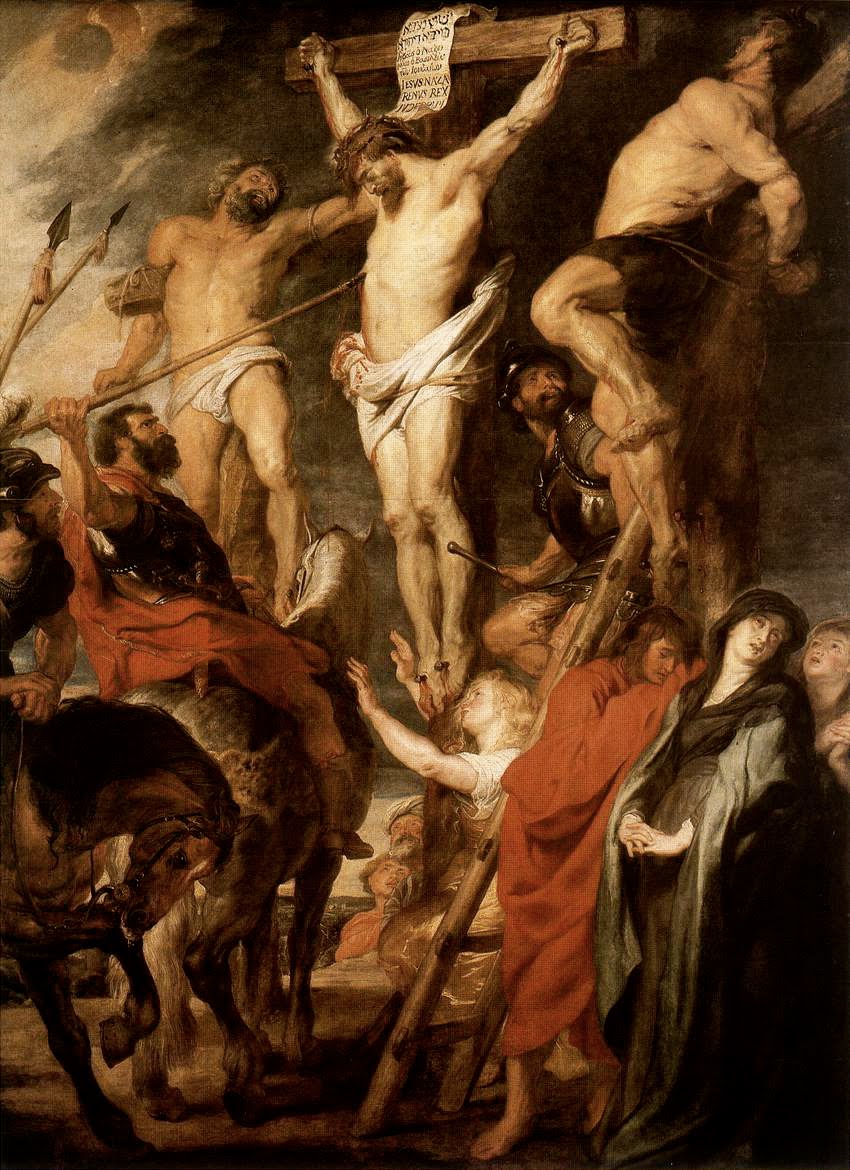 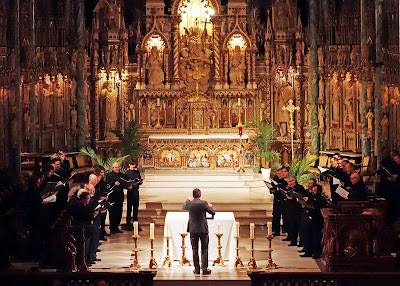 Tenebrae [which means "darkness"] is the name given to the celebration, with special ceremonies, of matins and lauds, the first two hours of the Divine Office, of the last three days of Holy Week. Originally celebrated after midnight, by the late Middle Ages their celebration was anticipated on the afternoon or evening of the preceding day in most places.

The structure of Tenebrae is the same for all three days. The first part of the service is Matins, which in its pre-1970 form is composed of three nocturns, each consisting of three psalms, a short versicle and response, a silent Pater Noster (Our Father), and three readings, each followed by a responsory. Pre-1970 Lauds consists of five psalms, a short versicle and response, and the Benedictus Gospel canticle, followed by Christus factus est, a silent Pater Noster, a devotional recitation of Psalm 50 (51), Miserere, and the appointed collect.

The principal Tenebrae ceremony is the gradual extinguishing of candles upon a stand in the sanctuary called a hearse. Eventually the Roman Rite settled on fifteen candles, one of which is extinguished after each of the nine psalms of Matins and the five of Lauds, gradually reducing the lighting throughout the service. The six altar candles are put out during the Benedictus, and then any remaining lights in the church.

The last candle is hidden beneath the altar, ending the service in total darkness. The strepitus (Latin for "great noise"), made by slamming a book shut, banging a hymnal or breviary against the pew, or stomping on the floor, symbolizes the earthquake that followed Christ's death, although it may have originated as a simple signal to depart.

Following the great noise, the candle which had been hidden from view is returned to the top of the hearse, signifying the return of Christ to the world with the Resurrection, and all depart in silence. 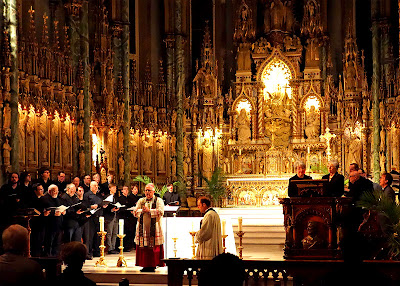 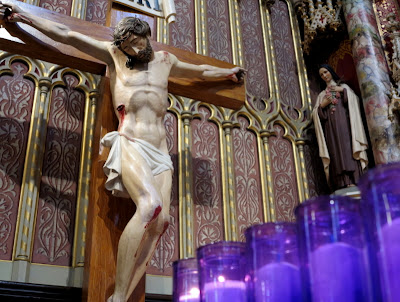 Remember your mercies, O Lord, and with your eternal protection sanctify your servants for whom Christ your Son, by the shedding of his Blood, established the Paschal Mystery. Who lives and reigns for ever and ever.

Posted by Archbishop Terry at 5:42 AM