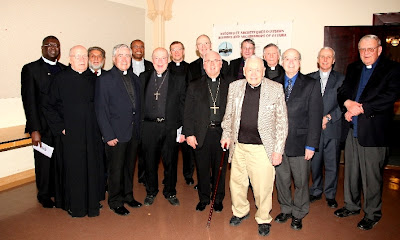 Above is a group photo of some of this year's Priest Jubilarians (65, 60, 55, 50, 40 and 25 years of priestly service) taken following the festive meal in the Parish Hall of Notre Dame Cathedral Basilica on Tuesday evening prior to the Chrism Mass at which the jubilarians were principal concelebrants. Others were unable to attend, several due to illness.

After giving a brief resume of each priest's life (with slides depicting highlights of each one's ministry), I presented them with a congratulatory letter and a gift on behalf of the Archdiocese.

Here are photos of the festivities and of some of the jubilarians honoured.  Photos: Robert DuBroy 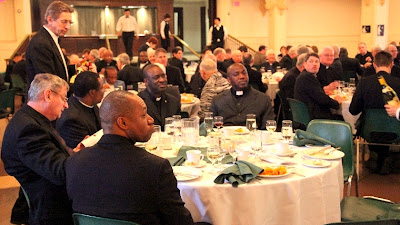 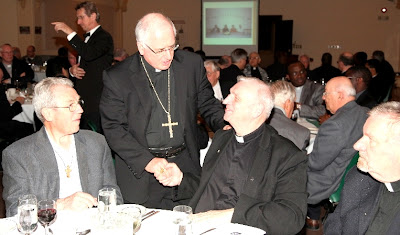 All-powerful and ever-living God, your only Son went down among the dead and rose again in glory. In your goodness raise up your faithful people, buried with him in baptism, to be one with him in the eternal life of heaven, where he lives and reigns with you and the Holy Spirit, one God, for ever and ever.
Posted by Archbishop Terry at 5:41 AM