Today's Gospel: The Annunciation to Mary of Jesus' Conception, Birth O God, eternal majesty, whose ineffable Word the immaculate Virgin received through the message of an Angel and so became the dwelling-place of divinity, filled with the light of the Holy Spirit, grant, we pray, that by her example we may in humility hold fast to your will. Through our Lord Jesus Christ.

Henry Ossawa Tanner is often regarded as a realist painter, focusing on accurate depictions of subjects. While his early works were concerned with everyday life as an African American, Tanner's later paintings focused mainly on the religious subjects for which he is now best known. It is likely that Tanner's father, a minister in the African Methodist Episcopal Church, was a formative influence in this direction.

Tanner's body of work is not limited to one specific approach to painting. His works vary from meticulous attention to detail in some paintings to loose, expressive brushstrokes in others. Often both methods are employed simultaneously. The combination of these two techniques makes for a masterful balance of skillful precision and powerful expression. Tanner was also interested in the effects that color could have in a painting.

Many of his paintings accentuate a specific area of the color spectrum. Warmer compositions such as "The Resurrection of Lazarus"(1896) and "The Annunciation"(1898) exude the intensity and fire of religious moments. They describe the elation of transcendence between the divine and humanity.

Other paintings emphasize cooler, blue hues. Works such as "The Good Shepherd"(1903) and "Return of the Holy Women"(1904) evoke a feeling of somber religiosity and introspection. Tanner often experimented with the importance of light in a composition. The source and intensity of light and shadow in his paintings create a physical, almost tangible space and atmosphere while adding emotion and mood to the environment.

After Christmas, a number of our Nigerian priests travel home to be with family and friends (and perhaps to escape some of the winter?)  My Episcopal Vicar Fr. Geoffrey Kerslake and I met with them at my residence for conversation and a luncheon meal yesterday and posed for a photo in front of the newly-erected Christmas tree. 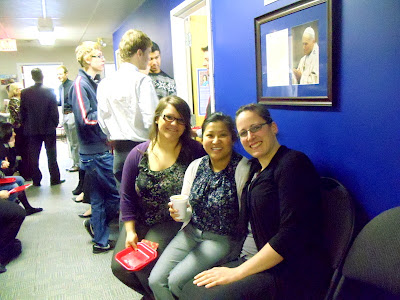 Last week, CCO--a major tenant on the first floor of the Diocesan Centre--invited our Diocesan Centre staff and other tenants to join in a midday Mass in the Chapel, followed by festive luncheon refreshments on their corridor.  Children of staff are always welcome and a joyous spirit reigned. 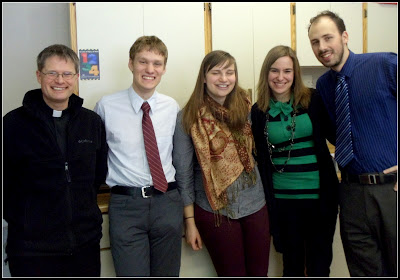 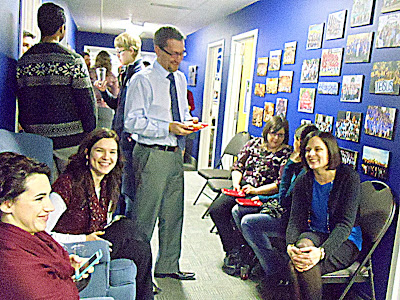 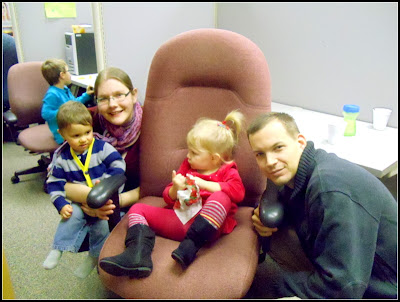 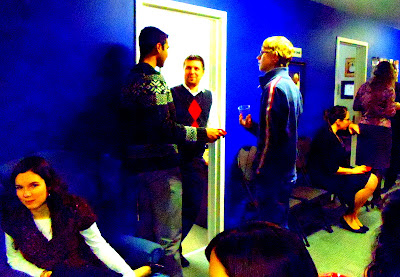 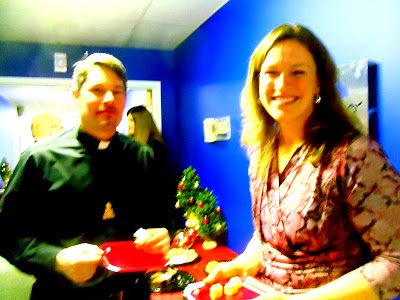 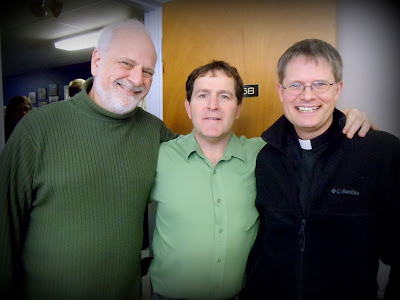