Fourth Sunday of Advent, Year C - Today's Gospel: The Annunciation to Zachary of the Baptist's Birth

﻿
During my years in Halifax, I regularly interacted with a women's prayer group called “Magnificat” that meets twice annually in the Marian months of May and October. Inspired by the charismatic renewal and linked by prayer circles between meetings, members and guests devote a morning to song, prayer and praise.

The meeting's highlight is testimony given by a woman of the way she has come to know the Lord in her own life. Significant is the role of finding God at work in her call to nurture life as a mother. One fall meeting, each woman present was given an icon depicting Mary and Elizabeth's meeting. The iconographer took special care to represent John and Jesus present and rejoicing in their mothers' wombs.

How women model receptivity to the gospel is displayed throughout Luke-Acts. Setting the tone for the many women to follow is Luke's account of Jesus' conception, birth and childhood. Unlike Zechariah's doubting question to the angel Gabriel on being told his wife would conceive (1.18), Mary's question at the Annunciation contained no hint of unbelief (1.34).

Gabriel said Mary's conception of Jesus would take place by the overshadowing of the Holy Spirit so that her child could truly be called “Son of God” (1.35). Mary's acceptance manifests the classic expression of trust in all God might ask of a creature, “Here am I, the servant of the Lord; let it be with me according to your word” (1.38).

The gospel today depicts the Joyful Mystery of the Rosary known as “the Visitation”. Luke's readers are told that Elizabeth “was filled with the Holy Spirit”. It is the first of many such fillings Luke recorded (1.67; 2.25; Acts 2.4; 4.8; 13.9).

Elizabeth's two-part cry is the cry of the Spirit in song: “Blessed are you among women, and blessed is the fruit of your womb! ... Blessed is she who believed that there would be a fulfilment of what was spoken to her by the Lord!”. Her knowledge of Mary's pregnancy must be understood as having been given by the Holy Spirit.

Elizabeth declared that, besides the blessing of a child given her by the Lord, a further favour was that “the mother of my Lord comes to me”. Then she interpreted her child's leaping in the womb as a sign of the happiness which the Lord Jesus' arrival offers (“the child in my womb leaped for joy”).

No motive is given for Mary's visit. The fact she stayed with Elizabeth until the time of her delivery suggests service and support. This is the selflessness Mary's Son Jesus would later teach and that Hebrews—today's second reading—attributes to him, “See, God, I have come to do your will.” 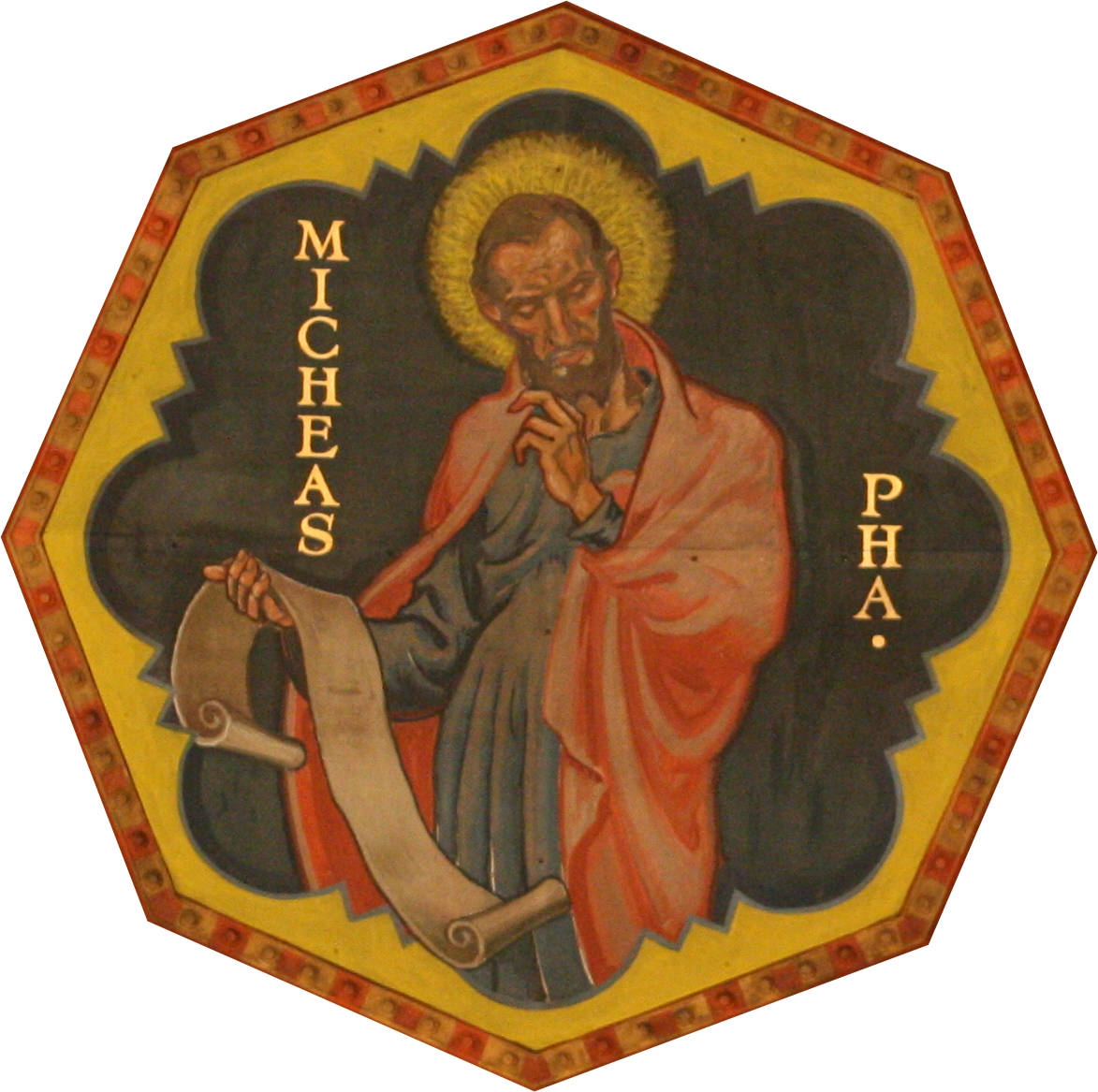 ﻿
The Book of Micah gathers a preacher's file of sermons: oracles of doom mingled with words of encouragement. Scholars try to explain how the various chapters fit together. One outline entitles the middle section (chapters 3-5) “false leaders denounced, a righteous king promised.”

Today's first reading contrasts past Israelite kings with the glorious leader God will send and “whose origin is from of old, from ancient days.” Since Jerusalem-born kings had failed to meet divine ideals, God promised to go back to Bethlehem, the birthplace of King David, to find a messiah worthy of his lineage.

Micah's stress on the names Ephrathah, Bethlehem and Judea emphasized David's pristine origins as Jesse's son rather than the later, decadent phase of his life in Jerusalem. As the youngest, David was insignificant by comparison with his brothers. Still, God chose him to rule over Israel, making a new beginning for the kingship after Saul's failures.

Though Bethlehem remained “one of the little clans of Judea”, God's intent was to bring forth from its midst once again “one who is to rule in Israel.” God's choice of Bethlehem meant that, paradoxically, the most insignificant of places would bring forth the most distinguished leader.

Micah concluded his prophecy of God's purpose by revealing that the coming shepherd-king would extend God's rule to the ends of the earth. With this leader, it would be possible for God's people and the whole world to dwell securely in peace. “He shall stand and feed his flock in the strength of the Lord ... and he shall be the one of peace”.

O God, who through the child-bearing of the holy Virgin graciously revealed the radiance of your glory to the world, grant, we pray, that we may venerate with integrity of faith the mystery of so wondrous an Incarnation and always celebrate it with due reverence. Through our Lord Jesus Christ, your Son, who lives and reigns with you in the unity of the Holy Spirit, one God, for ever and ever.
Posted by Archbishop Terry at 6:27 AM