Monday after the Sixth Sunday of Easter

Grant, O merciful God, that we may experience at all times the fruit produced by the paschal observances. Through our Lord.
* * * * * * 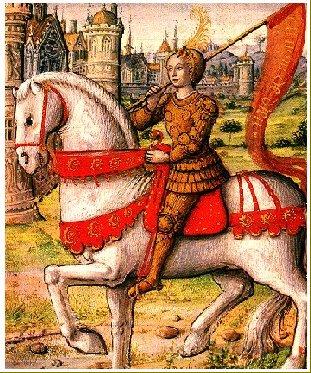 Joan of Arc (c 1412-31) is one of the patron saints of France, having astonishingly succeeded as an illiterate teenager in turning the course of the Hundred Years War.

Joan was born into a peasant family at Domrémy, on the borders of Lorraine and Champagne, an area ravaged by the English in 1421 and 1424. She was only 13 when she began to hear voices – at first that of the Archangel Michael, and then those of St Catherine and St Margaret – telling her to rescue France.

If it seems strange that the Almighty should have favoured one Catholic country over another, the French, at least, have never experienced the least difficulty in believing it.

In 1429 Joan finally succeeded, against all the odds, in obtaining an audience with the Dauphin Charles. Still more extraordinarily, she was given permission to join the French army.

When she appeared in Orléans, under siege by the English, she immediately began to inspire the dispirited French troops with her bravery under fire. Within nine days of her arrival the town had been liberated, and Joan knelt down and prayed for the souls of her fallen enemies.

Further successes followed, and on July 17 1429 Joan stood by Charles VII when he was crowned at Rheims. The courtiers, however, were inclined to treat her with suspicion and hostility, especially when, that September, she was involved in an unsuccessful attempt to regain Paris. When, in the spring of 1430, she was captured by Burgundian troops after a skirmish near Compiègne, Charles VII showed no disposition to ransom her. The Burgundians then sold her to their English allies for the sizeable sum of 10,000 crowns.

Joan was held under appalling conditions at Rouen, though she suffered less from her physical privations than from being denied the sacraments. Her voices had now fallen silent.

Accused of witchcraft and heresy by Pierre Cauchon, Bishop of Beauvais and a pawn of the English, Joan defended herself with great spirit and shrewdness.

Condemned to be burned, she briefly wavered before recanting her recantation and dying bravely at Rouen on May 30 1431. She was canonised in 1920.

That she is celebrated throughout France, from Notre-Dame de Paris to the humblest village, will occasion no surprise. Less predictable, though, was the decision of the Anglican authorities to install her statue in Winchester Cathedral in 1923.

When Joan was burned, Cardinal Beaufort, in charge of the arrangements and anxious to foil relic hunters, had ordered that her ashes be cast into the Seine. Beaufort lived on another 16 years in worldly glory, and when he died was given a magnificent tomb at Winchester.

Joan’s statue now stands nearby, with her gaze seemingly just avoiding the pompous sepulchre of her ancient adversary. Now that is a conquest indeed. (http://www.catholicherald.co.uk/)


* * *
Ottawa has a congregation of diocesan right, Les Soeurs de l'Institut Jeanne d'Arc (f.j.a), to whom we wish a Happy Feast Day!
There is also a movement afoot in some quarters of the Church to have the feast of St. Joan, limited to France and places where there is a special devotion to her (in the Institut in Ottawa, for example) to the universal church.
* * *
Dieu qui a choisi sainte Jeanne d’Arc pour défendre son pays contre l’envahisseur, accorde-nous, par son intercession, de travailler pour la justice et de vivre dans la paix.
* * * * * *
Photos du mois de mai

Through the press of travel and other duties, some events on my agenda have not figured on the blog so far.

Today is a bit of a catch-up day (more to come in coming days, early June): 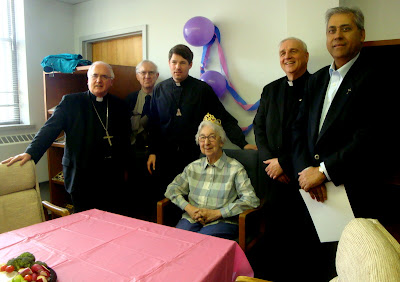 Father Rosica was the featured speaker for a recent Pastoral Day, partially devoted to our 2010-2011 Pastoral Year Theme, “Called to Holiness—the Saints among Us”. It was a very enlightening and informative session. 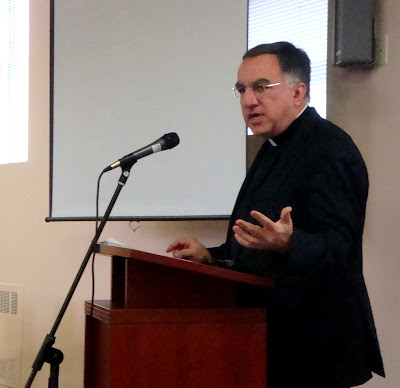 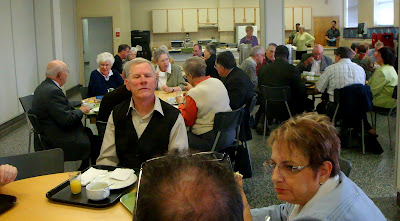 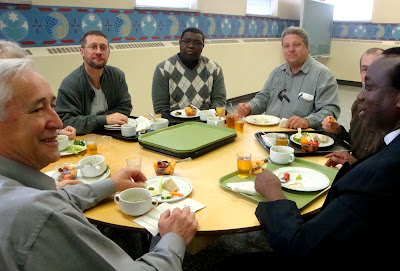 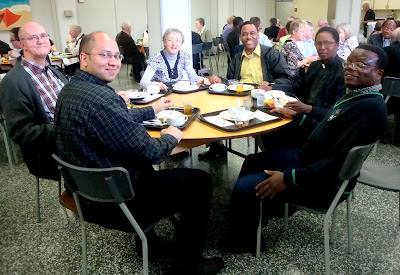