Today, election day in Canada, we pray for the electors of our country that they may choose wisely those who will govern us in the days, weeks, months and years ahead. 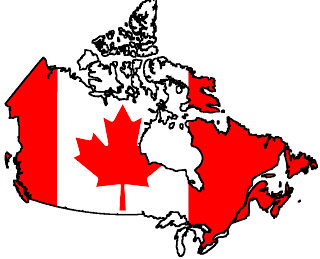 Through Christ our Lord. Amen. 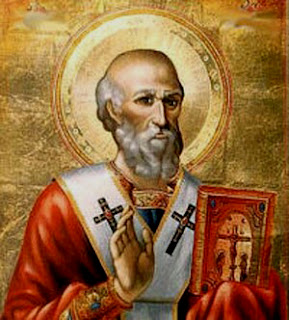 Saint Athanasius was born in Alexandria, Egypt, towards the end of the third century, and from his youth was pious, learned, and deeply versed in the sacred writings. He left the paternal home to be raised by the bishop of Alexandria like a new Samuel in the Lord’s temple, as befitted one whom God had chosen to be the champion and defender of His Church against the Arian heresy, which denied the Divinity of Christ.

While still a deacon, he was chosen by Saint Alexander, his bishop, to go with him to the Council of Nicea, A.D. 325. There he attracted the attention of all the prelates by the learning and ability with which he defended the Faith. Five months later, as Saint Alexander was dying, he recommended Athanasius for his successor as Patriarch of Alexandria, and in that office for forty-six years the new Patriarch bore the whole brunt of the Arian assault, often virtually alone and undefended.

When the invincible Athanasius refused to restore Arius to Catholic communion, he was exiled to Treves in France, and the Emperor ordered the Catholic Patriarch of Constantinople to receive the heresiarch. The end of that man of error is very instructive. He took an oath that he had always believed as the Church believes, though he taught that there was a time when the Word of God WAS NOT. Thereupon the Catholic Patriarch of Constantinople, with Saint James of Nisibe, who was in Constantinople at that time, Saint Athanasius in France and the Catholics everywhere, had recourse to fasting and prayer, that God would avert from the Church the frightful sacrilege. The day came for the solemn entrance of Arius into the great church of Saint Sophia. The heresiarch and his party set out, elated, in triumph. But before he reached the church, death smote him in an exemplary, swift and terrible way, and the dreaded sacrilege was averted.

Saint Athanasius stood unmoved against four Roman emperors, was banished five times, was the butt of every insult, calumny and wrong the Arians could devise, and lived in constant peril of death. Though strong as diamond in defense of the Faith, he was meek and humble, pleasant and winning in conversation, beloved by his flock, unwearied in labors, prayer and mortifications, eloquent in speech, and unsurpassed in zeal for souls. From his places of exile he wrote many great works for the instruction and strengthening of his flock, writings rich in thought and learning, clear, keen and stately in expression. He is honored as one of the greatest of the Doctors of the Church.

His admirers told the story of his response to a search party pursuing him downstream, as he retreated by boat. Knowing of their approach, he ordered the captain to change direction and return. When he crossed the search party on the river, they hailed him and asked whether he had seen the bishop of Alexandria pass by. He replied, “Continue; he is not far from here.” Restored to his see by the emperor Valens for fear of a popular uprising, the stormy life of the Saint closed in peace on May 2nd of the year 373.

Reflection. The Catholic Faith, says Saint Augustine, is far more precious than all the riches and treasures of earth; more glorious and greater than all its honors, all its possessions. This it is which saves sinners, gives light to the blind, restores penitents, perfects the just, and is the crown of martyrs.


· · · · · ·
Almighty ever-living God, who raised up the Bishop Saint Athanasius as an outstanding champion of your Son’s divinity, mercifully grant, that rejoicing in his teaching and protection, we may never cease to grow in knowledge and love of you. Through our Lord. 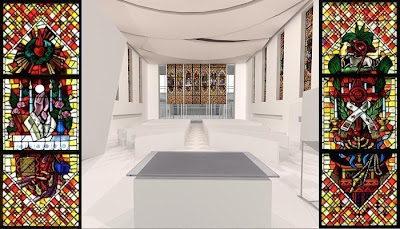 Today in Edmonton, the new St. Joseph´s Seminary will be dedicated.  Congratulations to Archbishop Richard Smith and all who have worked so hard to bring this about: especially the benefactors who have provided the means to make this possible
Posted by Archbishop Terry at 3:26 AM