St. David's Day (Patron of Wales) - Photos from the Rite of Election - 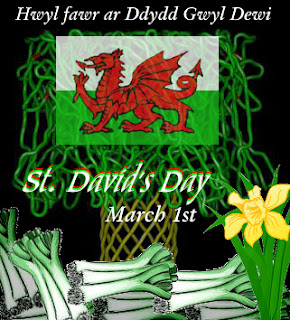 ST DAVID'S DAY, as celebrated today, dates back to 1120, when Dewi (David) was canonized and March 1st was included in the Church calendar.
There are many beautiful flowers in Wales but the yellow DAFFODIL, associated with St. David, is the Welsh national flower.
Revered by the ancient Egyptians as a symbol of the universe and prized by the Romans as an emblem of virtue, the LEEK reached its true apotheosis in Wales. Celebrated as one of its national emblems, the leek is worn by the Welsh Guards and the Prince of Wales. In the Battle of Heathfield in the 7th century, Welsh troops wore leeks in their helmets to distinguish them from their enemies.

The RED DRAGON (Y Ddraig Goch) is recognized as the Badge of Wales and appears on the Arms of the Prince of Wales. This dragon was also associated with Calwaladr, called the last King of the Britons, who fought the Saxon forces in the 7th century. Eight centuries later, Henry Tudor marched under a "fiery dragon" on his way to the Battle of Bosworth where he defeated Richard III and was crowned King Henry VII.

ST. DAVID, the Patron Saint of the Welsh, was born in Pembrokeshire, Wales, in the year 520. He was the son of the Prince of Ceredigion and the grandson of Prince Ceredig, of the Royal House of Gwynedd.

He was ordained a priest after study in Aberaeron in the present County of Cardigan. With his friends and disciples he founded several monasteries in South Wales, with his final choice of settlement being a site in a steep-sided river valley near the sea. Here he founded the monastery that flourished in the centuries after his death as the Seat of a Bishop, a Center of Piety and Latin Learning.

Today, the Cathedral of St. David, in the village of that name, attracts pilgrims from around the world each year. In the year 1120, he was canonized by Pope Calixtus II, who decreed that two pilgrimages to St. David's shrine would equate to one journey to Rome. 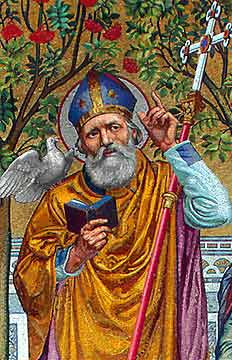 O God, who graciously bestowed on your Bishop Saint David of Wales the virtue of wisdom and the gift of eloquence and made him an example of prayer and pastoral zeal, grant that, through his intercession, your Church may ever prosper and render you joyful praise.  Through our Lord Jesus Christ.

* * * * * *
Lenten Prayers over the People
Among the features of the revised Roman Missal is the restoration of a prayer over the people that precedes the blessing at the end of Mass. From today onward, on Lenten ferial days, this is the prayer that will be featured.  On feast days, the collect will be offered.
Thursday of the First Week of Lent
(March 1)
May the mercy they have hoped for, O Lord, come to those who make supplication to you, and may the riches of heaven be given them, that they may know what it is right to ask and receive what they sought. Through Christ our Lord.
* * * * * *
RITE OF ELECTION/
APPEL DECISIF 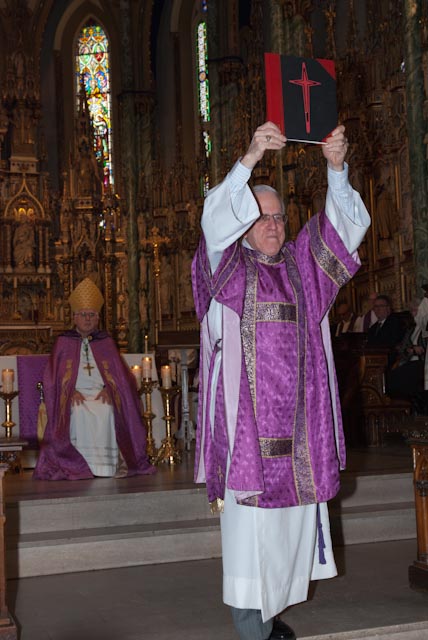 On Sunday afternoon,  that of the First Sunday of Lent, the custsomary Rite of Election (Appel decisif) was celebrated at Notre Dame Cathedral Basilica, with the candidates for initiation into the faith at the Easter Vigil (Baptism, Confirmation and Holy Eucharist) inscribing their names in the Book of the Elect.
A large number of candidates for reception into Full Communion with the Catholic Church was also acknowledged with special prayers.
Some photos of this joyful gathering of some sixty catechumens from some twenty parishes and the reception afterwards (kindness of Heri Riesbeck): 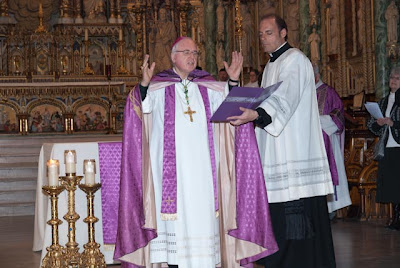 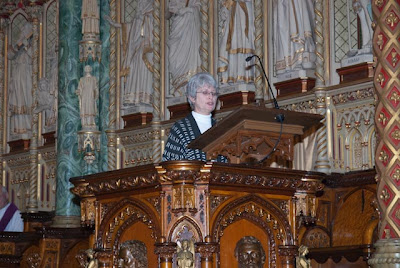 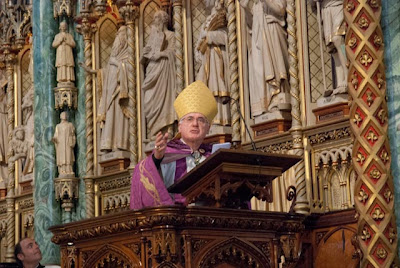 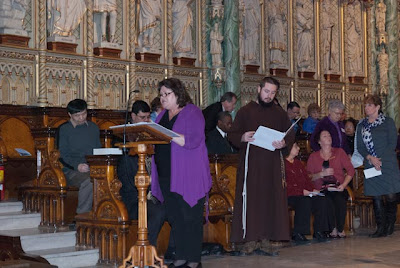 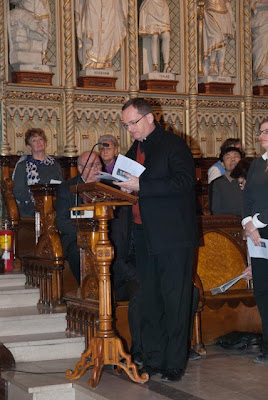 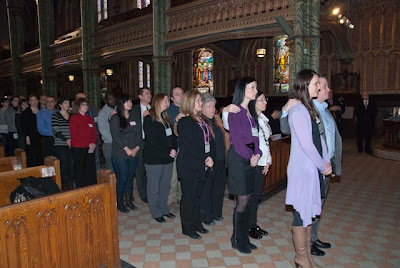 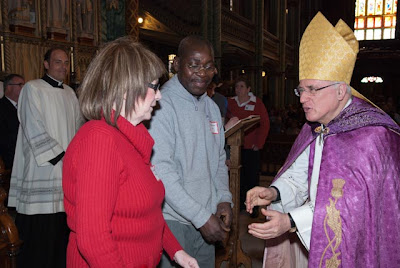 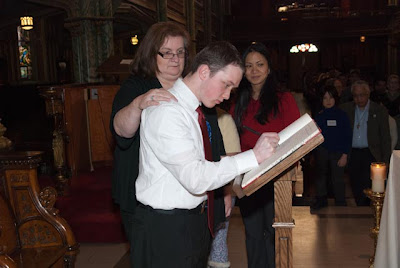 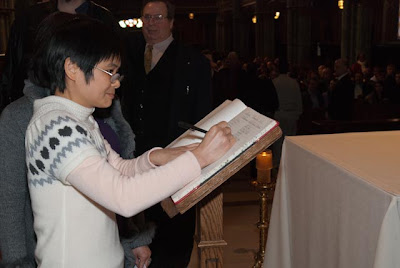 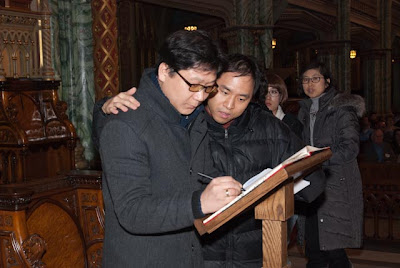 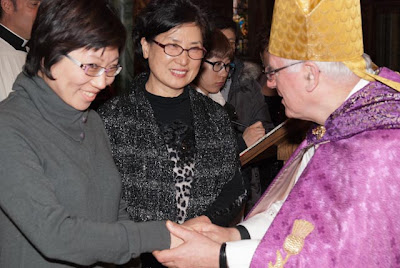 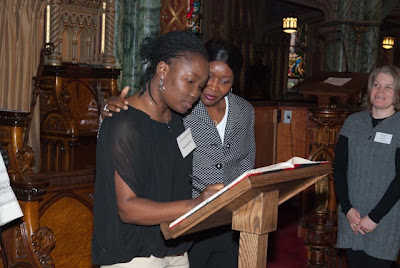 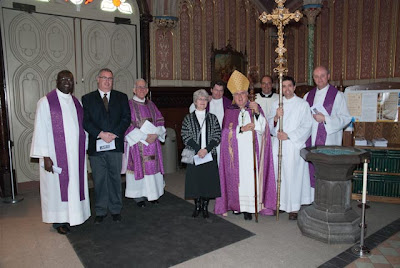 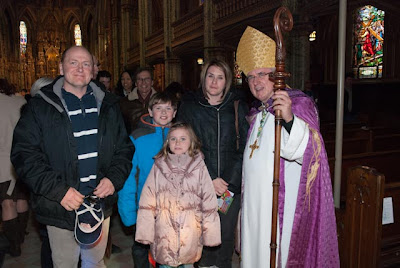 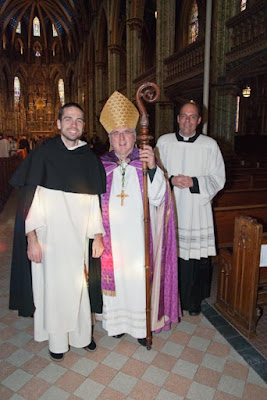 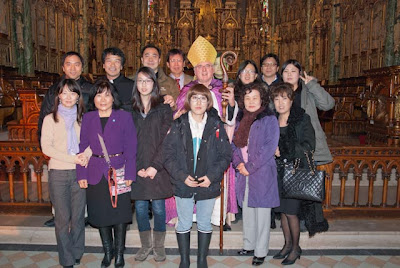