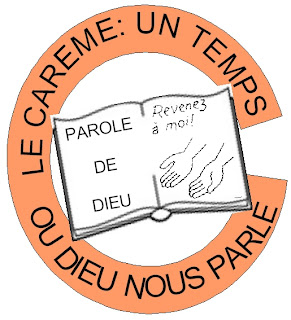 PHOTO ROUND-UP II
Here are some photos from recent activities and travel: the St. Patrick's Day Mass at the Ottawa Basilica on March 17 (two weeks ago now!), the Assembly of Catholic Bishops of Ontario (ACBO) meeting in Toronto (March 19-21) and the OPECO meeting of French Catholic educators (also in Toronto, March 22).
[Tomorrow I hope to catch up on this last week's activities (a visit last Sunday to Notre-Dame-des-Champs parish in Navan and a visit to St. Anne's Catholic Elementary School in Fallowfield on Monday, March 26).]
* * * * * *
* * * * * *
THE CONTEMPORARY MEANING
OF THE PASCHAL MYSTERY
DEPICTED IN ART 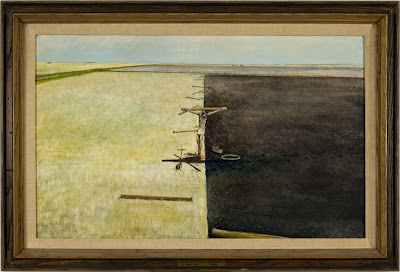 On the label for the back of the painting Kurelek wrote, “This is an intuitive painting. I was wondering how to paint a Western religious painting and suddenly this idea came to me so it is open to interpretation. The meaning I put on it is that sin, which crucifies Christ over and over, can just as easily happen on a summer day on a Manitoba farm as anywhere else. The farmer and his sons doing the fencing may have had an argument just before dinner or one of them may have enjoyed a lustful thought. Or got an idea how to revenge himself on neighbours, etc.”

Thanks to John O'Brien, SJ's blog: Veritas Liberabit (http://johnobrien.blogspot.com/)
* * *
Have mercy, Lord, on your Church, as she brings you her supplications, and be attentive to those who incline their hearts before you: do not allow, we pray, those you have redeemed by the Death of your Only Begotten Son, to be harmed by their sins or weighed down by their trials. Through Christ our Lord.
Posted by Archbishop Terry at 6:51 AM