Father Stan Drummond at his death was the senior member of the Province of Jesuits in English Canada.  He was already present at Loyola College when I began as a high school student on the campus in 1957. He welcomed me when I joined the community and taught in the high school from 1967-69.

Then, throughout the years when I visited the Montreal Jesuit Community in its several locales, he was always encouraging and affirming of me. In the latter years of his presence in the JesRes, when his increasing blindness limited his abilities to function, he still maintained a cheery and hopeful disposition.

The obituary describes his impact in scientific education at Loyola (and later Concordia University) over his fifty-five years of service in Montreal. His was the hidden life of the Jesuit scientist-priest.  May the Lord grant him the reward of his labours and reveal to him the mysteries he could only dream of knowing as a researcher and teacher.

Father Stanley P. Drummond died peacefully on March 16, 2012 in Pickering, Ontario. He was in the 99th year of his life and 81st year of religious life.

Stanley Drummond was born in Guelph, Ontario, May 5, 1913, to Peter Drummond and Cecilia Seitz. He grew up in the Church of Our Lady Immaculate parish, and at age eighteen, entered St. Stanislaus Novitiate, September 1, 1931, a few days before the parish was handed over to the diocese of Hamilton (September 6). He pronounced his first vows September 8, 1933, and after two further years in the Juniorate, he studied philosophy (1935–1938) at the Jesuit Seminary, 403 Wellington Street, Toronto.

Unusual for the time, instead of teaching between Jesuit philosophy and theology programs, he spent several years in Special Studies at the University of Toronto (1938-1942) from where he took MA and PhD degrees in biology.

From 1942 until 1946 he studied theology at College de l’Immaculée-Conception, Montreal, and was ordained a priest in the chapel of the Jesuit Seminary, Toronto on July 1, 1945. He took the Jesuit spiritual year known as tertianship (1949–1950) in Cleveland, Ohio, and pronounced his final vows on February 2, 1951, in the chapel of Loyola College, Montreal. He then spent two more years (1955-1956) to complete his doctoral studies in Toronto.

Father Drummond then moved permanently to Montreal where he spent nearly all of his Jesuit life at Loyola College lecturing in biology, first at Loyola College, then at Concordia University. With little equipment to work with, and almost no financial assistance, he established the department of biology at Loyola by hard work and stubborn determination; it became one of the best in Montreal. An important part of his teaching was to pre-medical students, notably those going on to McGill University. He was much sought after and highly regarded by his students for his preciseness, patience, knowledge, and for the excellent foundation he gave them.

At the age when most professors took retirement, Father Stan did not. He remained teaching and directing students at Concordia for nearly twenty years afterwards until his declining eye-sight from macular degeneration forced his retirement in 1994 at age eighty-one. For years he also served as infirmarian, librarian and unofficial “watchman” for the Jesuit Community until he moved to Rene Goupil House in Pickering, Ontario for his final years. 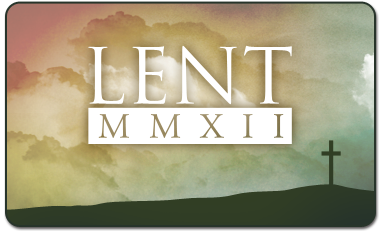 Grant, O merciful God, that your people may remain always devoted to you and may constantly receive from your kindness whatever is for their good. Through Christ our Lord.
Posted by Archbishop Terry at 7:03 AM