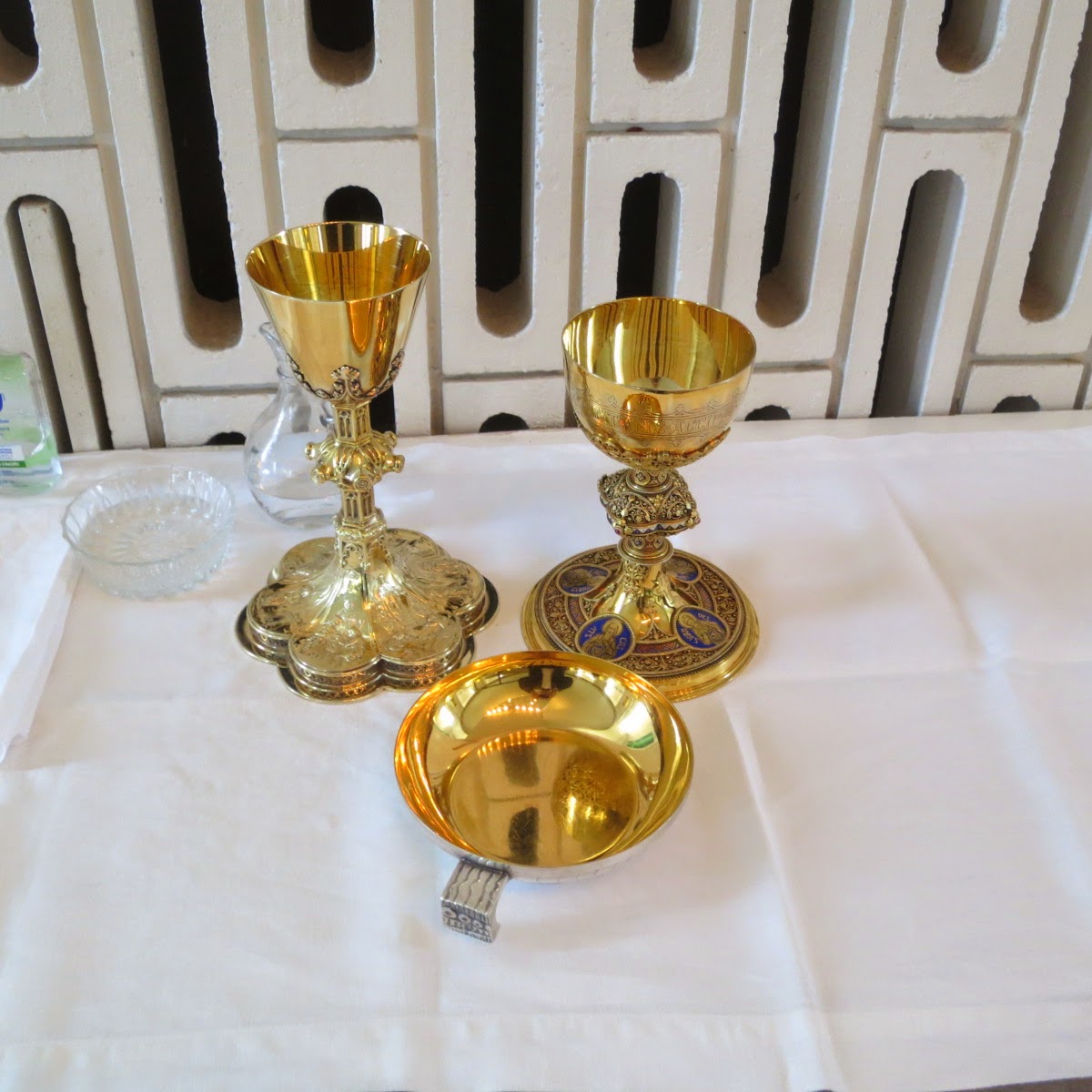 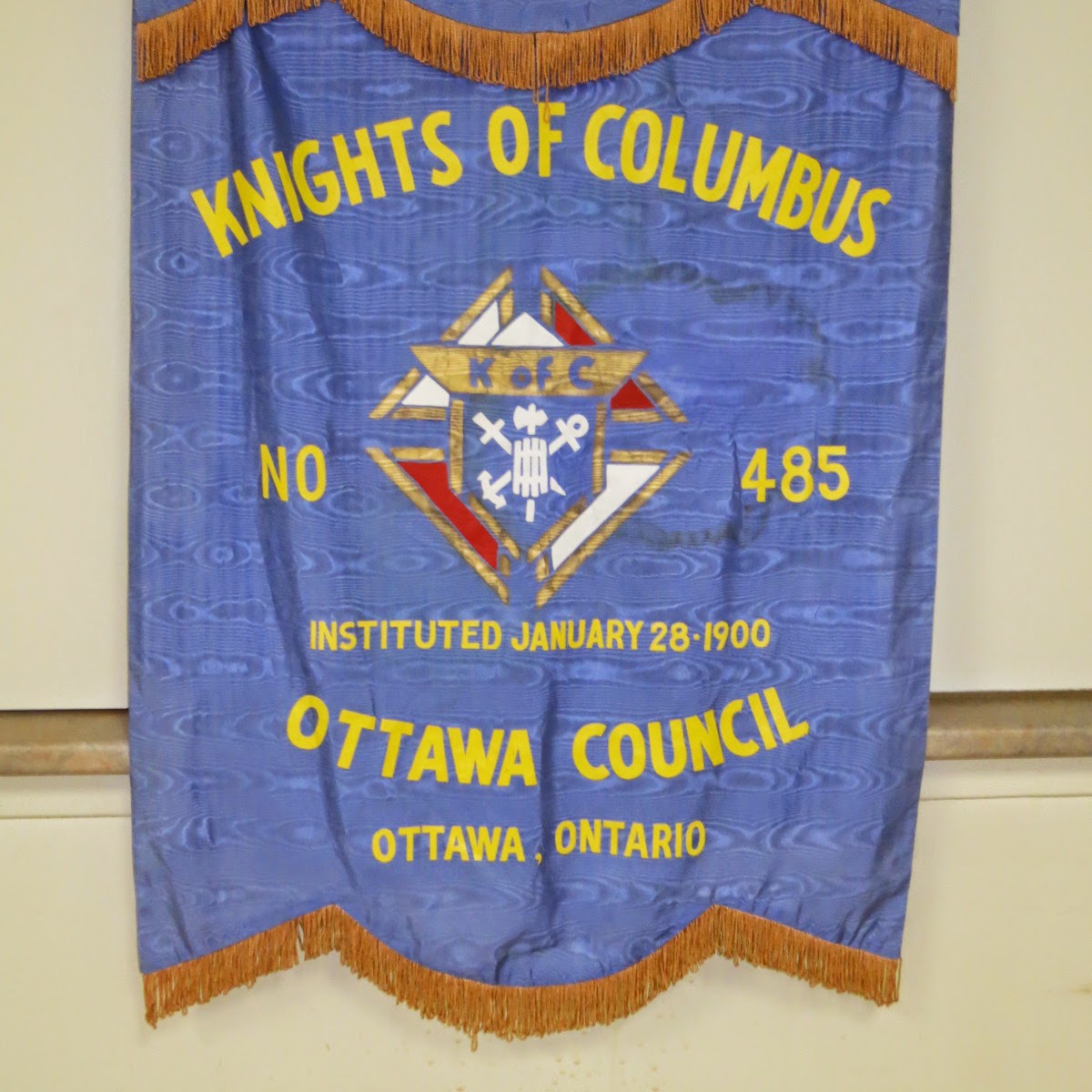 Dear brothers and sisters in Christ,

I am delighted to be with you here at St. Basil’s Church for this celebration of the Third Sunday in Ordinary Time, on which we also give thanks to the Lord for the Pioneer Knights of Columbus Council #485. Your predecessors established your council 115 years ago during the episcopacy of Ottawa’s first archbishop, Thomas Duhamel, whose crozier I bear this morning for the occasion. 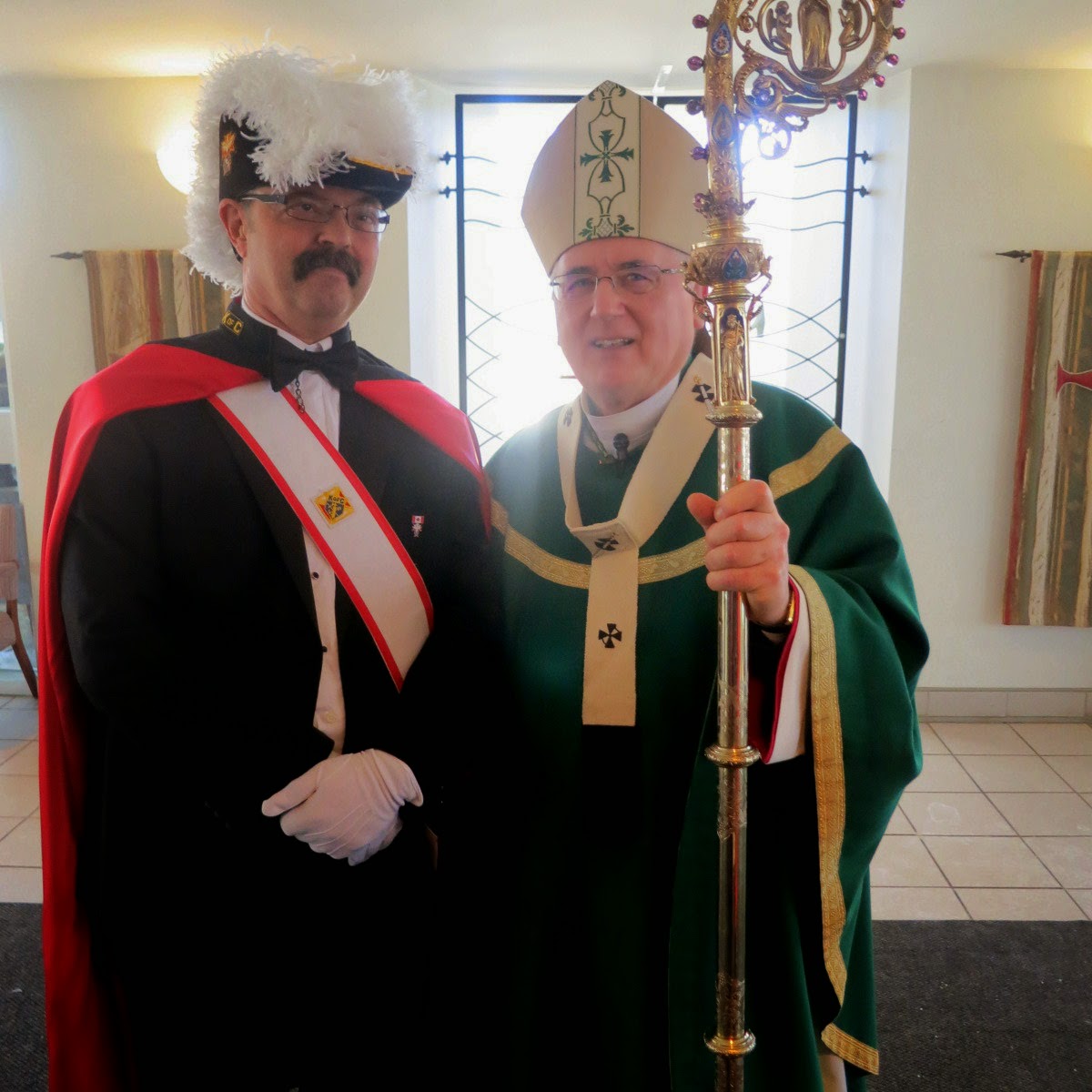 Every Sunday, we celebrate the Resurrection of the Lord and our own baptism, which was the moment each of us entered into communion with the Paschal Mystery. Christ’s Resurrection has forever changed the world and invites our continuing transformation.

The prophet Jonah, from whose book we heard a passage, anticipated symbolically the resurrection of Jesus. Jonah was brought back to life on earth after three days in the belly of a great fish. He was converted, that is, “turned around,” in his orientation towards the things of God. He heard the call of the Lord to go on a missionary voyage “a second time.”

Paul describes his experience of an encounter with the Risen Lord Jesus by saying that “the present form of this world is passing away.” Thus, we need to live in a paradoxical way (“those who mourn as though they were not mourning, those who rejoice as though they were not rejoicing” and so on).
He prescribed a degree of detachment even in marital relations and business dealings to concentrate more on the things of God. 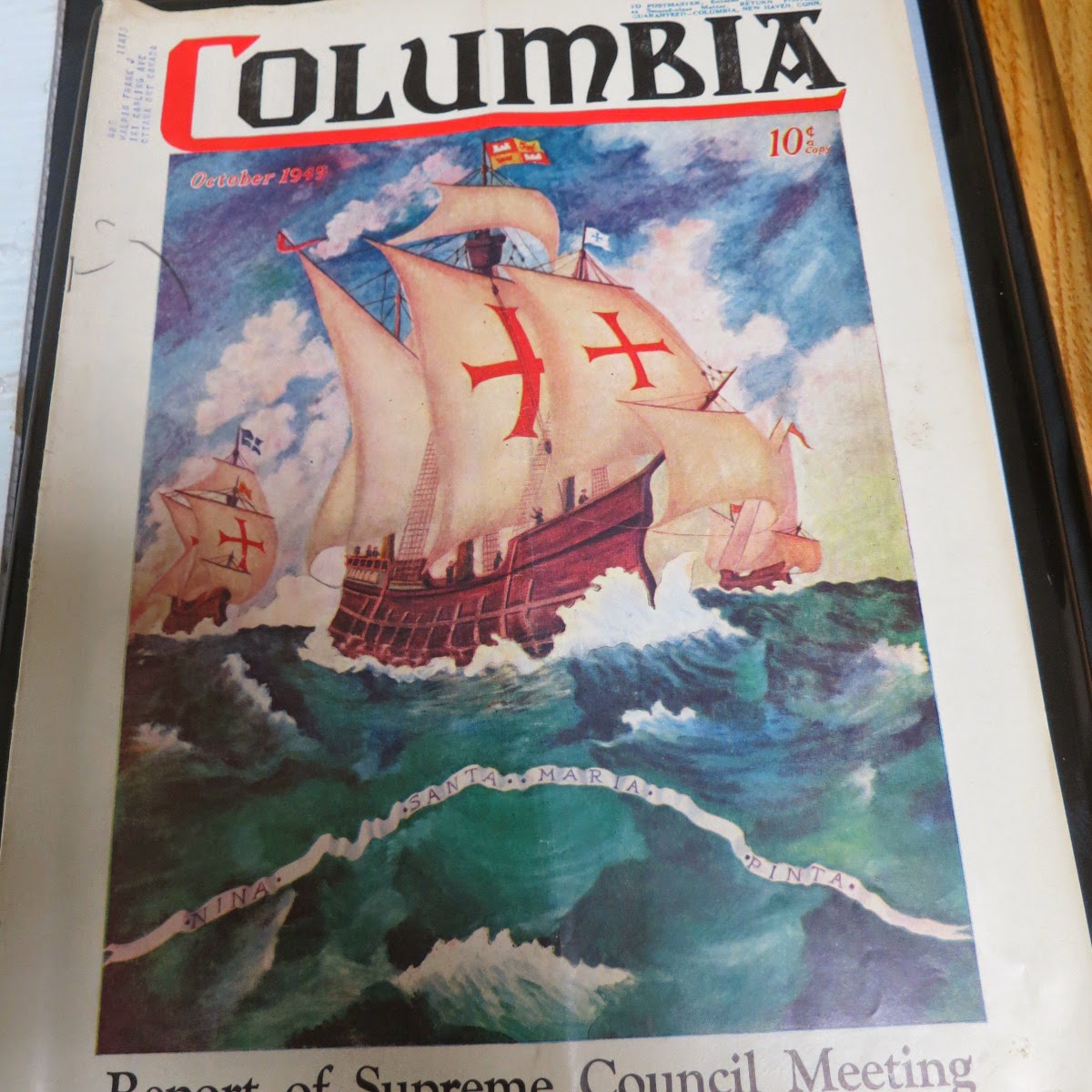 All three scripture readings introduce us to people called to a special ministry. Not only did they undergo conversion themselves through their encounter with Christ Jesus, but they proclaimed conversion as well. And this wasn’t as easy as it might sound. Conversion is a continuous and difficult reality.

Peter, Andrew, James, and John immediately left trade, possessions, and family to follow Jesus unreservedly. But the rest of Mark’s gospel shows that they struggled before fully accepting the new mind-set of Jesus.

Both Jonah and Paul also went through turmoil before they yielded to God’s invitation to change their way of viewing the world. Jesus’ challenge to “repent and believe in the Good News” may be more difficult than it first appears. 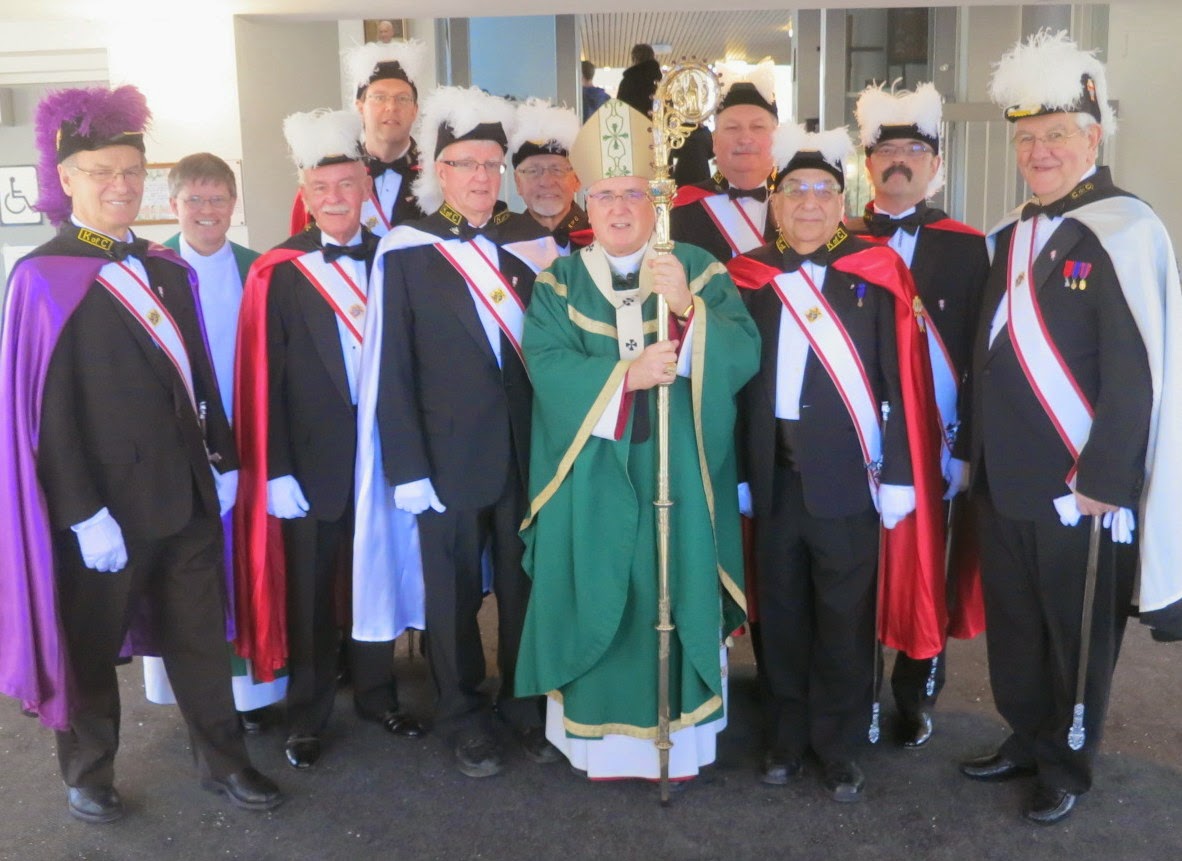 We all remember from the Jonah story when he was swallowed by a whale, then vomited onto dry land after uttering a prayer of thanksgiving for deliverance. Let’s not forget that the reason Jonah was in the depths of the sea was that he was fleeing from Nineveh after God summoned him to preach judgement and repentance. After Jonah proclaimed repentance and Nineveh repented, he brooded because the effect of God’s mercy left his oracle of judgement unfulfilled. Jonah was truly a reluctant prophet.

The Book of Jonah also traces a change in the prophet’s role from that of delivering oracles of judgement to one of persuading people to a change of heart. For God’s decrees can be reversed through repentance.

When Mark tells his story of Jesus, after John had been arrested, Jesus came into Galilee preaching conversion (“repent”). Jesus’ preaching contained a further appeal to “believe in the good news.”
John the Baptist predicted the imminent arrival of one who would baptize with the Spirit. That time had arrived (“the time is fulfilled, and the Kingdom of God has come near”). Near, but not yet here, in full power. In Jesus’ ministry, the Kingdom of God has entered into history, even though its full appearance is yet to come. 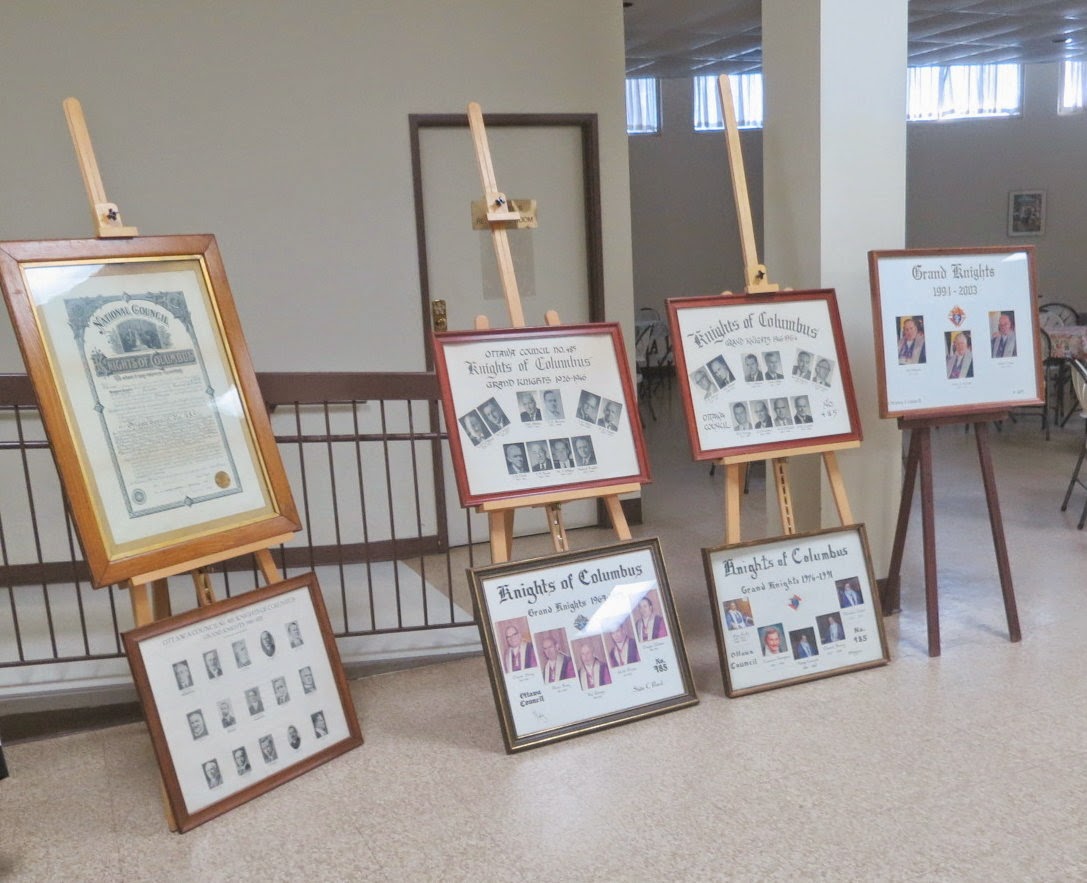 Paul plays on this tension between the “already” and “not yet” aspects of God’s Kingdom. Christ’s kingdom has “already” come into our world by the Paschal Mystery and the outpouring of the Spirit at Pentecost, but it is “not yet” fully achieved in our hearts and lives.

Jesus chose to rely on fellow evangelists to spread the good news. In today’s gospel, He called others to fish for people. This alludes to the former livelihood of four Galileans and the way in which Jesus transformed their lives by His call: “follow me and I will make you fishers of people.”

Cardinal Lacroix wears a fishhook on the lapel of his suit coat. When I asked him about it, he said that we don’t usually win people to Christ with a fishnet—one among many—but one “fish” at a time! That call to fish for people, catching them up in God’s great fishnet, even if we hook them one at a time, is the invitation that Pope Francis keeps stressing. He reminds each of us of the obligation we have taken on by virtue of our baptism to share our encounter with the Risen Lord with others. God uses us to lead others to enjoy eternal life, life in all its fullness.

This brings me to the wonderful apostolate of the Knights of Columbus that we are honouring at this Mass. The hundreds of members who have been part of Pioneer Council 485 over the past 115 years have grown in Christian faith and virtue as a result. They—and you, this generation—have provided invaluable service to the Church and other charitable works. You have upheld the principles of charity, unity, fraternity, and patriotism as high ideals for your sons and fellow parishioners to emulate. 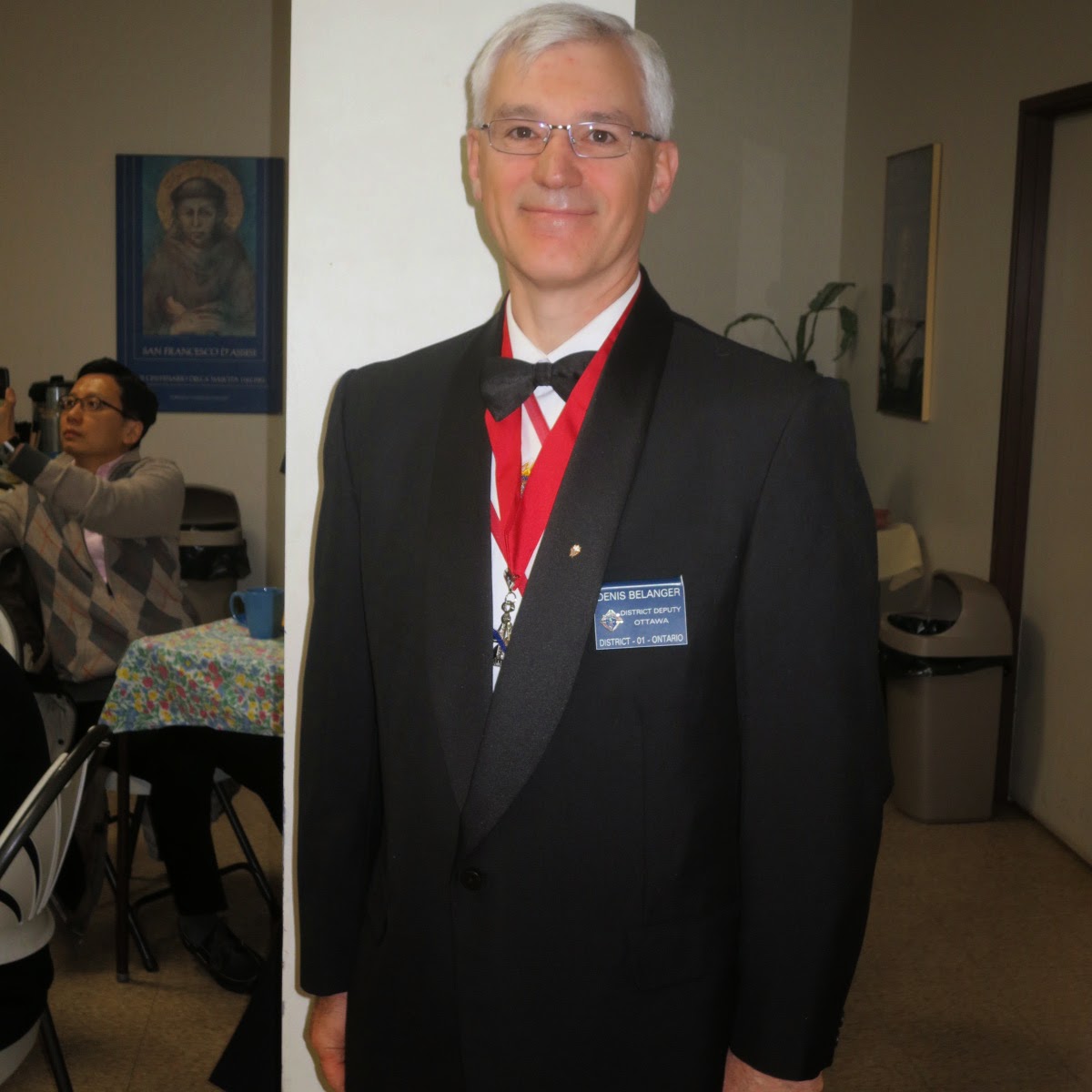 We can look back with fondness on some highlights. This council spearheaded the establishment of the Knights of Columbus in Ontario in1900, three years before you formed councils in Kingston, Cornwall and Peterborough, and four years before there was an Ontario State Council. In 1953, Prime Minister Louis St. Laurent was your guest speaker with 400 in attendance. There were 1,000 members in the single Knights of Columbus English-speaking Council in Ottawa. Although your number has fallen to fewer than 200, your golf tournament has allowed you over a dozen years to donate more than $100,000 to the Heart Institute. The Foundation makes many other donations to worthy causes. 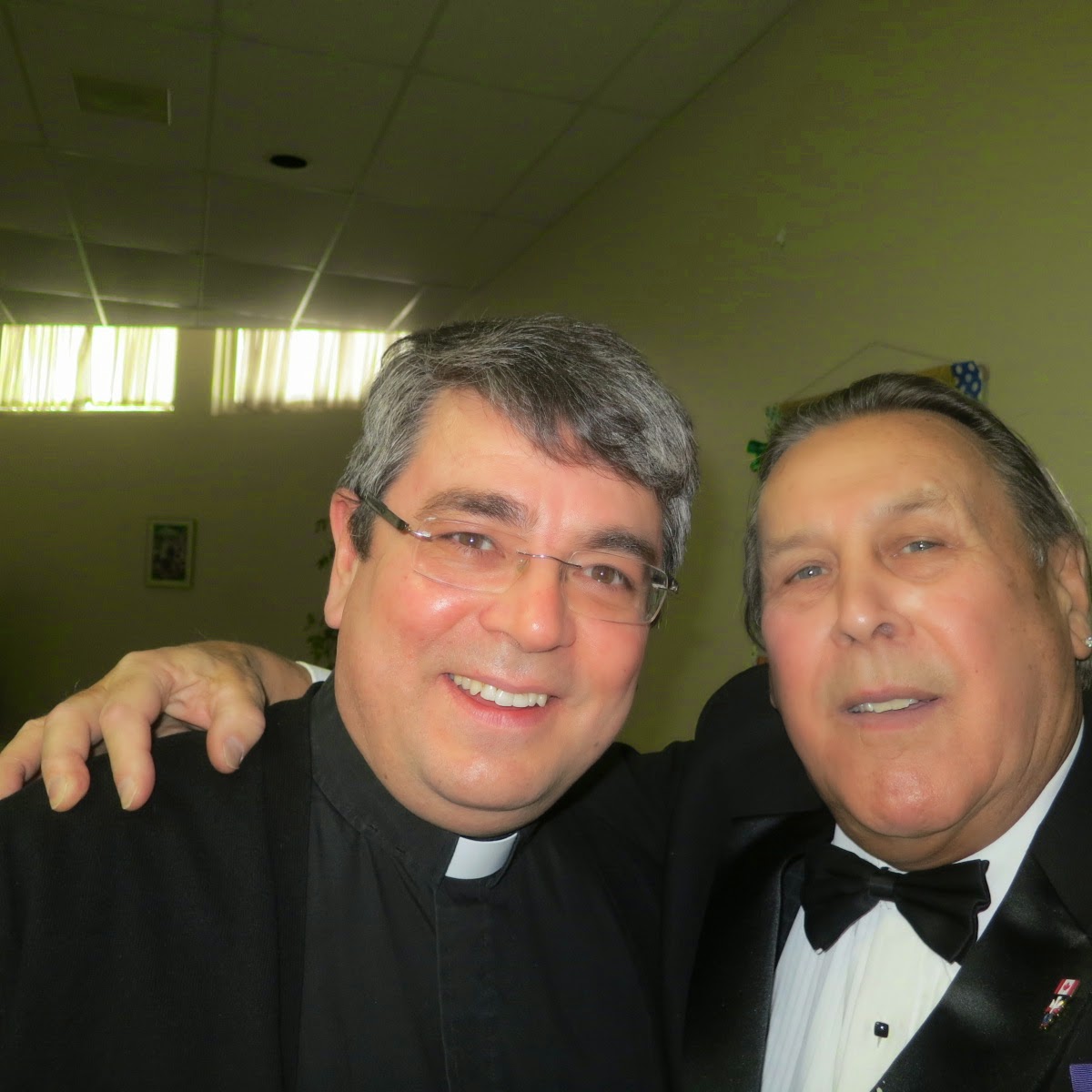 I encourage you to seek the Holy Spirit’s guidance to discern what He is calling your council to today. He has a plan for you individually and corporately. Don’t hold onto the old days, but seek the new adventures He is calling you to.

Works of Christian charity and justice, Pope Francis and our bishops, chaplains and priests keep reminding us, must issue from our being disciples of Jesus, rooted in him through prayer, reflection, and study. Columbia magazine is a rich monthly treasure trove of aids to our growth in Christ. Read it and the Bible, the Catechism of the Catholic Church, and the lives of the saints. Prayerfully reflect on what the Lord is calling you to be as dynamic Catholic men for today. 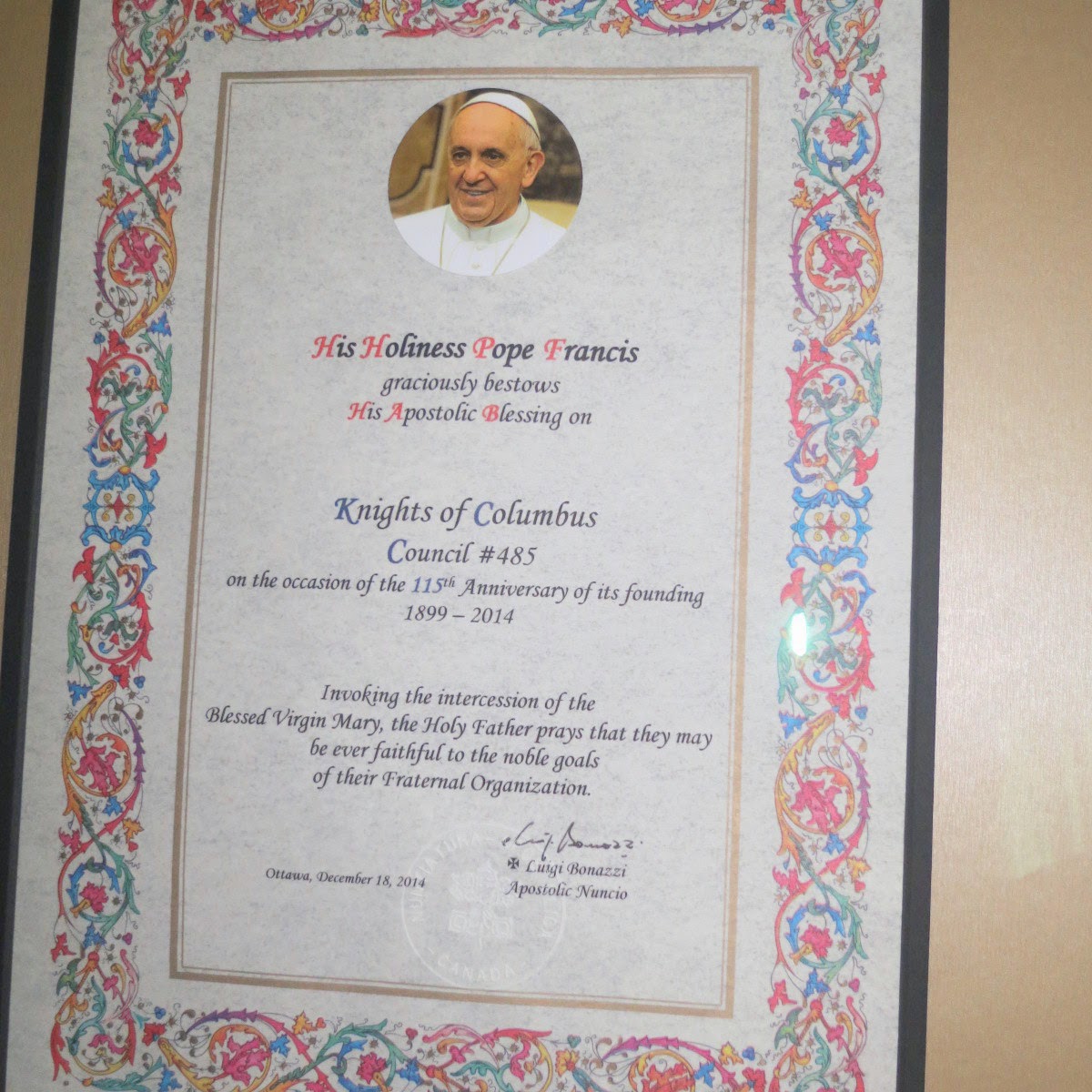 I note that you have three round-tables: here at St. Basil’s, at St. Elizabeth’s and at Sheng Shen (Holy Spirit) Chinese Catholic Parish. That last one may inspire you to bless more new Canadians at our Catholic parishes (Vietnamese, Korean, Polish, Sagrada Familia Hispanic, Croatian and other ethnic and national linguistic groupings) with life as a Knight.

May God continue to bless you with energy, zeal, and growth for many years to come! 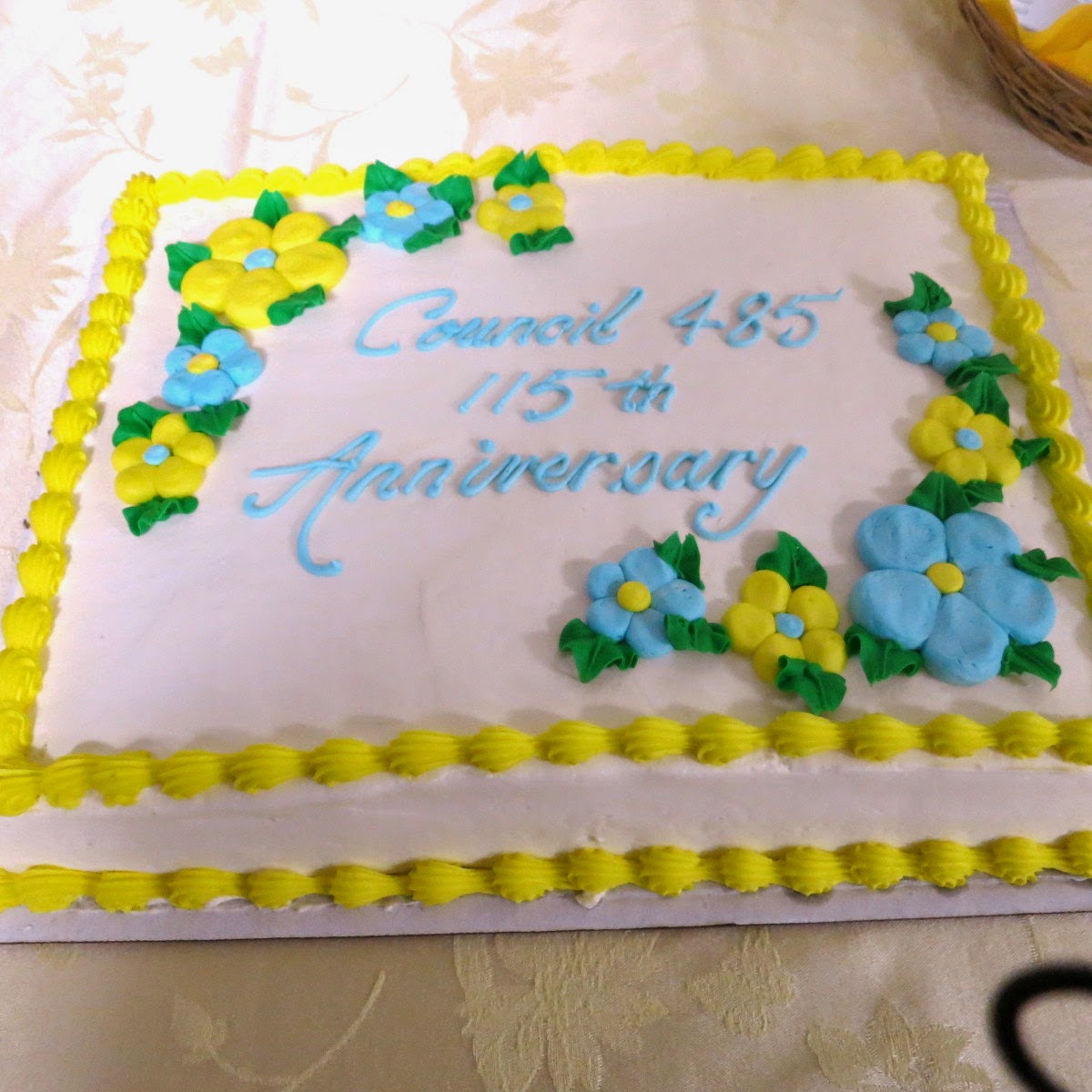 Posted by Archbishop Terry at 12:05 AM