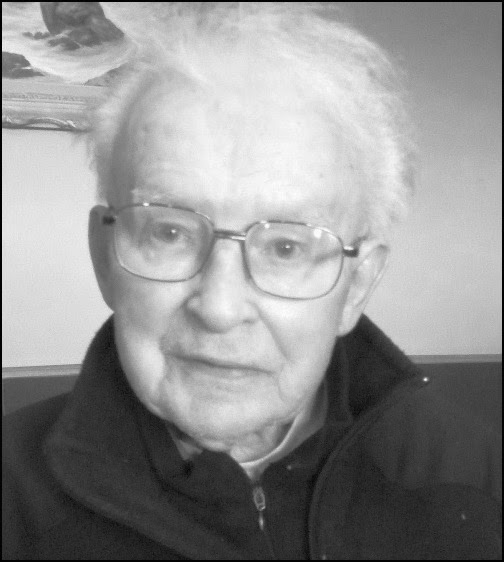 Brother Rudolf Feigl S.J. died on Thursday, January 8, 2015. He was 93 years old and in his 71st year of religious life in the Society of Jesus.

Rudolf Feigl was born on November 23, 1921 and entered the Novitiate of the Society of Jesus in Hungary on September 5, 1944.

Having arrived in Canada as an immigrant in 1954, Brother Feigl served in Hamilton for four years at Saint Stephen Church, pronouncing his Final Vows as a Jesuit brother on February 2, 1956.

From 1958 he worked in Courtland, Ontario where the Hungarian Jesuits in exile had a residence, serving  at the community of Saint Laszlo Church as Minister (manager of temporal matters), cook and pastoral assistant for fifteen years.

In 1973, he was sent to Toronto, where he served at Saint Elizabeth of Hungary Church. One of his main duties was to organize the altar servers. He became “the Brother” for the altar boys, who loved him dearly.

In 2007, he retired to Hamilton and resided at Saint Elizabeth Villa there until his death.

The funeral was celebrated at St. Elizabeth of Hungary Church, Toronto, this afternoon, Saturday, January 17 at 2 PM.  His remains will be interred in Courtland.


Requiescat in pace.
Posted by Archbishop Terry at 4:19 PM