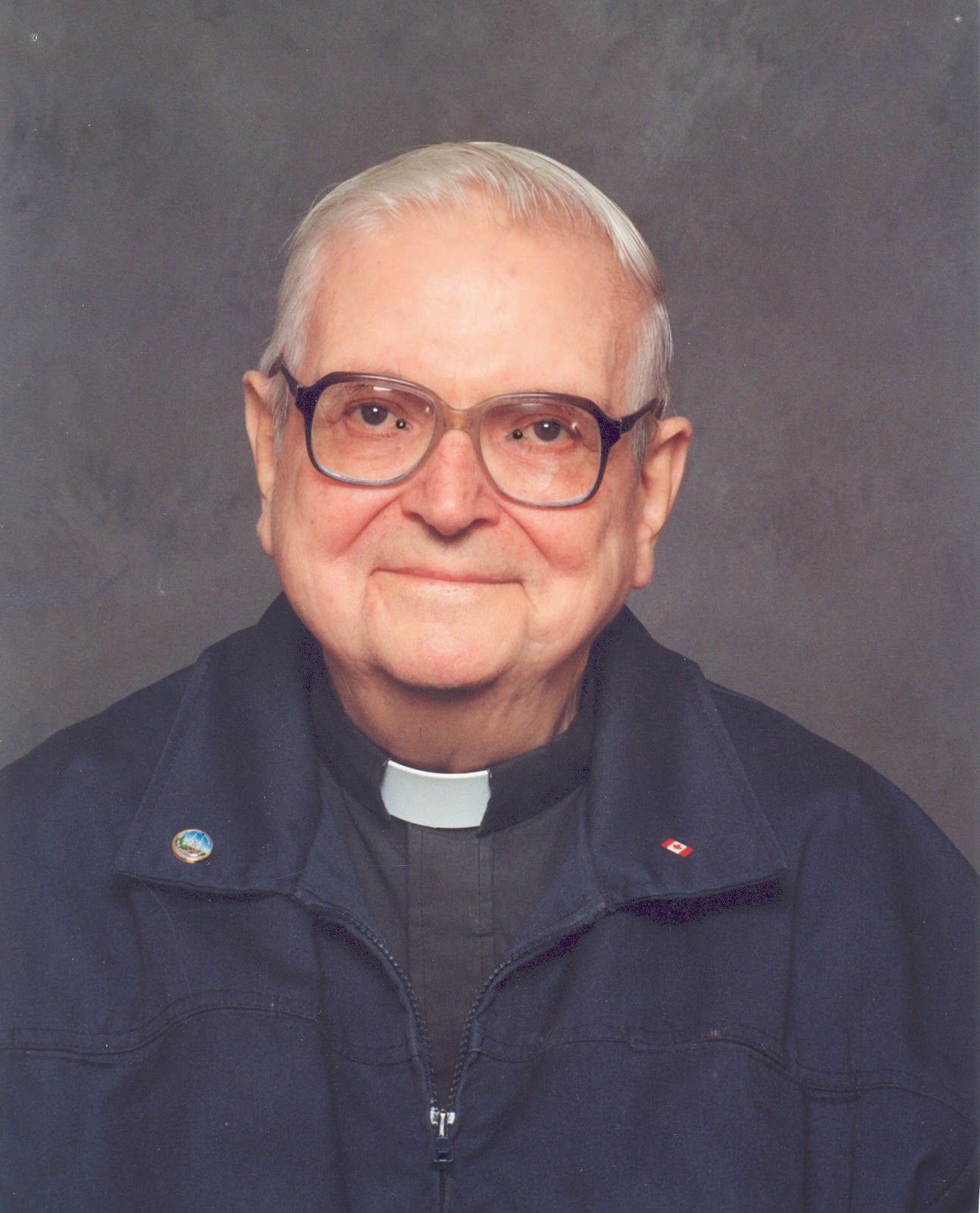 Father Lawrence Edward Brennan died peacefully in the Lord on January 15th at the Ajax-Pickering Hospital. He was in his 88th year, a priest close to 55 years and in religious life for nearly 70 years.

Lawrence Brennan was born on June 8, 1927 in Regina, Saskatchewan, the son of Daniel Brennan and Jessie Mullins. His older brother Joseph (now serving at the Jesuit Pre-Novitiate in Darjeeling, India) entered the Society of Jesus in 1942 and three years later Lawrence followed him to the Novitiate at Guelph, Ontario.

After taking First Vows in 1948, Mr.Brennan  did the usual two-year programme of collegial studies in the Juniorate before moving to Toronto to study Philosophy at the Jesuit Seminary. In 1954, he began his long ministry to the Native People of Northern Ontario when he was assigned to teach at Garnier Residential School in Spanish, Ontario. After labouring there for three years (it closed in 1958), he returned to Toronto in 1957 to study Theology at the Jesuit Seminary, then located at 403 Wellington Street West.

Father Brennan was ordained in Toronto on June 19, 1960; his last year of formation in ascetical studies— the Jesuit Tertianship—followed in 1961 at St. Beuno’s in Wales.

On his return to Canada in 1962, Father Larry was sent to Holy Cross Mission at Wikwemikong on Manitoulin Island; he thrived in Northern Ontario. He spent three years at Wikwemikong, eighteen years at Heron Bay, and lastly, thirteen years at Armstrong, for a grand total of thirty-seven years (which includes his Regency, teaching as a Jesuit scholastic).

Father Larry’s final appointment saw him move to the La Storta Jesuit Residence in Pickering, beginning in 1996. He was involved in pastoral ministry and served at the Martyrs Shrine during the summer season from 1996 to 2009. In both locales he was renowned for his grocery shopping, looking for bargains, oft-times buying foodstuffs that were past their ‘best before’ date.

Father Brennan was greatly appreciated by the Native People at Heron Bay who made him an Honorary Chief; he was a character possessed of special traits. It was in the early 1960s that he decided that the Volvo automobile would be best for his transportation needs. The last one, which he bought in 1993, served him faithfully until 2012 when he donated it to a refugee. It was in sparkling condition with no sign of rust or dents.

As well, he was a fount of knowledge, not only about the Native Peoples apostolate and on the Canadian Martyrs, but also on Jesuits and on the history of the Jesuit Province. Never shy at expressing an opinion on a variety of topics, his mind was clear to the very end of his life. He had been looking forward to presiding at the René Goupil Jesuit Infirmary Christmas Eve Mass, with his moose-skin chasuble and Honorary Chief head-dress, when he was hospitalized on December 23rd.

A man of prayer, Father Larry Brennan was devoted to the time-honoured forms of Catholic piety – holy hours, the Rosary, Stations of the Cross, Benediction of the Blessed Sacrament, litanies, feast day vigils, etc. In fact, he often led these devotions for his fellow Jesuits in the Infirmary Chapel.

The wake service for Father Brennan will take place on Tuesday, January 20 from 7 to 9 PM (with a Prayer Service at 8 PM) and the Funeral Mass will be celebrated on Wednesday, January 21 at 10:30 AM—both in the St. Ignatius Chapel at Manresa Retreat House, Pickering, ON. Following the funeral, burial will take place at the Jesuit Cemetery, Guelph at 2:30 PM.

Posted by Archbishop Terry at 6:59 AM