Today in various places, optional memorials of Mother Frances X. Cabrini and the boy saint Stanislaus Kostka may be observed in the and in respectively (the latter is also celebrated in the Jesuit Order).
﻿

St. Frances was born in Lombardi, Italy in 1850, one of thirteen children. At eighteen, she desired to become a Nun, but poor health stood in her way. She helped her parents until their death, and then worked on a farm with her brothers and sisters.

One day a priest asked her to teach in a girls' school and she stayed for six years. At the request of her Bishop, she founded the Missionary Sisters of the Sacred Heart to care for poor children in schools and hospitals.

Then at the urging of Pope Leo XIII she came to the United States with six nuns in 1889 to work among the Italian immigrants.

Filled with a deep trust in God and endowed with a wonderful administrative ability, this remarkable woman soon founded schools, hospitals, and orphanages in this strange land and saw them flourish in the aid of Italian immigrants and children.

At the time of her death, at Chicago, Illinois on December 22, 1917, her institute numbered houses in England, France, Spain, the United States, and South America.

In 1946, she became the first American citizen to be canonized when she was elevated to sainthood by Pope Pius XII. St. Frances is the patroness

God our Father, who called Saint Frances Xavier Cabrini from Italy to serve the immigrants of America, by her example, teach us to have concern for the stranger, the sick, and all those in need, and by her prayers help us to see Christ in all the men and women we meet. Through our Lord Jesus Christ, your Son, who lives and reigns with you in the unity of the Holy Spirit, one God, for ever and ever. 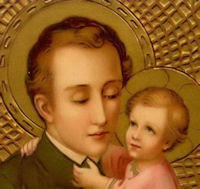 The son of a Polish senator, St. Stanislaus was first privately educated at the family castle. He later attended the Jesuit college in Vienna, where he set a holy example for all. While at the college, Stanislaus suffered from a serious illness. St. Barbara and two angels appeared to him and he seemed to be given Holy Communion in the vision (either by St. Barbara or by the angels). Also, Our Lady visited him and told him that he would recover and become a Jesuit.

The Jesuit provincial in Vienna was too afraid of making Stanislaus's father angry to admit Stanislaus to the Order, so the saint walked to Augsburg and then Dillingen, a total of 350 miles, and there appealed to St. Peter Canisius, the Jesuit provincial of Upper Germany. St. Peter Canisius took him in, and after three weeks, sent Stanislaus to Rome to see St. Francis Borgia, who was general of the Jesuits.

In Rome, Stanislaus became a Jesuit at the age of 17, much to the dissatisfaction of his father. His devotion to the Eucharist was apparent to all, since he went into ecstasy after receiving Communion. St. Stanislaus became ill again and died only nine months into his novitiate. 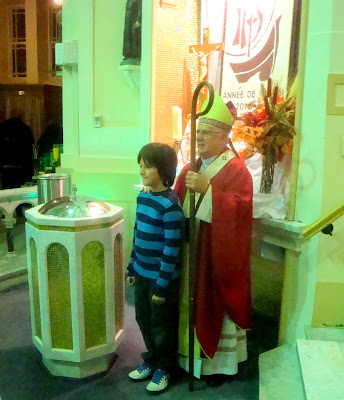 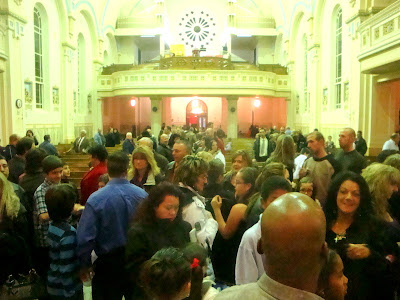 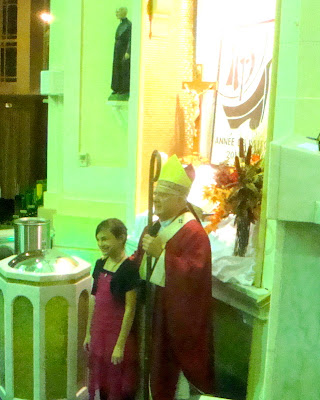 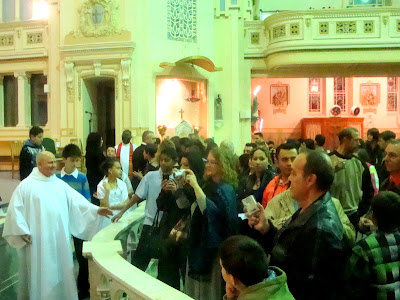 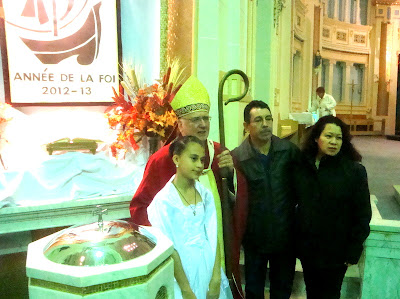 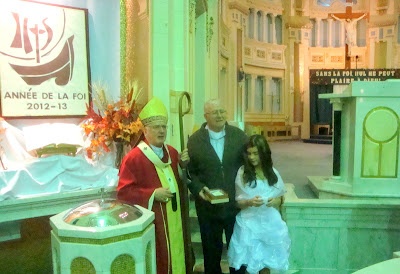