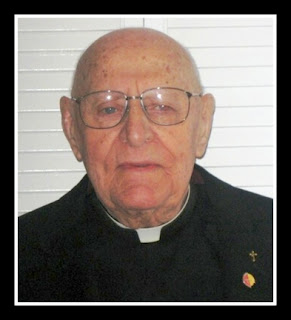 Father Edouard LADOUCEUR died on Monday, November 26, 2012 in his 93rd year. Born on March 14, 1920 in Buckingham Québec, he was ordained a priest on June 15, 1946 in Ottawa by the Most Reverend Alexandre Vachon, Archbishop of Ottawa. He exercised his presbyteral ministry in several parishes in Gatineau and in Ottawa and was the founding pastor of St-Dominique Parish in Hawkesbury. Visitation will take place at Sacré-Coeur Church, 3765 Champlain Street, in Bourget on Friday, November 30 at 1:00 p.m. The funeral Mass will follow at 2:00 p.m., with burial later in the cemetery of his native Buckingham.

Today the Church begins the celebration of a new liturgical year. The scriptural readings in Year “C” are drawn chiefly from Luke's Gospel. In reflecting on Luke's account of Jesus' career this year, Christians will become acquainted with emphases Luke has made his own in presenting the Good News. ﻿
More than other evangelists, Luke stresses the “world-affirming” dimension of Jesus' ministry. For Luke locates Jesus not only within the salvation history of God's chosen people but within the history of the whole human race. Thus, Luke refers both to the leaders of Israel and to figures like the Caesars (Augustus and Tiberius) who played key roles on the world's stage where Jesus of Nazareth belongs.

Luke's gospel highlights God's designs as the reversal of human values and expectations. God demonstrated a preferential love for the poor, the afflicted and the outcast as the starting-point for summoning all humanity to salvation. Luke underlines the importance of faith and of prayer, giving prominence to the Holy Spirit's role in the life of Jesus and his disciples.

Luke shows that conversion implies a change in one's behaviour and accentuates the presence and contribution of women among Jesus' disciples. Above all, Luke emphasizes the orderly transition from the ministry of Jesus to the mission of the Twelve Apostles. He shows that God blessed the transition from early church patterns in the apostolic era to later structures governed by elders appointed in apostolic succession. Though many of the early church's struggles might appear to have been chaotic, the development of the Church came about following a divinely-ordained plan so that people's faith might be firmly grounded (Luke 1.1-4).

During this liturgical year, we will see how Luke explores dimensions in the disciples' experiences with Jesus that get below surface appearances. For example, Peter's sense of unworthiness at his call (Luke 5.1-11). Or a forgiven woman's love overflowing into tears that bathed the feet of Jesus (7.36-50). Or a cleansed leper's joy that had to say “thank you” (17.11-19) and the recollection by the Emmaus disciples that their hearts burned within them as Jesus opened the meaning of the scriptures to them (24.13-35). These themes and others are found in parables and narratives unique to the Third Gospel.

We should not be surprised then, that when Luke came to transmit Jesus' words concerning the end of human history, the theme of the First Sunday of Advent, he gave them a special focus (Luke 21.5-36). In his account, Luke highlighted Jesus' role as the prophet who could and truly did foretell the future. All through the Acts of the Apostles, Luke shows that Jesus correctly foretold the persecution of Christians after Pentecost (Luke 21.12-19).

As they read Luke's two-volume work late in the first century, Christians would have been aware that Jesus also had accurately predicted the fall of Jerusalem and the destruction of the Temple in 70 AD (Luke 21.8-11, 20-24). 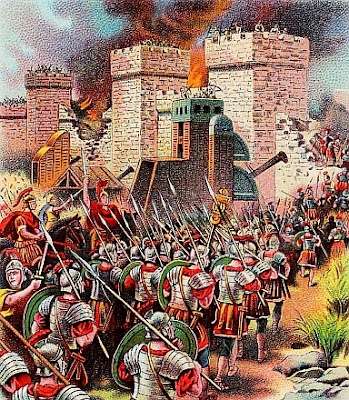 ﻿
Accordingly, they would have had confidence in Jesus' predictions about happenings still to come, the theme of today's gospel. Jesus' words about the end speak of the cosmic portents that will take place and of the reactions then of people who do not understand what these happenings mean (“people will faint from fear and foreboding of what is coming upon the world”).

Christians who are taught by Jesus, however, are to have a different outlook. They are urged to hold their heads high because “your redemption is drawing near.”

Jesus warned that there remains a danger even for Christians. It derives from “the worries of this life” which may overwhelm their hearts and so weigh them down that they abandon themselves to “dissipation and drunkenness.” In that case, the Day of the Lord may suddenly spring on them “like a trap.” One's only defence against this is “being alert at all times, praying for strength to escape” and to stand confidently before the Son of Man on Judgment Day.

In the second reading, Paul informs the Thessalonians that, ultimately, it is God's work in Christian lives that makes it possible for them to grow in love, to be strengthened in holiness and to be blameless before God when Jesus comes. God, then, is the ground of Christian hope in the future.
Posted by Archbishop Terry at 6:00 AM