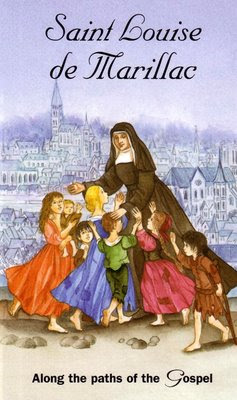 St. Louise de Marillac (1591-1660), whose feast day is March 15, founded the Daughters of Charity under the guidance of St Vincent de Paul. Since both saints were reluctant to take credit for anything, it is not easy to distinguish their separate roles.


Undoubtedly St Vincent possessed the more relaxed temperament and helped to moderate Louise’s intensity and scruples. But then Louise’s youth had hardly encouraged lightness of spirit.

The illegitimate daughter of Louis de Marillac, a widowed nobleman with connections at the court of Queen Marie de Medici, Louise never knew her mother.

Although acknowledged by her father, she was rejected by her stepmother after he married again, and sent to be educated by the Dominicans at Poissy. It was the kind of French convent where the virtues of aristocracy were not underestimated.

After Louis de Marillac died in 1604, Louise was housed by a charitable spinster. At 15 she wanted to become a Capuchin Sister, but was gradually persuaded by her confessor to accept the greater sacrifice of matrimony.

In 1617 she married Antoine Le Gras, a court official, and gave birth to a son, Michel. Her husband, however, soon fell ill, a misfortune which she was inclined to regard as punishment for her rejected vocation.

While Louise cared devotedly for her sick spouse, by the time that he died in 1625 she had fallen under the influence of François de Sales and Vincent de Paul. Initially, she confessed, she felt repugnance at submitting so absolutely to Monsieur Vincent; gradually, however, he moulded her career.

She became one of Vincent’s Dames de Charité, a group of mainly aristocratic women dedicated to the service of the poor.

It became evident, though, that unaristocratic women might be more effective in meeting the hard and ungrateful tasks associated with a charity that worked in slums and hospitals. Vincent discerned that Louise was the woman to create a new association.

In 1633, therefore, she became director of a centre in Paris, at which robust but largely uneducated girls were trained as missionaries to the poor. Les Filles de Charité, as they became known, did not live in community: “Your convent,” Vincent de Paul told them, “will be the sickroom, your chapel the parish church, your cloister the city streets.”

“You must show the poor affection,” Louise instructed, “serving them from the heart, inquiring of them what they need, speaking to them gently and compassionately; procuring necessary help for them without being too bothersome or too eager.

“Remember that all harshness and disdain, as well as the services and the honour you render them, are directed to our Lord himself.”

By her death, Louise had established more than forty centres for the Filles de Charité in France. Today the ideals which she shared with St Vincent inspire many organizations throughout the world. (Saint of the Week in http://www.catholicherald.co.uk/)

Louise de Marillac was canonized in 1934 and declared the patroness of social workers in 1960. 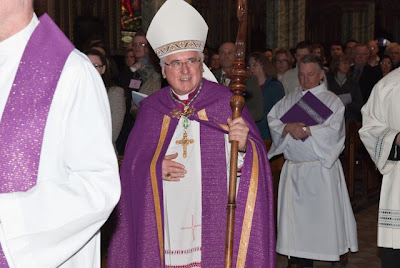 On Sunday afternoon, some sixty-five catechumens were inscribed among "The Elect", those who will be fully initiated into life with Christ through Baptism, Confirmation and the Holy Eucharist at the Easter Vigil in their own parishes.
The ceremony, a Liturgy of the Word, culminates with the presentation of the catechumens by name, their declaration of a desire to become Catholic Christians, prayers for them and those who accompany them.  A highligth is their signature of the Book of the Elect, after which the Deacon processes with the Book of the Elect through the congregation.
Those who will come into full communion with the Roman Catholic Church, through Confirmation and the Reception of Holy Communion, were also presented--their number was similar to that of the catechumens.
On the Third Sunday of Easter, May 8 at 7:30PM the Neophytes (new-born Christians) are invited to gather again with their bishop for a Mass of Thanksgiving in the Cathedral.  Following this Mass, I customarily give the new members of the flock of Christ in Ottawa, an introduction to the cathedral's structure, explaining the symbolism, and a tour of the sacristy, where the treasure of vestments and vessels are displayed and a Q&A session is held.
Photos of the gathering (and some taken afterwards in the Cathedral and at the reception in the Parish Hall) follow, interspersed with the homily at the service: 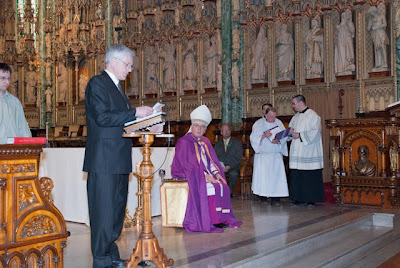 On Wednesday our foreheads were marked with ashes, to draw us into forty days of intense spiritual work, as we prepare for the great Feast of Easter. Whether we were baptized sixty years ago or are preparing to enter the waters of baptism this Easter, these next six weeks are a valuable gift to us.

For the Elect, this Lent is the period of purification and enlightenment of their minds and hearts. They are preparing to be washed clean in the waters of baptism, to be anointed with the power of the Holy Spirit and to be nourished with the Body and Blood of Christ. They will begin by renouncing sin and professing their faith. So their Lenten work is to examine their conscience and do penance, and so to grow into a deeper personal knowledge of Our Saviour Jesus Christ.

Those of us who are already baptized are called to do that work also, just as we do each year in Lent. We too are getting ready to renounce sin again and to renew our profession of faith.

The questions posed are the same for all of us: “Do you reject sin, so as to live in the freedom of God’s children? Do you reject the glamour of evil and refuse to be mastered by sin? Do you reject Satan, father of sin and prince of darkness?

Do you believe in God, the Father almighty, creator of heaven and earth? Do you believe in Jesus Christ, his only Son, our Lord, who was born of the Virgin Mary, was crucified, died, and was buried, rose from the dead, and is now seated at the right hand of the Father? Do you believe in the Holy Spirit, the holy Catholic Church, the communion of saints, the forgiveness of sins, the resurrection of the body and the life everlasting?

The answer proposed for each us is also the same, “I do!” 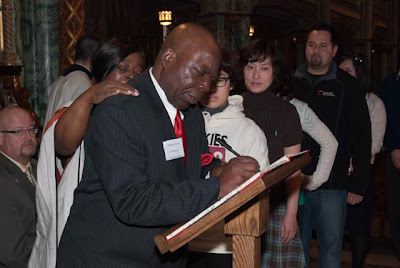 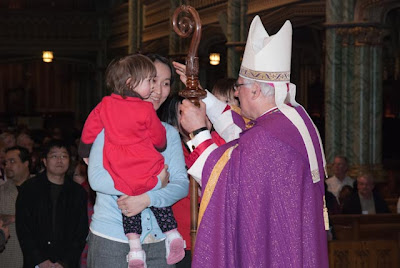 The Scripture readings for this first Sunday of Lent describe the struggle with temptation and the root issue, whether human beings are willing to trust their Creator God, who will also be revealed in Jesus as their Redeemer.
The Bible says God does not 'tempt' humans but 'tests' them to see what is in their hearts. Temptation can come at the hands of several figures; 'Satan', 'the Devil', the 'Prince of This World' are some of the personal titles given to God's enemy. Forces opposed to God are sometimes put in impersonal terms: 'the lust of the flesh and the lust of the eyes and the pride of life' (1 John 1:16). In effect, all of these forces try to drive a wedge between people and God so that they are tempted not to trust God.

The man and the woman did not resist the Tempter's blandishments. They yielded to the desire to “be like God” and disobeyed God's commandment.

By contrast, Jesus resisted three unworthy ways of being the “Son of God” proposed by the devil: using His power to satisfy hunger rather than for the good of others; “tempting” God to care for Him by casting Himself down from the pinnacle of the Temple; worshipping Satan to gain worldly power and prestige. 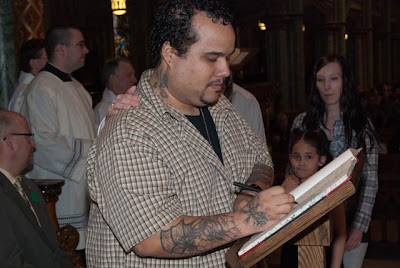 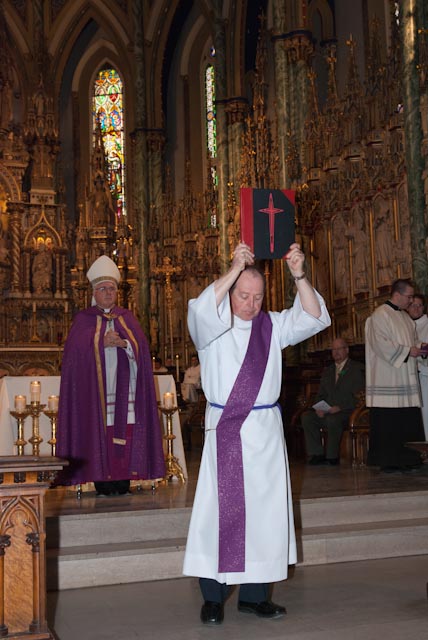 As we hear the Genesis account of the fall of Adam and Eve and listen to Jesus winning the victory over Satan in today’s gospel, we are challenged to see the unique way in which each of us experiences the lure of evil and also how each of us comes to know God.

So each of us has important work to do in these Lenten days. We are to look deeply into our own lives, to find the places where we have allowed sin to erode our freedom, to name the evil that has become attractive to us, and to identify Satan so we can reject him.

The Lord accompanies us in our search, helping us to see as He sees, giving us the courage to recognize what must be uprooted. Christ shows us the way in today’s Gospel, as he struggles with Satan in the desert.

God bless you all! 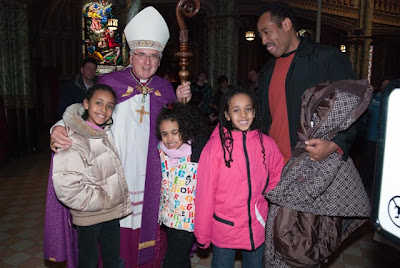 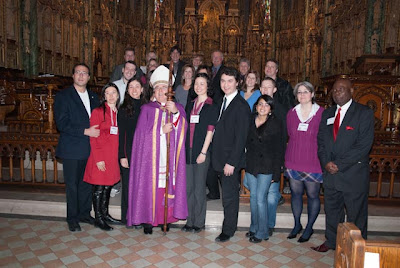 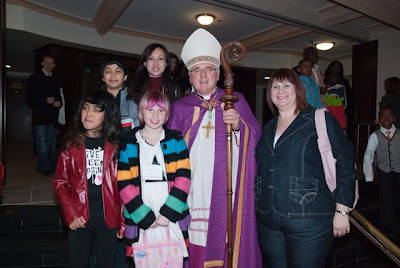 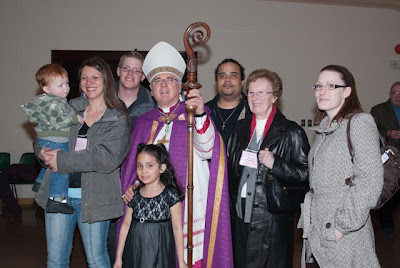 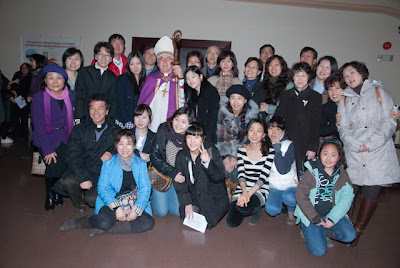 Photo credit: Heri Riesbeck
* * * * * *
Prayer for Tuesday of the First Week of Lent

Look upon your family, Lord, that through the chastening effects of bodily discipline, our minds may be radiant in your presence with the strength of our yearning for you. Through our Lord.