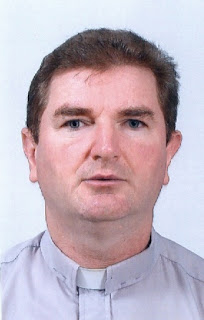 Born on August 19, 1961, in Djakovo, Croatia, he was ordained a priest in the cathedral there on October 1, 1987. He served as assistant parish priest in Valpovo and in a parish in Luc, and then was parish administrator in Petlovac.

On August 15, 2000, he became pastor of St. Leopold Mandic parish for Croats.

Father Tabak's funeral took place on Wednesday, December 16, 2015 in the parish church of Đakovački Selci, followed immediately by burial in the local cemetery.

A Memorial Mass will be celebrated at St. Leopold Mandic Church, 170 Hinchey Avenue, Ottawa, at 7PM on Monday, December 21, 2015.


Requiescat in pace.
Posted by Archbishop Terry at 11:00 AM