To Remember a Long-lived Jesuit

This is to acknowledge the passing of my Novice Master (1961-63) on Sunday. Our paths crossed only a few times after the noviceship but he was invariably kind. When I was Archbishop of Halifax, he went out of his way to welcome me warmly to the parish in Shad Bay for Confirmations in his three-point charge. Afterwards he insisted on reporting to me on his views on various church matters, sort of a reversal of my reporting to him forty years before as a novice.  He was very humble about it all and I was touched by his simplicity.  Here is a version of the obituary sent to his Jesuit brethren. R.I.P. 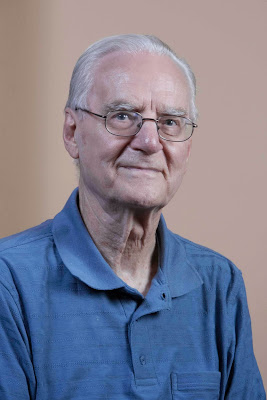 Father Leonard John Fischer died on Sunday, November 10th 2013 at Pickering, Ontario in his 97th year of life, his 78th year of religious life and 67th of priesthood.


The son of George and Magdalen (Dietrich) Fischer and brother of Father Clair Fischer, S.J. (died: May 2010), Leonard was born in Preston, Ontario on February 26, 1917. He entered the Society of Jesus on August 14, 1935 in Guelph, and remained there until the summer of 1939. After being ssigned to study Philosophy at the Jesuit Seminary, Toronto for three years, he was sent in the fall of 1942 to Regiopolis College, Kingston, Ontario to teach, after which he went to West Baden College, in Indiana, for four years of theological studies. Ordained to the priesthood on June 18, 1947, by Bishop Paul Schulte of Indianapolis, he went, following his fourth year of theology to Tertianship (a final year of Jesuit spiritual formation) beginning in 1948 at Mont-Laurier, Quebec, under Fr. A. Papillon's direction.

For the next 16 years, Father Fischer would reside at Ignatius College, Guelph, first as Assistant to the Master of Novices (for 7 years) and then as Master of Novices (beginning in 1956 for 9 years). It is estimated that 40% of the English-speaking Canadian Jesuit Province met him in one capacity or the other during those years.

Following this tenure, he had a year of studies in Paris where he was given some original writing of Pierre Teilhard de Chardin by members of Teilhard’s family. He used this material as a basis for theological studies at St. Paul’s University, Ottawa and while there was for four years assistant secretary of the Canadian Religious Conference.

Father Fischer’s next assignment was to St. John’s, Newfoundland, where he was parish priest at St. Pius X Parish for 12 years and built the new church. Beginning in 1982, at the age of 65, he began a new ministry among the Native Peoples of Ontario, committing himself to learning the local, native language. He worked as a parish priest in Sturgeon Falls and Garden Village, West Bay, Espanola, Sagamok and Massey, Ontario. This continued until 1996 when he moved to the Halifax Jesuit Community and served as pastor at Our Lady of Mt. Carmel, Shad Bay, N.S., and then at St. Catherine of Siena Parish, Halifax. In 2003, he became an Associate Pastor at Holy Rosary Parish, Guelph, Ontario. He joined the Pickering community in 2012.

Father Len worked at all these tasks with stolid Germanic determination. Faithful to the Church and the Society of Jesus, he read theology throughout his life. He underwent several changes during his lifetime and came to see himself and the world differently, becoming more compassionate as the years went on.

Fittingly for one who was novice master in Guelph for many years, his funeral will be celebrated tomorrow morning, November 13, which in the Jesuit ordo is the feast of St. Stanislaus Kostka, who died as a novice in Rome and is the patron of Jesuit novices. It will take place in the city where he served as assistant to and novice master, in the Church of Holy Rosary Parish, where, from 2003-2012 he served as associate pastor when he was in his late 80’s and early 90s. Burial will be in the Jesuit Cemetery in the afternoon.
Posted by Archbishop Terry at 12:11 PM