New Deacons in the Ottawa Area 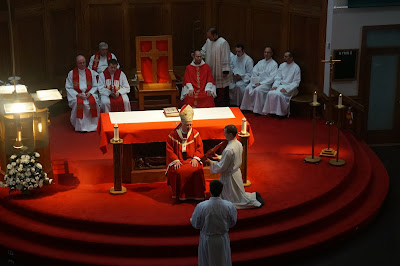 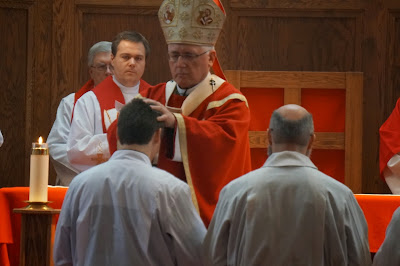 Dear Brothers and Sisters in Christ,

Andrew, the Apostle and Saint we honour today is known by the Greek Church as “protokletos”, the “first-called” disciple of Jesus. This alludes to the text in the first chapter of John’s gospel where Andrew, after his meeting with Jesus, goes and tells his brother Simon about finding the Messiah and brings him to Christ, thus also becoming the first evangelist (John 1.35-42).

This contemplative depiction of the call of Andrew (and his brother called "Peter" by Jesus) contrasts with the dramatic change in direction that is described in Matthew’s gospel that we have just heard proclaimed. There Jesus gazes on the two brothers, calls them, promises to transform them into fishers of people; dramatically, they leave their occupations and possessions to throw in their lot with Jesus. James and John do the same, leaving behind also their father, Zebedee.

These contrasting biblical images remind us that oftentimes there are several dimensions to each person’s vocation as a follower of Jesus, as all three of today’s ordinands can attest.

St. Paul in the selection from Romans speaks of the interior dimension of coming to faith in Christ when one is confronted with his resurrection. The story of Christ is told in one’s hearing, leading one’s heart to be moved to believe the truth of the gospel. Then one is lead by the Spirit to make of an act of faith with one’s lips, proclaiming that “Jesus is Lord”, that is, that he is a sharer in God’s nature; and so, thereby one is saved (which is celebrated in sacramental signs: Baptism, Confirmation and Eucharist).

Soon, one cannot help but realize that one is called to go forth to others with this good news, with the joy of the gospel, so as to share the saving message with others who either have not yet heard it (a “first” evangelization) or, having heard of it, have turned away from it and need to be challenged again (an evangelization that is “new” in its ardour, methods and expression).

Increasingly today Christians are being challenged by the Church herself to grow into a personal relationship with Christ, thereby becoming disciples who are simultaneously missionaries to family, friends, neighbours and fellow citizens! 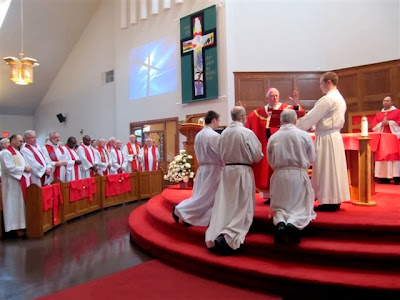 This week, in an apostolic exhortation, Pope Francis pointed out the importance of a personal relationship with Our Lord for all servants of the gospel.

The joy of the Gospel, he writes, “fills the hearts and lives of all who encounter Jesus. Those who accept his offer of salvation are set free from sin, sorrow, inner emptiness and loneliness” (Evangelii Gaudium, #1). The Holy Father goes on, “I invite all Christians, everywhere, at this very moment, to a renewed personal encounter with Jesus Christ, or at least an openness to letting him encounter them; I ask all of you to do this unfailingly each day. No one should think that this invitation is not meant for him or her, since “no one is excluded from the joy brought by the Lord” (Paul VI, Gaudete in Domino). The Lord does not disappoint those who take this risk; whenever we take a step towards Jesus, we come to realize that he is already there, waiting for us with open arms” (EG, #3). 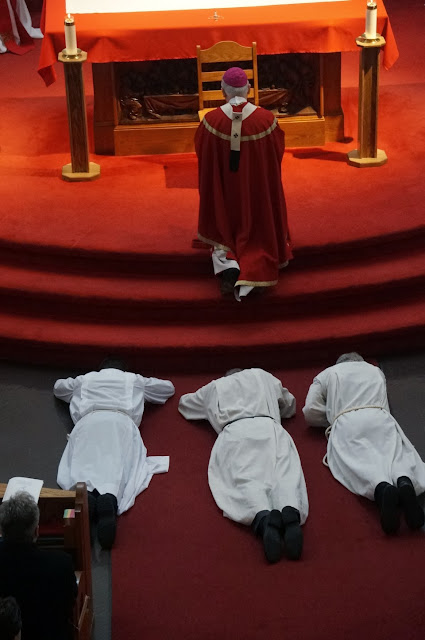 Beloved brothers and sisters: these men Matthew Chojna, Bryan Kipling Cooper and Douglas Hayman, our sons who are your relatives and friends, are now to be advanced to the Order of Deacons.

In the Book of Numbers read at the beginning of the Liturgy of the Word, we learned that Moses appointed Levites to assist in the devotional life of God’s holy people. The role of Levites, as is the case with deacons, was to assist the priests and to perform duties for Aaron the high priest and for the whole assembly. They were, in effect, to help the people have access to God’s sanctuary. But they were also to set boundaries between the sanctuary and the camp, and to teach distinctions between virtue and sin to keep God’s people out of harm’s way. There is an order and harmony in the design of God’s creation.

If proper teaching and practice are not instilled, then life and goodness suffer. Chaos and death ensue. But we must recall that such precepts flow from the encounter with Christ [not before it], just as it did for the people of Israel following their encounter with the living God.

Strengthened by the gift of the Holy Spirit, these men will help the Bishop and his priests in the ministry of the word, of the altar, and of charity. They will be servants to all. As ministers of the altar, they will proclaim the Gospel and its message of compassion and hope, prepare the sacrifice, and distribute the Lord’s Body and Blood to the faithful.

In addition, it will be their duty, at the Ordinary’s direction, to exhort believers and unbelievers alike. They will instruct them in holy doctrine. They will preside over public prayer, administer Baptism, assist at and bless Marriages, bring Viaticum to the dying, and conduct funeral rites. 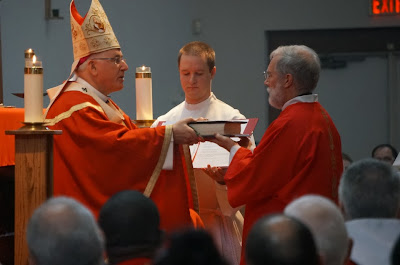 Consecrated by the laying on of hands that comes down to us from the Apostles, they will perform works of charity in the name of the Bishop or the pastor. With the help of God, their labours will give public testimony of being disciples of the Lord who came not to be served, but to serve.

As Deacons, my sons, do the will of God from your heart. Serve the people in love and joy as you would the Lord. Because no one can serve two masters, look upon all defilement and avarice as serving false gods.

Like those chosen by the Apostles for the ministry of charity, you should be men of good reputation, filled with wisdom and the Holy Spirit. See your ministry of caring for the poor and needy as an extension of God’s compassionate mercy.

Pope St. Leo the Great described this marvellously, “there is nothing more worthy of man than that he become an imitator of his Creator and...the executor of the divine plan. For when the hungry are fed, the naked are clothed and the sick are strengthened–is this not the divine assistance that the hand of the minister accomplishes, and is not the goodness of the servant the hand of the Lord at work? For when God finds a helper to realize his merciful touch, he so limits his omnipotence, that he alleviates the sufferings of man through the actions of men.”

As Pope Francis does so often, having proclaimed his desire that the Church be “of the poor” and “for the poor,” I urge you to be daring and invite other disciples to enter into this outreach to the poor with you.

Firmly rooted and grounded in faith, you are to show yourselves chaste and beyond reproach before God and man, as is proper for stewards of God’s mysteries. 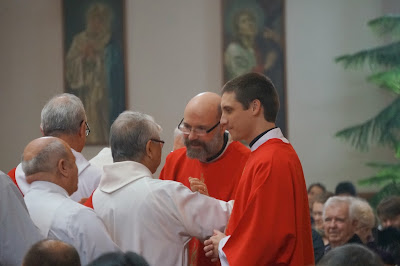 Never allow opposition to turn you away from the hope offered by the Gospel. Now you are not only hearers of this Gospel but also its ministers. Express by your actions the word of God that your lips proclaim, so that the Christian people, brought to life by the Spirit, may be a pure offering accepted by God.

Then on the last day, when you meet the Lord face to face, he will say, “Well done, good and faithful servant, enter into the joy of your Lord.” 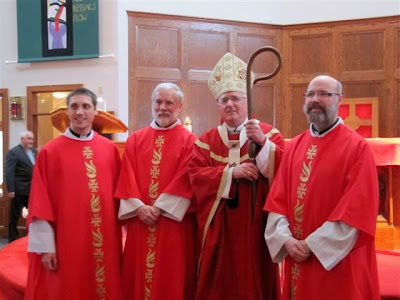 Posted by Archbishop Terry at 8:32 PM