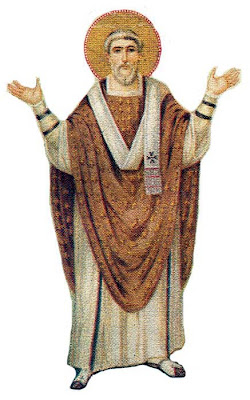 According to tradition, St. Peter sent St. Apollinaris to Ravenna, Italy, as its first bishop.

His preaching of the Good News was so successful that the pagans there beat him and drove him from the city. He returned, however, and was exiled a second time.

After preaching in the area surrounding Ravenna, he entered the city again. After being cruelly tortured, he was put on a ship heading to Greece. Pagans there caused him to be expelled to Italy, where he went to Ravenna for a fourth time.

He died from wounds received during a savage beating at Classis, a suburb of Ravenna.

A beautiful basilica honouring him was built there in the sixth century.

The event is especially important because the basilica, a church of rare beauty, is considered the cradle of the Christian faith in this region and preserves the body of its first Bishop, St Apollinaris, who evangelized Ravenna in the second half of the second century and later became patron of the city, the Diocese and the entire region.

During the celebration of this significant event, I would like to be united in spirit with the people of Ravenna, who are giving fervent thanks to the Lord for the countless benefits they have received throughout their long history of faith. The city, famous for its memories of a glorious past and for the splendid monuments that adorn it, owes its greatness to the skill and diligence of its children, who were and are the attentive and hard-working artisans of its civil and economic development. It also benefited from some particular circumstances which made it a very important political and cultural centre, open to dialogue with the East.

From here shone the last rays of the Western Empire in the turbulent period of its tragic setting; from here came the providential fusion of young energy from the peoples of Northern Europe with the cultural riches of the Roman genius; from here the first witnesses to the Christian faith spread to the surrounding region. Among them St Apollinaris holds a significant place as the first Bishop of the Church of Ravenna, who, by his labour and suffering, laid the firm foundations of the city's Christian history.


* * *
Direct your faithful, Lord, in the way of eternal salvation, which the Bishop Saint Apollinaris showed by his teaching and martyrdom, and grant, through, his intercession, that we may so persevere in keeping your commandments as to merit being crowned with him. Through our Lord Jesus Christ, your Son, who lives and reigns with you in the unity of the Holy Spirit, one God, for ever and ever

Last weekend, I took responsibilty for the Lord's Day Masses at the parishes at the far western edge of the Archdiocese, St. Michael's in Fitzroy Harbour and its pastoral twin parish, St. Garbriel's in Constance Bay.  These are small congregations but warm and welcoming ones. 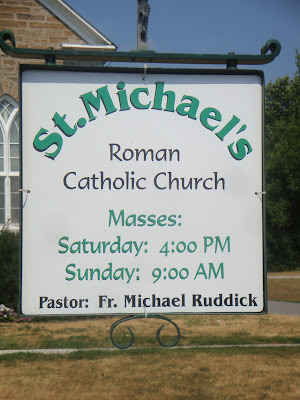 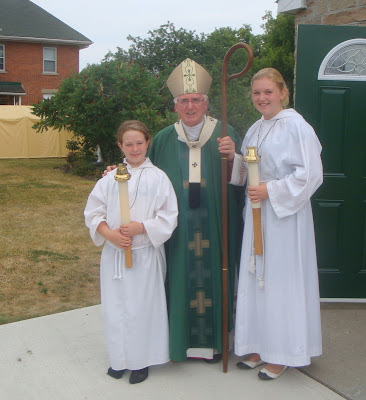 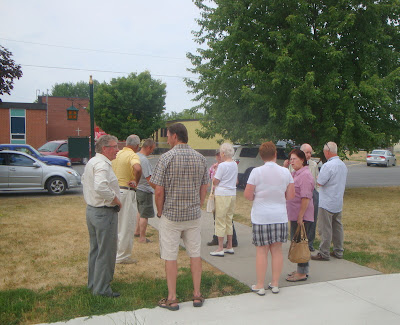 Posted by Archbishop Terry at 6:58 AM